by Robert Lopresti
It is always a pleasure to discover a  good new – or new to me – writer, especially someone from an unfamiliar corner of the mystery world. The award winning Jane Harper, born in the UK, raised in Australia, educated in part back in the UK, and now living and writing in Australia, fits the bill.

Her novels, two so far with a third out this month, are rooted in the Australian landscape. The Dry, set in the backwater farming town of Kiewarra, is about the murder of a family. But it is also about the corrosive effects of prolonged drought, blistering heat, and looming fires on a struggling insular community. She creates the hardscrabble sheep-raising district with visceral intensity, a perfect scene for her tough, frazzled, anxious characters.

If The Dry is all about heat and looming impoverishment, Force of Nature offers upscale characters and an icy rain – Aussie weather apparently runs to extemes. A top female executive goes missing on a pricy bonding adventure in a wildlife reserve, a place of towering trees, impenetrable undergrowth, and sinister history. Rain and cold, missed trails, lost food and water lead to a breakdown, different from, but nearly as complete as that faced by citizens in bone dry Kiewarra. In both novels, Aaron Falk, joined by his new work partner Carmen Cooper in Force of Nature, provides a thoughtful, reserved presence.

The novels are skillfully well-plotted with an abundance of possible (and plausible) suspects and poignant collateral damage. What interested me, however, was her variation of the traditional and familiar device of past is prologue. The crime in each novel has echoes of long past misdeeds, mistakes, and relationships. Nothing new there.

What is original, I think, is the way that Harper has woven glimpses of the past into the ongoing narrative. Throughout both books, short italicized sections challenge, and sometimes correct, what characters claim in the present. In The Dry in particular, a scene may be presented more than once, the second time reversing the meaning of a remark or an event that had originally seemed quite straightforward, sending the investigation on a new direction.

Often the corrections or elucidations have to do with events from the characters’ own youth. Childhood is rarely a golden age for Harper’s characters and even those initially blessed with happiness rarely sustain it long. But if joy is fleeting, youthful friendships, hatreds, and rivalries have a long life in her fiction. It is perhaps not giving too much away to say that memories of the past both assist and hinder Federal Agent Falk in his investigations. Or that the investigator, primarily a financial sleuth specializing in fraud and white collar crime, is himself shadowed by long ago events in Kiewarra. 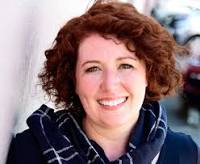 Although it may not be to every reader’s taste, I found Falk’s restraint in his personal relations a pleasant and realistic change from the heavy breathing romances that so often feature in mysteries and, especially, thrillers. A fleeting hint of attraction to his new partner and a nostalgic visit to a popular classmate back in his home town are enough to indicate Falk’s uncertain confidence and basic decency. He’s got baggage, but he’s an adult.

Jane Harper worked for a number of years as a journalist in Australia before winning a short story contest led her to begin taking her fiction more seriously. Apparently a 12 week online course in novel writing proved instrumental in turning an early manuscript into The Dry. Nice to know that contests and online courses occasionally can pay off!