For Fun or for Profit? 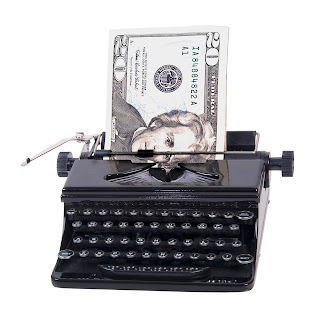 In a discussion with some fellow short-story writer friends several weeks ago, a familiar question was asked:

How much should we expect to be paid for what we write?

Oddly, about a third of the group maintained that if you write well, then by God you should be paid well for it. Another third said it all depends. The final third said they just want to be published, period--any kind of pay would be icing on the cake.

It will surprise none of you that most of the folks who insisted that we must always be paid well are those established authors who publish regularly in prestigious markets--and the writers who didn't care whether they're paid or not are mostly beginners. The middle third were, well, somewhere in the middle.

I'm one of those. I have an odd take on this issue. In theory, I agree with the first group. Fiction writers, like any other craftsmen, should expect fair compensation for what we create, and we shouldn't waste the result of our hard work on those who won't or can't pay us for it. It's sort of like the hot-dog vendor on the street corner. He has something of value to sell and he has customers who want his product. They don't expect him to work for nothing.

Actually, though (and I'm a little reluctant to admit it), this whole writing gig is so much fun, I'd probably continue to do it whether I sold anything for real dollars or not. Writing is, after all, not my primary career; I'm retired from my primary career. And the truth is, even though I like money as well as the next guy, I do sometimes (not often) submit stories to markets that either don't pay or pay very little, and I do it for a couple of reasons. One is that some of these publications helped me out when I was just getting started, and gave me places to at least get a byline or two--and most of these places still have the same editors, many of whom I consider friends. So, yeah, I'll occasionally send one of them a story, and feel good when they publish it. Another reason is, I might see an interesting-looking but non-paying market that considers reprints and send a story there as well. It's not that I don't value these reprints. I do. But sweet Jiminy, i have hundreds of them and they're just sitting there on my computer, doing nothing. I might as well suit them up and send them out into the world again and get some more good out of them.

I recently read Playing the Short Game, a book by Douglas Smith about how to market short fiction. Not how to write it; how to market it. Smith's view on this was Don't ever, ever send a short story to any market that doesn't pay professional rates. And I see his point. You might not become rich using that approach--not many short-story writers are--but you'll at least get a fair payment for what you've written. He also makes the argument that you should be trying to build a respectable resume, and any place that publishes your story and doesn't pay you professional rates for it probably isn't a place you want to list as a publishing credit in your bio. (Professional rates are usually considered to be at least six cents a word.)

I must confess that, despite my occasional support of certain nonpaying markets, most of the stories I currently submit are sent to places that pay well. It's not just the money; it's validation. It's the pat on the head that you feel you deserve for producing something worthwhile. I can't help thinking about one of the how-to-write books on my shelf by Lawrence Block, called Telling Lies for Fun and Profit. A key word in that title is and. He didn't say "for fun or profit." 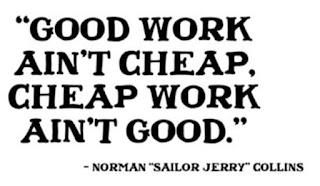 Anytime this subject comes up, I recall an incident that happened to me years ago, when I was gainfully employed. I was standing around with a bunch of co-workers one day, at a client location, when one of my non-writer colleagues appeared with a copy of a magazine that had recently published one of my stories. He was showing my story to everyone, and another person in the group asked me how much I was paid for it. I hemmed and hawed and stalled for a while, but finally he insisted I tell him the amount. So I did. His reaction, after he'd closed his mouth and uncrossed his eyes, was: "Are you kidding? That little story's not worth that much." I wasn't offended--but my reply to him was an honest one: "Actually, it's worth whatever someone will pay you for it." And I still believe that. I've seen a lot of expensive pieces of abstract art that I'd be embarrassed to hang in my neighbor's doghouse--but it was probably worth a lot to whoever bought it.

One more thing. I've focused on short fiction here for two reasons: (1) I write mostly short stories, and (2) novels don't follow the same rules, regarding payment. But generally speaking, do you feel we as fiction writers should always be paid professional rates for our work? Can you think of a situation where you'd "sell" a short story--or maybe a novella, let's say--to a place that doesn't? How do you editors out there, of both magazines and anthologies, feel about all this? Should writers be expected to contribute a story to an anthology that doesn't (or might not, in the case of royalties) pay a fair amount for a story? What would you consider to be a fair amount? As a writer, have you ever published something in a magazine that paid you only "in copies"? Let me know--we po folks have to stick together.

By the way, Velma, I'm still waiting for my SleuthSayers check…
Posted by John Floyd at 00:01