Changing All Them Changes


by Steve Liskow
As the year winds down and I still wait for the last microscopic royalty check, I can't help noticing how quickly the publishing landscape changes. Axioms from a few years ago are now irrelevant and all you can do is try to keep up. My one concrete takeaway from 2018 is that I finished in the black for the first time since 2015. As usual, it's not because of book sales, but from events. About 47% of the income associated with my writing comes from workshops and panels. 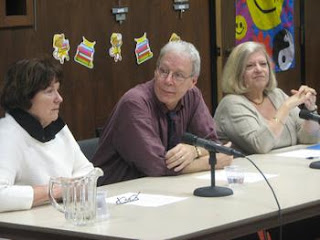 Self-publishing means you do lots of promotion, which takes away from actual writing time. Tomorrow night, I will join a Sisters in Crime panel on promotion, but I'm not sure I really know anything to pass on. As things change, there's a good chance that I will guess wrong. I  hope that I learn from those mistakes.

My only core beliefs are (1) a good book is your best marketing tool. People will tell other people about it. (2) That same word of mouth is still your best advertising method. That means that you have to write a good book and behave yourself. Don't be a jerk because word gets around, and people don't buy stuff from jerks. 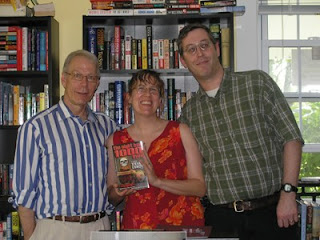 How do you get news of your book out there? That's a tough one. More and more "experts" agree that social media does little unless you're already well-known. Lee Child, Stephen King, Laura Lippmann and a handful of other writers can tweet about their new book and watch it fly off the shelves, but it doesn't work for mere mortals like me.

Every writer I know has a website and most of us have a Facebook page and maybe other accounts like Twitter or Instagram. Even though I post events and invite people on Facebook, they will only buy the same book once, so I can only invite a person to an event once or twice a year unless they like to stalk me (Hey, there's another plot idea!).

I no longer do a "reading" because they don't return much. I used to sell a book for every seven or eight people who attended, and often had fewer than seven attendees. Conducting a workshop means I actually get PAID, and I used to sell a book for about every three attendees. Maybe they felt they owed me because I gave them something back. Maybe they enjoyed the presentation. Maybe I wasn't a jerk (See above). Whatever the case, that number no longer holds true, either.

I used to charge libraries a flat rate for the workshops and draw ten to twelve people. I also used to conduct six or eight workshops a year. Unfortunately, library budgets in Connecticut have been slashed over the last three years, so in 2017 and 2018, I did a TOTAL of two workshops in libraries. 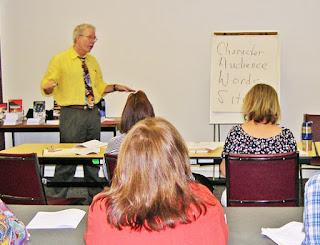 How have I kept up with the changes? Truthfully, I'm still struggling. The Storyteller's Cottage, about twenty miles from my condo, opened late in 2017 and does events almost daily. They promote local writers and do lots of events, including both workshops and signings. The staff is great and they promote like mad. They're worth their weight in uncut cocaine. BUT the Victorian house built in the 1890s has tiny rooms, with a capacity of about six people and my ego. I've done eight workshops there in the last year, but we split the tuition. That means a packed workshop nets me less than half what I made at libraries, and I seldom sell more than one book.

Last November, the cottage began selling local author's books on consignment at a generous split. It's better than a poke in the eye with a sharp stick. I have several workshops set for next year already, so it's a little something. The good news is that people show up and feel I'm worth having back.

Last spring, O'Neil De Noux invited me to join an eBook package with nine other writers. I sold a lot of eBooks because people had to buy mine to get the Lawrence Block or Dean Wesley Smith book. I've never done that before, and it worked out well. Thanks, O'Neil.

Five short stories were to appear this year, my personal best (I hear several other Sleuthsayers snickering because that's a decent week for them). Four of them are to markets that didn't exist two years ago, which is good because many of the older markets have disappeared. Less advertising revenue is going to print media now, so both Ellery Queen and Alfred Hitchcock, reliable markets since the late 1940s, have scaled back to six issues a year from their original ten (two double issues, Christmas and Summer). That means they buy fewer stories. Two of the five stories went to quarterly magazines that are still finding their way. One last appeared in May and the other in July, but they both told me their next issues would be out "in about two weeks." That was before Veteran's Day. I like to promote magazines that publish my stuff, but when they don't come out as promised, I look bad and can't help them.

Since June, three indie book stores have opened in my area. I've visited them to discuss consignment sales or events. I've met with with nice people who are still figuring out how things are going to work, so nothing is settled yet, but it's another way to go.

Create Space has become Kindle Direct. The mechanics of publishing Back Door Man were mostly the same, but the few changes were all to my advantage. I received proofs more quickly, so I could OK them and order copies more quickly, too. I can navigate the new site a little more easily to track my sales, too. Someone who understands computers and marketing could do far more than I can, but I'm a little less ignorant than before. 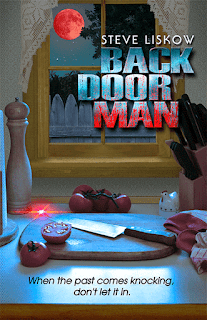 My cover artist didn't like the name of a band that appeared in Back Door Man, so I posted a "Name the Band" contest on my website and Facebook page and with Sisters in Crime. The person who gave me the best new name for the band (I ended up using two because they were both great) became a minor character in the book (not a victim) and received a signed copy. One recipient has already posted a five-star review. The other reviews on a website I had never heard of before...and she has over 1000 followers. As Herman's Hermits said, "somethin' tells me I'm into somethin' good..."

2019 will be different, and differently.

I have sold stories to two anthologies that will appear in late 2019 or early 2020, and I'm about 75% through the first draft of another Woody Guthrie novel. Five short stories are under consideration with various editors now and I have two more in progress. I have six events planned and I'm waiting to hear from those indie book stores.
Next week, I will be pitching another workshop at another venue.

If you aren't changing, you're falling behind. 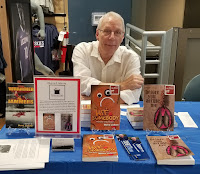