The Best of Brittain

One spring day when I was in the ninth grade, my English teacher — Mary Ryan — handed me a copy of the June 1966 issue of Ellery Queen’s Mystery Magazine and told me she thought I might find it interesting. She was right, and her thoughtful gift wound up changing my life.

That first EQMM basically dropped into my hands, like manna from Heaven. The next month, though — and every month thereafter until I graduated from high school and went off to college — I had to pedal my bike up Old Jerusalem Road in Levittown, New York, to the candy store a mile away to buy a copy of the new issue (along with the latest Mad, of course) from their magazine rack.

My second issue, dated July 1967, contained a delightful story called “The Woman Who Read Rex Stout,” by someone named William Brittain. It was the fourth entry in a series that had begun the previous year, with Brittain’s “The Man Who Read John Dickson Carr” and “The Man Who Read Ellery Queen” appearing back to back in the December ’65 issue.  (The third “Man Who Read” story, intriguingly titled “The Man Who Didn’t Read,” came out in May ’66, just before I became a regular reader.)

A fifth story, “The Boy Who Read Agatha Christie,” was published in December ’66, and the next year Brittain created a new series character, Leonard Strang, science teacher at Aldershot High School. Mr. Strang featured in three 1967 stories, and a fourth case for the science teacher and a sixth “Man Who Read” story came out in 1968.

Mr. Strang’s fourth adventure was in the December 1968 EQMM, and that was a very special issue for me, since it also included my own first-ever published piece of fiction, “E.Q. Griffen Earns His Name,” written when I was sixteen years old and published shortly after my seventeenth birthday, when I was a high-school senior.

Since I was now officially a “professional” author, I was eligible for membership in the Mystery Writers of America. I joined, and — though I was too young to drink the cocktails — began taking the Long Island Rail Road into Manhattan for the MWA’s monthly cocktail parties in its offices in the shabby old Hotel Seville. The membership — all at least a couple of decades older than me — treated me with amused tolerance, and I became friendly with an assortment of people who, over the previous couple of years, had become my heroes: Dorothy Salisbury Davis, Hilary Waugh, Lawrence Treat, Robert Bloch, Hans Holzer, Chris Steinbrenner (who tended the bar and could be counted on to slip me a couple of those cocktails I wasn’t old enough to drink), and others. 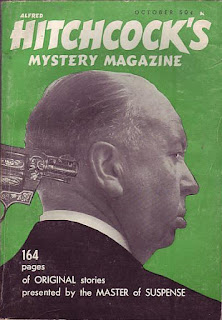 Four married couples — in each of which it was the husband who was the crime writer — took me under their wings and made me feel as if I was truly a member of a warm extended family: Ed and Pat Hoch, Stan and Marilyn Cohen, John and Barbara Lutz … and Bill and Ginny Brittain.

Bill wound up writing a total of eleven “Man Who Read” stories and thirty-two featuring Leonard Strang, all published in the pages of EQMM between 1965 and 1983. Between ’64 and ’77, he also penned twenty-nine standalones, eight (including a pair credited to “James Knox”) to Queen’s, twenty to Alfred Hitchcock’s Mystery Magazine (which ran his first-ever story, ironically titled “Joshua,” in its October ’64 issue, fourteen months before Bill cracked EQMM), and a single tale, his last published short story, “The Ferret Man,” to Antares.


After that, Bill decided to try his hand at writing books for younger readers, beginning with All the Money in the World in 1979 and ending with The Wizards and the Monster in 1994; bookended between those two were an even dozen others, including the Newbury Honor winner The Wish Giver in 1983. 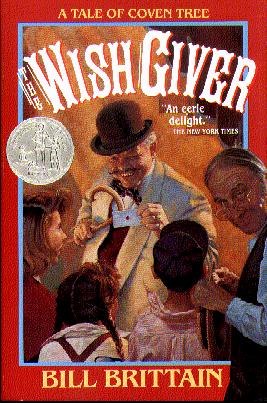 Meanwhile, I went to college and grad school, taught for a year and a half at what was then Slippery Rock State College (now Slippery Rock University) in — I’m not making this up — Slippery Rock, Pennsylvania, and in 1976 I moved overseas, first to The Netherlands and eventually to Germany.

Bill and Ginny and I exchanged transatlantic snail mail for several years, but eventually lost touch.

And, to my regret, I never picked up the thread of our friendship after returning to the US in 1991. By then, Bill — himself a teacher, though he taught English at the junior-high level, not science to high-schoolers like Mr. Strang — had retired, and he and Ginny settled in Asheville, North Carolina, where they lived until his death on December 16, 2011, his eighty-first birthday. Not long after he passed on, Ginny returned to upstate New York to be close to their daughter, Sue Brittain Gawley.

Two years ago, in 2016, Dale Andrews and I decided to co-edit The Misadventures of Ellery Queen, a book I’d originally proposed to Frederic Dannay — who was half of the Ellery Queen writing team — in the early ‘70s. The book (which was published by Wildside Press earlier this year, and which you can order in hard cover, paperback, or for Kindle apps and readers here) consists of three sections: Pastiches (which are serious recreations of the Ellery Queen characters), Parodies (which poke fun at EQ, turning him into such bizarre incarnations of himself as Celery Keen and Elroy Quinn), and Potpourri (which includes stories inspired by Ellery the author, Ellery the editor, and Ellery the character).

One piece I knew had to be included in the Potpourri section was my old friend Bill Brittain’s “The Man Who Read Ellery Queen.” So I did some sleuthing of my own, and came up with a phone number for Ginny, who doesn’t use email. I called her, and we talked for an hour, our first conversation in decades. We had a wonderful talk, and she was happy to grant Dale and I permission to use Bill’s story in our book.

So happy, in fact, that I asked her how she’d feel about a possible collection of only Bill’s stories. That idea rocketed her straight up to Cloud Nine, and as soon as we got off the phone I emailed Doug Greene and Jeff Marks, the publishers at Crippen & Landru, to suggest a book I wanted to call The Man Who Read Mr. Strang: The Collected Short Fiction of William Brittain.

Within an hour, I had enthusiastic yesses from both of them, and I got to work.

Janet Hutchings, Jackie Sherbow, and Deanna McLafferty of EQMM graciously scanned and emailed me most of the stories, and Charles Ardai, Jon Breen, Mike Nevins, Bill Pronzini, and Arthur Vidro provided the rest of them. I typed them up and edited them lightly and wrote an introduction, Sue Gawley wrote a nostalgic afterword, and at Robert Lopresti’s suggestion I researched and compiled a comprehensive checklist of all of Bill’s publications for the back of the book.

In June of this year, I took my brand-new Kia Sportage out for its first road trip and drove from my home in Northern Virginia up to Rochester, New York, to have dinner with my old friend Patricia Hoch. The Hochs and the Brittains had been friends in Rochester before either Ed or Bill began to publish and had remained close for many years after both writing careers began, but they, too, had lost touch after the Brittains moved to North Carolina. So the next day I took Pat to Buffalo to have a splendiferous Italian lunch with Ginny and Sue., and this was the first time Pat and Ginny had seen each other in thirty years.

The original plan was for my book of Bill’s stories to come out in September, and I was eager to hand-deliver copies to Ginny and Sue. The book wound up delayed by a couple of months, though — due to no fault of the fabulous folks at Crippen & Landru! — and, by the time it finally came out last month, now titled The Man Who Read Mysteries: The Short Fiction of William Brittain, it was Thanksgiving weekend and I couldn’t get away. If you’d like a copy, you can order it directly from C&L here; I’ve arranged that whatever income I would normally receive for having edited the book will go directly to Ginny, so I hope you’ll buy lots of copies! It is now also available on Amazon.

I’ll go up to Buffalo and Rochester again in the spring, to share more time with Ginny and Sue and Pat and schmooze about the old days when I was a punk teenager just getting started in this crazy business and Ed and Pat and Bill and Ginny were much kinder to me than I could possibly have deserved. I’m looking forward to that.

Meanwhile, Dale and I are working on The Further Misadventures of Ellery Queen, and Doug and Jeff tell me that, if The Man Who Read Mysteries sells as well as they think it will — according to Doug, Bill is “one of the authors most requested by Crippen & Landru readers throughout its 25-year history” — they’d like me to do a second volume, including the rest of the Mr. Strangs.