A War on Christmas?

When I was a wee lad with a jolly red nose (‘jolly’ = ‘drippy’), radio evangelists fumed that Xmas was disrespectful and probably blasphemous. Campaigns raged: “Help keep the Christ in Christmas.”
Good Sunday school teachers like Barbara Ritchie, Phyllis Miller, and my own mother quietly debunked the notion Xmas was sacrilegious. A War against Christmas sold radio spots and little more. But wait… Xmas? It does sound irreligious.

X, symbolically used by early Christians, referred to the first Greek letter of Χριστός or Christós, ‘the anointed’. See how easily you can read Greek? 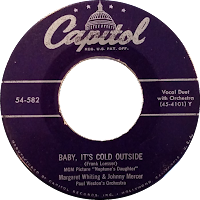 A battle against Christmas may not be waging at the city gates, but a war against up to a dozen Christmas songs comes as no hoax. This present day problem derives from humor-deficient, history-challenged, literal-minded Scrooges bereft of feeling of an era. Such misery misers seem prone to misconstrue meanings of phrases used at the time they were written… and understood.

A current target is the Academy Award winning ‘Baby, It's Cold Outside,’ overshadowed by the spectre of rape. Peculiar because Frank Loesser wrote the song to sing with his wife, Lynn Garland, to wrap up at parties in their flat in New York City’s Navarro Hotel, and suggest to guests it was time to depart into the night.

Once upon a time, it was de rigueur for a lady to protest. It wasn’t becoming for a woman to openly desire s-e-x. As World War II entered its final awful year in 1944, audiences understood the playful ‘call and response’ nature of the song, dialogue that would guide modern couples through a relatively repressive era, and help society understand sensuality, passion, and sexuality are healthful and natural. Loesser and Garland sang the song to hint they’d like romance time alone. The song made it into the 1949 MGM movie, Neptune’s Daughter. 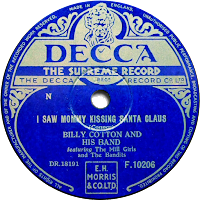 The so-called date-rape drug slipped into her drink? Eleven years after Prohibition, it’s almost certainly whiskey in the eggnog, Irish in the coffee. Sheesh, get a life.

While we’re on the topic, let’s deal with another maligned song. The ‘Mommy Kissing Santa Claus’ isn’t carrying on an affair with Father Christmas. He’s the daddy, see, her husband who… Oh, never mind. If one has to explain it…

Speaking of songs on the hitlist, ‘The Twelve Days of Christmas’ offends some people with claims of sexism and animal cruelty and, according to at least one blog, slavery.

The lyrics published in England date back to 1780. They probably derived from a considerably earlier composition in France. The arrangement we hear today, including the drawn-out “five gold rings,” was written in 1909 by British composer and baritone Frederic Austin. 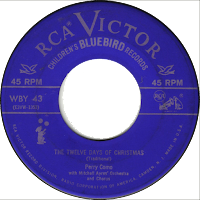 The ballad tells us a few things seemingly forgotten in an urban world. For one thing, a-milking is not the same as a-lactating. C’mon, get a life. Households often kept chickens or geese, and a cow, goat, or even sheep.

The song reminds us Christmas once encompassed twelve days plus the Feast of the Epiphany. I’ve discussed this before: The twelve days doesn’t culminate on December 25th, it commences. In other words, the 25th of December begins the twelve days of Christmas, which ends on the 5th of January. ‘Little Christmas’ follows on 6 January, also called Three Kings Day. Yay! That means it’s okay to leave your decorations up until at least the 6th of January. 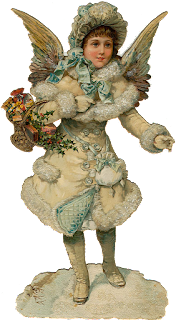 The Twelve Days carol includes a little mathematical curiosity. The count of gifts each day is cumulative. The recipient doesn’t merely receive two turtledoves on the second day, but two doves plus an additional partridge. On the third day, six presents arrive– 3 hens, 2 doves, and 1 more partridge. Thus for the season, a total of twelve partridges are handed over, as are twenty-two doves, thirty French hens, etc.

When all the gifts are counted, the grand total comes to 364… one for every day of the year minus one. What day came up short? I have no idea.

Help keep the ❤︎ in Christmas.
Posted by Leigh Lundin at 00:00