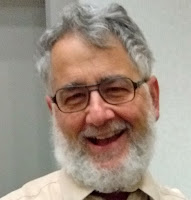 Stephen King has a new novel out, which will no doubt make a lot of people happy, and probably terrify them as well.  But what inspired this column was a review of the book by Karin Slaughter in the Washington Post.

She liked the book a lot but she spoke of "the underlying fugue of displacement.  Readers should take warning: The characters in the mirror are younger than they appear."

What she means is that King's people, although by no means old, never text and don't seem to realize that their phones have cameras.  "A woman in her early 40s wonders whether John Lennon, who was murdered 38 years ago, was still alive when she started living with her husband."

It is an easy trap for writers to fall into: Making characters of different ages think/speak/act like people you are familiar with, rather than people they would be familiar with.

And it's more than just whatever age the writer happens to be.  It has to do with the time period the writer thinks is his.  John Knowles wrote in his novel A Separate Peace: "Everyone has a moment in history which belongs particularly to him.  It is the moment when his emotions achieve their most powerful sway over him, and afterward when you say to this person 'the world today' or 'life' or 'reality' he will assume that you mean this moment, even if it is fifty years past.  The world, through his unleashed emotions, imprinted itself upon him, and he carries the stamp of that passing moment forever."

Quick!  Answer this off the top of your head: Twenty-five years ago was what year?

If you had the right answer, good for you.  But many of us would guess further back, lost between the present and the moment "that belongs particularly to" us.

Back in the eighties a friend told me about a woman in her writing group whose contemporary novel-in-progress featured a young veteran just back from Vietnam.  In the 1980s.  I suspect that she had been thinking about the plot for a decade and hadn't remembered that the real world had drifted by while her soldier boy hadn't aged a day.

When I created my character Shanks I was 40 and he was 50.  I am some 20 years older but through the Miracle of Author's Convenience, Shanks remains in his early fifties.  The problem is that in some ways his attitudes are those of a man born in the forties instead of the sixties.  I have to fight that but how much can I change such things without changing the character?

It is a constant fight to stay out of the sweet land of anachronism...
Posted by Robert Lopresti at 00:00