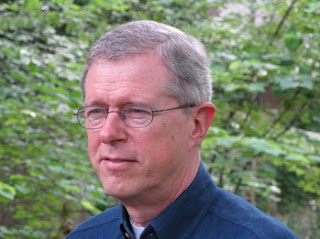 I've often told my writer friends that one of the things that inspired me to write short stories was probably my love of "anthology" TV shows when I was a kid in the fifties and sixties. You might remember some of those: One Step Beyond, Death Valley Days, The Outer Limits, Alfred Hitchcock Presents, etc. Unlike series presentations, these featured different stories with a different cast every week--stories with definite beginnings, middles, and endings that could be told in half an hour or so, start to finish. And many of them included surprise endings. Who could forget Hitchcock episodes like "Lamb to the Slaughter" and "Man From the South" (both written by Roald Dahl)?

But the most popular of all those genre anthology shows was about . . .

". . . a fifth dimension beyond that which is known to man. It is a dimension as vast as space and as timeless as infinity. It is the middle ground between light and shadow, between science and superstition, and it lies between the pit of an's fears and the summit of his knowledge. This is the dimension of imagination. It is an area which we call the Twilight Zone."
--Rod Serling, opening narration from Season One


The Twilight Zone ran for five seasons, from 1959 to 1964. I liked it so much that a year or two ago I ordered the complete series on DVD--156 episodes--from Amazon, and last month I finally watched the last of them. Now that I'm done, I think my wife is secretly thrilled to no longer have to listen to that theme music every time she walks through the den, or hear Rod Serling's strange and instantly recognizable voice announcing each episode or giving the audience a teaser for the one "coming up next week." 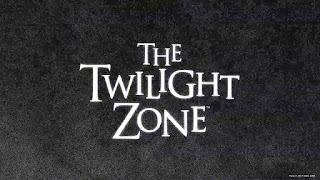 Having rewatched all five seasons, in order, I've taken the liberty of listing what I thought were the 25 most entertaining episodes, with #1 being the best and scaling down. These are available in many formats, some of them on YouTube, so I've not mentioned any spoilers in case you ever choose to dive back into those shows. I've also included a short description of my top 25--especially my top ten. If you are or were a Zoner, you might recall some of these:

1. "Time Enough at Last" -- Written by Rod Serling and adapted from a short story by Lynn Venable. Burgess Meredith is a man who loves to read, but those around him (his wife, his boss, etc.) allow him no time to do it. One day after he's sneaked into the vault at work to read during his lunch hour, a nuclear blast destroys his building. Protected by the vault walls, he emerges to find that he seems to be the only person left alive in the world. He soon discovers, though, a library with its books still intact--a paradise for a booklover. Or so it seems . . .

2. "Nightmare at 20,000 Feet" -- Written by Richard Matheson. A pre-Star Trek William Shatner is a nervous passenger on a commercial airliner who looks out the window in mid-flight and sees a hairy monster standing on the wing, trying to rip out one of the plane's engines. But no one else sees it--or believes him. (This show became one of the segments featured in Twilight Zone: the Movie, starring John Lithgow.) 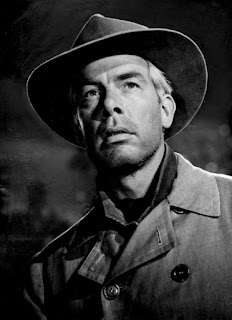 3. "The Grave" -- Written by Montgomery Pittman. Lee Marvin is a gunman hired to track down an outlaw, but before he can catch up to him, the outlaw dies and makes a deathbed vow: If his pursuer ever comes near his grave, the dead man will reach out and grab him. (This episode also features later western stars Lee Van Cleef, James Best, and Strother Martin.)

4. "Walking Distance" -- Written by Rod Serling. Frustrated executive Gig Young travels back to his hometown and discovers that he's also traveled back in time, to when he was a child. He meets his parents, a younger version of himself, etc., and learns that no one can ever regain his youth.

5. "Steel" -- Written by Richard Matheson. In a technology-dominated future, former boxer Steel Kelly is the owner and manager of a robot prize-fighter named Battling Maxo, who's scheduled to fight another robot boxer named The Maynard Kid, for a badly needed $500 payoff. But Maxo breaks down at the last minute, and his owner decides to try to fight Maynard himself.

6. "One for the Angels" -- Written by Rod Serling. Salesman Ed Wynn is told by Mr. Death that he's scheduled to die at midnight. He makes one last sales pitch and convinces Death to let him live, but then finds out someone else must die in his place.

7. "Kick the Can" -- Written by George Clayton Jackson. A resident of a retirement home has decided that the only way to stay young is to try to think and act young. After convincing all but one of his fellow seniors to join him in a game of "kick the can," he and the other players in the game discover they actually are young again. (A variation on this episode also was included in Twilight Zone: the Movie, with Scatman Crothers as a transient nursing-home resident.)

8. "The Last Flight" -- Written by Richard Matheson. A World War I pilot turns tail and deserts his best friend and fellow pilot, leaving him behind to die in an aerial dogfight. The coward then lands at an American air base in what turns out to be modern-day France, and learns that his friend all those years ago--who somehow survived--is scheduled to appear at the base later that day for a visit. 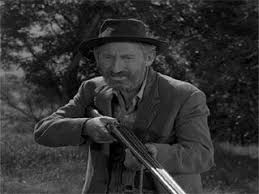 9. "The Hunt" -- Written by Earl Hamner, Jr. After an old man and his dog go on a coon hunt, he returns to find that he has died and now no one can see him or hear him. Soon he wanders into a choice between whether to enter Heaven or Hell.

10. "Third From the Sun" -- Written by Richard Matheson. As their world approaches the brink of nuclear war, a scientist and a test pilot steal an experimental spaceship and make plans for a last-minute escape for them and their families.

12. "The Monsters Are Due on Maple Street" -- Suburban residents prepare for an alien invasion.

13. "The Masks" -- A millionaire's greedy family waits impatiently for him to die.

14.  "Mr. Denton on Doomsday" -- A town drunk is forced into a gunfight with a sadistic bully.

15. "The Jungle" -- An engineer scoffs at a curse placed on him by a group of witch doctors. 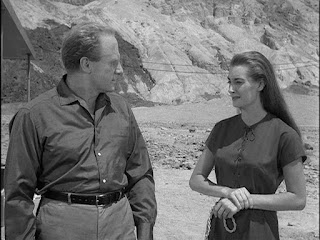 16. "The Lonely" -- A convict on a remote planet is given a woman robot as a companion.

17. "The Eye of the Beholder" -- An outcast undergoes surgery to try to make herself look normal.

18. "The Odyssey of Flight 33" -- A jet airliner travels back to prehistoric times.

19. "Jess-Belle" -- A backwoods witch puts a curse on two lovers before they can marry.

20. "Little Girl Lost" -- a small child disappears into another dimension.

21. "Living Doll" -- An evil Telly Savalas finds that his stepdaughter's doll is out to get him.

23. "A Hundred Yards Over the Rim" -- A wagon train's leader stumbles into the 20th Century.

24. "The Changing of the Guard" -- A professor forced to retire remembers his former students.

25. "The Long Morrow" -- An astronaut falls in love a month before leaving on a 40-year flight.

A few observations, after watching all 156 episodes: 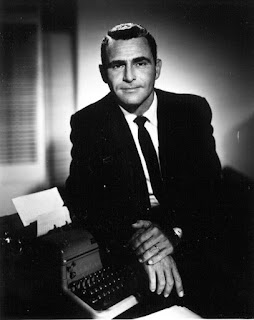 Most of them were written by Rod Serling, but some of the best came from the imaginations of Richard Matheson (Duel, Somewhere in Time, etc.), Charles Beaumont, Earl Hamner, Jr. (The Waltons), and others. One espisode--"I Sing the Body Electric"--was written by Ray Bradbury.

I thought all five seasons contained some fine stories, but the first season probably had more quality shows than the others, and the final two seasons had far more poor ones. It's been said that by that time the writers and producers were beginning to run out of ideas.

Seasons one, two, three, and five featured only 30-minute episodes. For season four they went to hour-long episodes, which proved to be a mistake. Viewers can easily see that there's a lot of padding in many of those fourth-season shows.

Serling loved stories that taught a lesson of some kind, usually about social issues, and many of the episodes that he wrote contained a "message." 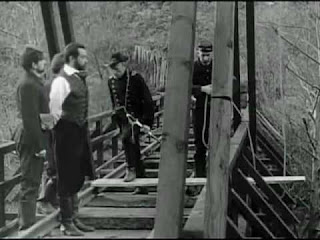 One episode, "An Occurrence at Owl Creek Bridge," won an Oscar. It was a French film that Serling bought for $10,000 as an effort to cut production costs, and was the only one not written by him or his team of writers.

Serling's on-camera introductions didn't start until the second season. In the first season it was his voice only, and he appeared on camera only at the end of each show, to introduce the next week's program.

I found it interesting that not many of the episodes were truly scary (in my memory a lot of them were), and almost all the "funny" shows--the ones that were intentionally humorous--were not well done at all. My opinion only.

I also realized that there's a lot to be learned from TZ--especially if you're a writer of short fiction--about plot, characterization, etc. If you're at all interested, there are two books on the show that I found fascinating: The Twilight Zone Companion by Marc Scott Zicree, and Everything I Need to Know I learned in the Twilight Zone by Mark Dawidziak. 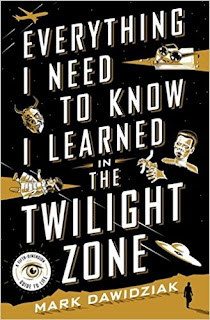 And now a word from our sponsors …
Posted by John Floyd at 00:01