And so is politics.  That or the most dysfunctional family reunion ever.  Certainly that's the way the Republican Primary has been here in South Dakota.  In case you didn't know, South Dakota is red, red, red, red, and more red.  We have Democratic candidates, but there are never any Democratic primaries, because rounding up just one per position is pretty much all we can do.  Anyway, the primary had two huge sections:

(Notice the horse.  This is going to be
important.)


FOR UNITED STATES HOUSE OF REPRESENTATIVES: 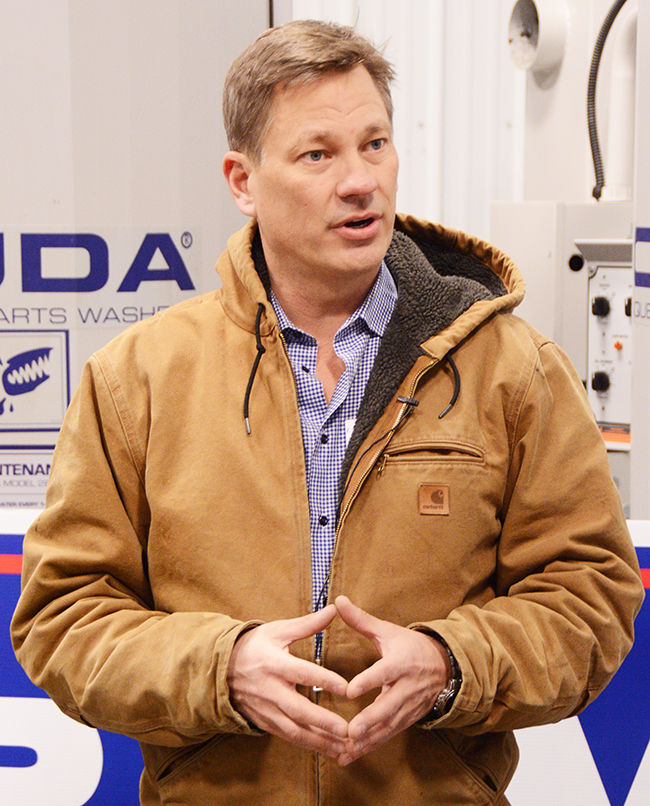 a/k/a the nerdy Chief of Staff to the governor, the beauty queen SD Secretary of State, and the State Senator/South Dakota Trump Presidential Campaign Director.
(Others, not so kind, have referred to them as Howdy Doody, Clarabelle, and Phineas T. Bluster.)


Now before I get started, you need to remember that all of these people know each other, have worked together, have gone to the Governor's Annual Pheasant Hunt ("if you're not there, you're nowhere", and it's invitation only, my dears, invitation only) together, attended Republican conventions and fundraisers, annual ALEC meetings, etc., etc., etc.  South Dakota is one big small town, and there aren't six degrees of separation between anyone - more like two.  Three at the most.

So the campaign started off slow and respectful.  Dignified, even.  The first political ads were exclusively for Jackley, Noem, and Krebs, and I swear each and every single one of them all showed the same words: "Experienced.  Conservative.  Tested."   And then someone would ride a horse.  And load / carry a gun.  Also lot of shots of cattle, hay, farms, and rolling hills.

Now Kristi Noem has always made her horse riding central to her campaigns and she does look damn good on one.  Marty Jackley stuck with just having almost every sheriff in the state sing his praises, after which he'd go pheasant hunting, and then lead his daughter around on a horse.

And then, the local newspaper came out with a poll that said Jackley and Noem were neck and neck, and things got nasty.

Kristi Noem launched ads about the EB-5 scandal (which yours truly has spoken of at length in these blogs).  No mention of my favorite question, "Who killed Richard Benda?" but she did raise the missing $5 million.  (The reason why the United States Customs and Immigration Service letter of September 28, 2015, found South Dakota too unreliable and incompetent, if not downright corrupt, to handle EB-5 visa investments any more. Thanks Dakota Free Press!)

Marty Jackley, who talks about EB-5, the missing millions, Richard Benda, or the missing Gear Up! millions about as often as I request a colonoscopy for fun, ignored all questions of corruption and fired back with ads about how Ms. Noem hadn't kept any of the promises she made on going to Washington.  Even more shocking he appeared in the ad below, talking about balancing the budget.  Locked and loaded indeed!


(My first reaction was, "First they had to drug the horse, right?")

And then Kristi hammered away with ads about Jackley holding up a $1.5 million settlement payment for a DCI employee (sexual harassment; and I can assure you that it was serious, and seriously well-documented, for her to actually win in this state) after Jackley saw said ex-employee sitting with Noem at a Republican fundraiser.  (Argus Leader)
So Jackley retaliated with photos of Noem shaking hands with (gasp!) then-President Obama back in 2015...

Back to our candidates running for our sole House seat.  Dusty Johnson was the odd one out, with quiet ads illustrating fiscal responsibility at dinner out with the kids.  Shantel Krebs ran pheasant hunting ads (it's a theme up here) and urged South Dakota to send her to Washington to help Donald Trump make America great again.  Neal Tapio's ads were a combination of lies about his opponents (Shantel Krebs, for all her faults, certainly did not make South Dakota the 3rd most Obamacare-compliant state in the nation - for one thing, our Governor never expanded Medicaid) and his passionate loyalty to Donald Trump.

Then the aforementioned poll also said that Dusty Johnson was leading (which surprised almost everyone, including, perhaps, Dusty), and things got nasty:  Shantel approved ads that claimed Dusty flew on private planes on government expense to the tune of almost $10,000.  A private Ohio group accused Shantel of raising taxes - and her salary - whenever possible.  Johnson swore he wasn't behind the ads, and I believed him.

Remember, all these people worked together for years.  I see them cousins at a 4th of July reunion, who smile at each other and then hiss gossip about the others to everyone as they load up on baked beans and potato salad.  And Mr. Tapio, who is the crazy Alex Jones fan at the picnic.  You think I'm kidding?  Back in January Tapio gave a speech and said that "one more terrorist attack between now and then [the election] and I will be the … just by the ‘Trump effect,’ I will be the candidate. That’s the way I look at it.”  (Listen here.)  But then Tapio is an anti-Muslim zealot.  He accused South Dakota Lutheran Bishop Zellmer of aiding and abetting terrorism, and "taking away the Christian fabric of our nation" by holding an Interfaith Day at the Capitol in Pierre (Argus Leader).  Above all, Mr. Tapio ran on Trump.  110% pro-Trump.  Send him to Washington, so he can help Trump.  Period.  And then he decided to up the ante by calling for an end to tribal sovereignty, and to rewrite all the treaties between the United States and Native American populations.  (Argus)
And another SD Representative, Michael Clark, applauded the recent SCOTUS decision about cake-baking by saying that business owners should be able to discriminate based on race.  (Argus)

So it was a Republican Primary, and all the dogs were howling.  Literally.

So what were the results?

Kristi Noem is our new Republican candidate for Governor, 57%-43% over Marty Jackley.  (Proof that negative ads work, especially if they're 100% true.  And the question has already been raised of who's going to run against Jackley for AG in November – the sharks smell blood.)
Dusty Johnson is our new Republican candidate for United States House of Representatives, with 47% of the vote (Krebs got 29%, Tapio 24%).

Who'll win in November?  Danged if I know.  But I can guarantee you we'll see a lot of horses.

Anyway, that's all from South Dakota, where we talk like Mayberry, act like Goodfellas, and the crazy just keeps on coming.

PS:  Oh, there was also one non-partisan item on the ballot, an Amendment to modify Marsy's Law.  I went and voted, and even the polling people agreed that this was ridiculous:  any amendment should be on the November ballot, not a Republican-only primary, where as few Democrats and Independents would vote as possible.  As a friend of mine said, "they did it as dirty as they could."  It passed.
Posted by Eve Fisher at 00:01