The House of Shock

At 10: 30 p.m., Saturday, January 3, 1959, my father, my little brother Danny and I sat in front of our   television as the local news ended and spooky music came on to welcome us to a new series of monster movies called THE HOUSE OF SHOCK. Hosted by Morgus The Magnificent, an Einsteinish hairscientist with frizzy gray-white hair, sunken eyes in a pock-marked face and hideous, protruding teeth, Dr. Morgus introduced a movie about a fellow scientist whose experiment went a little awry.

Listen to the opening theme of THE HOUSE OF SHOCK: https://www.youtube.com/watch?v=09eDKJXUbMc 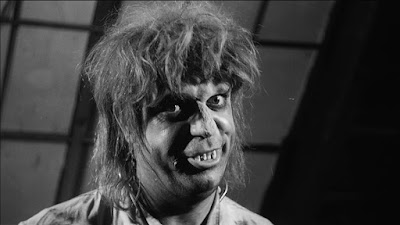 I sat riveted to the floor watching Boris Karloff's FRANKENSTEIN (1931). 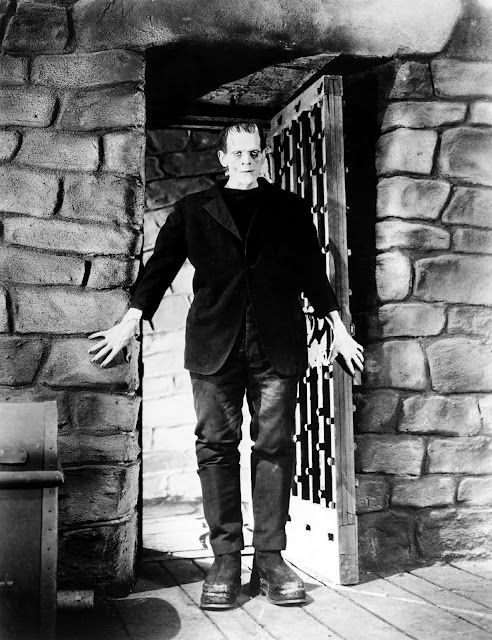 I was terrified and fascinated. FRANKENSTEIN was the only episode my little brother saw. The following Saturday night, when the spooky theme music came on, Danny ran up the stairs screaming, "Turn it down. Turn it down." This was followed, periodically by shouts, "I can still hear it!" Danny did this every time THE HOUSE OF SHOCK came on until he was too big to fit under his bed with his New Orleans Police gear. He was twenty-two by then.

The movie that second Saturday night was DRACULA (1931) with Bela Lugosi at his frightening best. 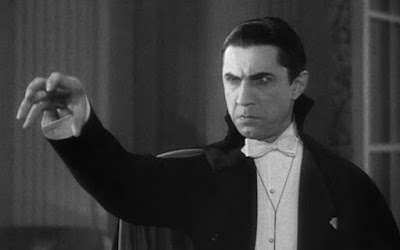 Following Saturday, you guessed it - THE WOLFMAN (1941) with Lon Chaney, Jr. and this one really scared me. I figured I could stave off Dracula, who only came out at night.  I had a crucifix and we have garlic at home (my mother was Sicilian-American). I had to get some wolfbane. Frankenstein I could outrun. But the Wolfman? I couldn't out run him and didn't have a silver cane or silver bullets.

I was horrified and thought - at least these monsters weren't in America. But didn't Dracula sail on a ship? Damn.

The next summer - we went to Europe. My father was in the army and was stationed in Italy. The wolfman was in Britain with Dracula and Frankenstein was in Germany or ... where the hell was Transylvania. I looked it up in the World Book Encyclopedia. Romania. Looked awfully close to Italy.

Along with seeing theatrical movies like THE WAR OF THE WORLDS (1953), JOURNEY TO THE CENTER OF THE EARTH (1959) and THE LOST WORLD (1960), the monster movies on THE HOUSE OF SHOCK stimulated my imagination then and continues.

Writers need an active imagination. Glad mine started so young.