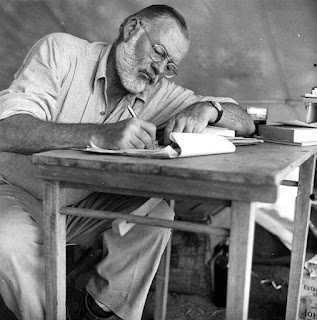 I have often heard other writers talk about how they don’t enjoy the act of writing so much as they do actually being a writer. I don't really get that.

I sincerely enjoy the act of writing. It's most fun when I can establish a routine, get the narrative up and running, consult my outline (such as it is on any given project), put between two-and-a-half and four hours straight into it.

But no job is perfect, and writing is no exception.

I mean, it's not always fun. It's very often not fun.

Like the time I wrote eighty-thousand words in eight weeks.

Yep. You read that right.

Without days off, that comes out to averaging 1,425 words per day. (And for the record, I took days off. You can't not take days off over a period working on a project like this one was.).

Now, most of the working writers I know cite a thousand words per day as a healthy goal. It's substantial (averages about three-and-a-half pages double-spaced), and it's not going to cause burn-out.

So why, you ask, would I subject myself to an experience involving a daily average that required me to generate nearly half-again as many words as the sane daily limit?

I was on a deadline.

Hell, I was past my deadline.

More to the point, that deadline was not of the self-imposed variety. I had signed a contract, the advance for which was loooooooong spent.

How did I come to this pretty pass?

I had a contract (a different one) with an editor at a press where I had enjoyed some modest success publishing book-length nonfiction. In the midst of honoring that obligation, I found myself approached by another editor (at the same press), offering me money that was too good to pass up for an eighty-thousand word gig.

So I negotiated an extension on their deadline for this second project, building not only more time into my schedule, but time during the all-important summer months (My day gig is teaching, and I figured I could easily knock out this eighty thousand words over the end of the current school year and over the summer break before the next one.

Didn't quite turn out that way.

The initial project (which was collecting and editing an anthology, so there were a whole lot of moving parts involved) ran long. As a result I was under significant pressure to devote all of my available time and headspace (and at  the end of the school year, mind you! A time when teachers are in short supply of both!) to finishing the initial project.

So I did. I told myself that I could still finish on deadline, especially since I'd be able to devote the entirety of the second half of my break to this project. 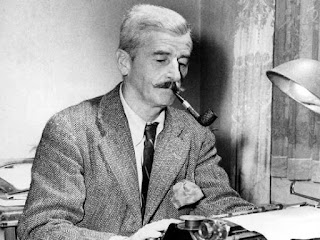 Now, every contract I'd signed with this publisher had contained a timetable, by which I was legally bound to turn in a portion of the text as I went. You know; "Signatory will produce 25% (twenty-five percent) of contracted work by (insert proposed date here)."

This new contract had such a timetable.

I did so because this was my fourth contract with this publisher. Every other editor I'd worked with had hastened to reassure me not to bother with the percentages/dates in the contract. All they cared about was getting across the finish line with a completed manuscript by my deadline.

So far I was batting a thousand on that front.

That is, until I ran into trouble with the anthology. Some of the collected work just wasn't up to the publisher's standards, and my acquisitions editor had me running interference with the authors I'd recruited for this anthology. Back and forth, back and forth. Requests for changes, and requests for more (None of them originating from me, mind you. When it came to being a collection editor, I was still on the low slope of a pretty steep learning curve!).

So I was late on the first one, and that snowballed and caused me to be late on the second one.

Last piece of the puzzle: the editor I was working with on the second one was new to publishing. She was greener than clover in the springtime.

I really didn't see that particular explosion coming (In both fairness and in retrospect, I should have. These two editors weren't talking with each other about their various projects with me. I assumed they were. So I had some learning to do, too.).

And it was an explosion (Like I said, GREEN!). She emailed, asking me to call her, so I did. Standing in the middle of my summer school classroom (did I mention that as a teacher I was on the looooooow end of the salary/seniority scale? Passing on the money to be made teaching $ummer $chool was simply not an option.) during the five-minute break between the first and second (and last) class of the day.

I'm positive the kids out in the hall could hear every word she shrieked at me. It was embarrassing, to say the least.

And then I finally got smart.

A couple of minutes into getting bawled out in a way I hadn't endured since boot camp, I began to record the call (Long story. Let's just say it was a good thing the room I was teaching in had the set-up it did.).

I then got off the phone with editor in as professional a manner as I could, and called her direct supervisor, left her a voicemail asking she call me on my cellphone (this was over ten years ago, so you had to actually leave voicemail if you wanted to send a "call me back" message.

When I got the supervisor on the phone, I played the tape for her.

She was, happily for me, appalled.

I explained how my previous project had run long, and asked if we could renegotiate my deadline. She agreed (my editor's supervisor really was quite a professional, and I sincerely appreciated that). We also worked it out that my sole communication with my erstwhile editor from that point on would be via email, and that her supervisor would be cc'ed on every single correspondence.

As it turned out, I didn't start that eighty-thousand word project until the beginning of September. 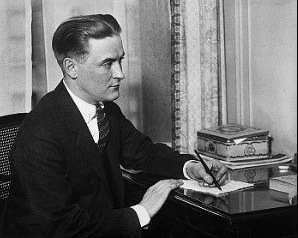 Yeah, that worked out well.

I wrote a book (two books, actually: clocking in at a length of 40,000 words apiece.) in two months. The first two months of the school year.

Which, as any teacher will tell you, are the two busiest, most energy-sapping months of any given school year!

My new due date? Halloween.

I'm still not sure how I managed to pull it off, but I did turn in the manuscript by Halloween, collect my back-end check, and vow to never work with Screamy the Green-as Green-Can-Be Editrix ever again.

I'm sure she shed no more tears over that than I did.

Why is this all important?

Because it's almost summer, and I've got a book to finish.

And although I no longer find myself constrained to teach $ummer $chool in order to help keep body and soul together, I now have other, more enjoyable distractions: I'm happily married way out of my league to a wonderful woman who just got a promotion at work which promises to cut into her time on the home front.

And our son is about to turn six.

Marriage and fatherhood have proven more challenging in my quest to remain productive as a writer than any other obstacles I've encountered before them. Mainly because, as I said, they're enjoyable. But more than that, they are obligations which, for obvious reasons, I take dead seriously.

In the face of that remains the naked fact that getting to write makes me a better, happier, more balanced person. It's a big part of who I am.

The good news is that this summer the planets are aligning: our son is going to spend part of his days at his old preschool (which doubles as "summer camp" during summer vacation). I no longer need to teach $ummer $chool, and where I would usually need to pick up a college class in order to help me keep my teaching credential current, I'm all caught up on that front too.

(And it goes without saying, I'm gonna enjoy the hell out of it!) 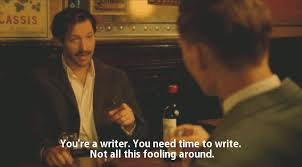 (See you in two weeks, when I break down how I plan to be highly productive during this, my Unecumbered Summer!)