by Steve Liskow
Many of my Sleuthsayers colleagues are or were also teachers, and as the school year winds down with proms, exams and commencements, it seems like a good time to remember those people who got me to where I am. 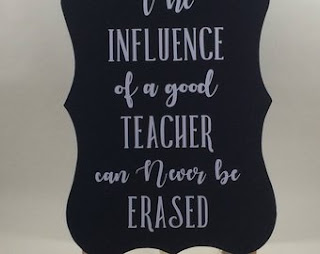 We hear about test scores and teacher evaluation and lots of other concepts, so it's easy to forget that the basic goal is to help students learn more and better so they can become responsible adults. Teachers don't make a lot of money and their popularity is always fickle (especially in America, where they've been political whipping posts for as long as I can remember), but they wield enormous impact. I retired fifteen years ago next month, and about seventy former students are now Facebook friends (We get along better now that they don't have to laugh at my jokes). A few even read my books.

For years, I claimed that the teacher mattered less than the student's drive to learn, maybe even aided and abetted by his or her parents. I still think that test scores are a bogus way to measure a teacher's worth. My belief stems from having several mediocre teachers along the way but two well-read and decisive parents whose DNA included a strong work ethic.

But now I remember the handful of excellent teachers vividly and the others are a generic blur, and it's changed my opinion.

My first really good teacher, June Roethke, was the sister of Pulitzer Prize winning poet Theodore Roethke, and she taught ninth-grade English at South Intermediate School. Miss Roethke ("RETT-key") cared nothing about self-esteem or understanding her students, and most of us had nightmares when we learned that we would be in her class. She made us keep a loose-leaf notebook exclusively for her class, divided into homework, vocabulary, reading, grammar, spelling, and several other sections I no longer remember. She mandated that we open the rings at the beginning of class and leave them that way because she didn't want to hear that infernal clacking for the next hour. 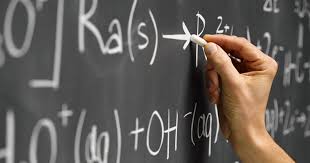 She read us poetry and made us memorize poems to recite to the class (I learned "The Glove and the Lions" by Leigh Hunt). She would berate us for a wrong answer in discussion. She divided the room into teams and asked arcane grammar questions (I didn't know an appositive is always in the same case as the word with it is in apposition until I guessed wrong in front of my henchmen) to earn extra credit on a quiz. She demanded that we all be better than we dared to dream we could ever be. After surviving her class, I have yet to learn anything new about American grammar. Because I got a "B" (Her last reported "A" was reportedly when MacArthur  signed the treaty with Japan), I was placed in honors English in high school even though I didn't sign up for it.

Sophomore year gave me three great teachers. Edith Jensen retired after teaching me biology, and she was even tougher than Miss Roethke. The week before exams, she told me in front of the class that I had a solid "B" average, which would excuse me from taking the exam (Most teachers liked the chance to grade fewer papers), but she told me I had to take it anyway. Old mimeographed handouts and charts and worksheets lay all around the room, and I took them all to complete again. When the diagrams of crayfish, frogs, and the heart turned out to be the bulk of the exam, I finished fifteen minutes before anyone else. I put the paper on her desk and walked back to my seat, turning back just in time to see her wink at me. I never told anyone because I knew they wouldn't believe me.

Sharon Hunter, a history major and English minor, became my honors English teacher in 1962, and made us use writing prompts and what is now called "free-writing" and peer editing a decade before anyone else even mentioned it. Miss Roethke taught me correctness, but Ms (Actually, she was still "Mrs.") Hunter helped me find my own writing voice. She called me "Step-on" just to bust my chops--which she did to everyone else, too, because she had no favorites. I think we all suspected that we were her favorite, though, and we all loved her back...or at least, didn't give her too much grief.

Rose Marie (Mudd) Nickodemus was a direct descendant of the Doctor Mudd who set John Wilkes Booth's broken leg. She and Mrs. Hunter were young and attractive in a school with an average faculty age of somewhere around the half-life of U235. I had a terrible time in algebra, repeating the class in summer school, but Mrs. Nickodemus, who taught plane geometry, knew that some of us could visualize better than others and urged us to use colored pencils or soda straws to construct the figures in our proofs and move them around to test our ideas. Without knowing it (Maybe...), she also gave me the basis for the five-paragraph essay form nobody would talk about until years later, too.

Marjory Jacobson, who had a PhD in math from the Sorbonne, taught me first-year French in eleventh grade. she insisted you don't know a language until you think in it, and made us define the vocabulary words in French even though we were starting from scratch. A Saginaw Michigan native like me, she'd lived in France long enough to teach us idioms the textbook omitted. For example, always refer to a girls as a "JEUNE fille" (YOUNG girl) because a "fille" was a streetwalker. Imagine a group of sixteen-year-olds reacting when she dropped that one on us. Fifteen years after taking her class, I could read the French portions of Mann's The Magic Mountain well enough to get the substance if not the nuance. 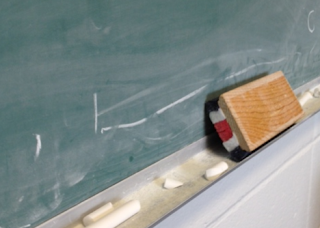 Senior year, I had Don McPhee for trig and solid geometry, not long before he left to become the math chair at a nearby community college. Brilliant, patient, and hilarious, he wrote a foot-tall "E" on the wall to the left of the chalkboard to remind us that "left" was "east" when we plotted coordinates on graphs. Round;faced and balding with Clark Kent glasses, he divided the class into groups of five for the second semester and made us teach each other solid geometry. He visited each group every day or two to monitor us and clear up confusion, but he showed us that we understood the material well enough to stand on our own. Without his help, I doubt that I could have passed physics, presented by a teacher who should have retired before I was born.

I left high school planning to be a dentist, but hated my first year. Half-way through my sophomore year, I considered switching to English because Miss Roethke and Mrs. Hunter showed me I could handle it. Later on, I stole the peer teaching and writing prompts from them. I borrowed the three-dimensional (now called "learning modalities") from Mrs. Nickodemus and Mr. McPhee, and the high standards from Mrs. Jacobsen and Miss Jensen. What was left, I worked out myself. There wasn't much.

I graduated in 1965 and left Michigan for Connecticut two years later. Two of those teachers retired by the time I moved, and I know four had passed away when I returned for my reunion in 2000. If the other two are still alive, they're nearly 80.

But they aren't really dead as long as I remember what they gave me.

I wish I could tell them that I hope some of my students think of me the way I've come to think of them.