A contest I used to enter regularly (It was free, see below) now sports the following headline on its web page: "Submissions for the 2017 **** Contest are closed. The 2018 contest will open on January 1, 2018." Today is February 26 and that banner was still there when I uploaded this essay.

Yesterday, I found a website for a magazine with exactly the same message. Their submission period will open "sometime after January 1, 2018."

When I was trying to break into publishing (An accurate phrase for a crime writer, right?), people urged me to enter contests. If I won, I'd catch the attention of editors and agents, and they'd take me more seriously.

But not all contests and awards are created equal. Winning a Pulitzer, an Agatha or an Edgar means something. Second runner-up in the Oblivion County Limerick Derby won't raise many eyebrows.

There are a few problems every writer encounters in writing contests--or even submitting to a magazine or anthology--but I've learned to recognize warning signs.

One is a website that's hard to navigate, or that's out of date, like the two I mentioned above. If you can't find details like a theme, length, formatting, or if there's an entry fee (more about that in a few minutes), you should look elsewhere.

Another is weird judging or criteria. 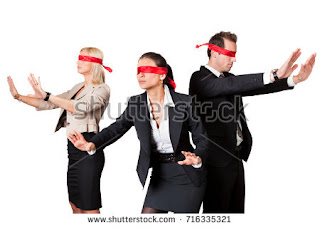 Yes, no matter how much the judges have a rubric, at some point personal preference will come into play. Every time you send something out, subjectivity is a fact of life, but it should be less crucial in a contest than for regular publication...especially if you pay an entry fee. You won't know this until it's too late, but don't make the same mistake twice.

One judge doesn't like profanity, another doesn't appreciate your humor, and a third wants more violence or a sympathetic female character. I have withdrawn stories from two anthologies (Both later published somewhere else) because I discovered the judges didn't understand their own criteria. 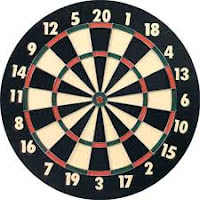 In another contest, the sponsors sent me my scores and I saw ratings of 56, 94, and 89. Two judges loved the story and the other gave me low scores on almost every standard. The judge who gave me a 94 total only gave me a 1 (out of 5) for relative quality of the story compared to the others he or she read. Really?

I've mentioned cost a because I'm cheap. If the submission involves a reading fee, look at the prize. I won't pay $25 for a $100 prize. I enter few contests that involve reading fees anymore. There has to be a good return, meaning at least two of the following: money, exposure, prestige.

I avoid one contest because it published the deal-breaker right up front. They offered a $250 prize (not bad) with a $20 reading fee (ummm...) BUT the judges reserved the right to award no prize if they felt on entry deserved it. Nothing was said about refunding the fees. 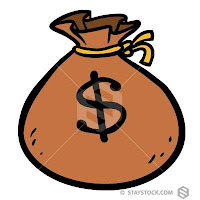 Yeah, I still enter a few contests, but now I need a Plan B, other places I can send a story if it doesn't win. Last summer, I sent a story to an anthology. It wasn't chosen, so I entered it in a contest with a hefty cash prize. I learned last week that it didn't win and sent it to two regular markets. I have three other places to send it if neither of those pick it up.

Prestige is nice, and so is exposure, but in the words of Samuel Johnson, "No man but a blockhead ever wrote except for money."
Posted by Steve Liskow at 00:01