Mexico has long fascinated us gringos, I think as a place of the imagination as much as a physical destination. The idea of Mexico is at least as strong with the Mexicans themselves, but more as a promise never kept. These days, Mexico in the grip of the narcotraficantes is far darker. "So far from God, so close to the United States," Porfirio Diaz once said. Easy to forget that it's a mirror image.

The simplest and most troubling schematic is the pipeline, The Iron River, drugs and human traffic moving north, money and guns moving south. What we're talking about is market share, access, gangster capitalism. Mexico has all the characteristics of a failed state. No rescue, no refuge. A phenomenon like the Juarez feminicidio, the unsolved murders of hundreds of women (a low estimate), doesn't take place in a vacuum. It has a context. I don't pretend to know all the reasons for it, but the drug traffic, and gang terrorism, is a fair guess as a contributor. 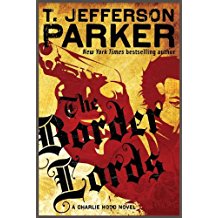 But for all its reptilian chill, we have to admit it makes marvelous theater. That's the contradiction. I look at the narcos, and I see predators, carrion-eaters, and maggots, the food chain as career path. Mara Salvatrucha? Looney Tunes. And the Zetas? Let's not even. On the other hand, you can't make these guys up. They're gonna crowd your peripheral. You want to take on the drug wars? This is the furniture. It's the threat environment. The picture's already been cast. 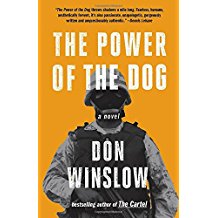 You set out to tell a cautionary tale, probably. Or almost certainly. It's the nature of things. T. Jefferson Parker, in the Charlie Hood novels. Iron River, The Border Lords, The Famous and the Dead, to name his most recent three. Two by Don Winslow. The Power of the Dog and The Cartel. And the stories I've written myself about the border war. Doc Hundsacker, the Texas Ranger working out of El Paso, and Doc's pal Fidelio Arenal, the Federale major across the river in Juarez. Pete Montoya, the state cop based in Santa Fe, and Albuquerque FBI agent Sandy Bevilacquia. They're real to me, their strengths and weaknesses, and the consequences of what they choose to do. Not my sense of duty, or my moral choices, but theirs. 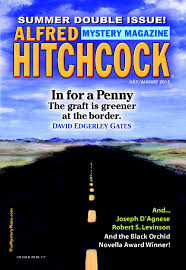 I'm not beating a drum, or selling a cure for cancer, or telling you how to vote. I'm saying that if you decide you're telling a certain kind of story, you may very well have to choose up sides. In fact, the story will probably pick a side for you.  They do that, damn it. You wind up on the side of the angels, when you were ready to sell your soul to the Devil. Cheap at twice the price.
Posted by David Edgerley Gates at 00:00

Email ThisBlogThis!Share to TwitterShare to FacebookShare to Pinterest
Labels: David Edgerley Gates, Don Winslow, In for a Penny, Mexico, T. Jefferson Parker, The Border Lords, the cartels, the Juarez feminicidio, The Power of the Dog

I am glad you mention that this evil traffic is not strictly south to north. We have yet to come to grips with our part in the equation.

I've read both Winslow's books, and he points out the part the US plays in the drug problem:
"Mexico doesn't have a drug problem. The United States has a buying problem." That's not exact, but none of his characters or issues is black and white. That's one reason I love reading him.

One of Michael Connelly's early books is set in Mexico, too. Black Ice.

OK, the previous comment is mine, and I'm having trouble signing in.
Not sure what happened, but I think I'm there now.

David, you neglected to mention that the latest (Jan Feb) issue of Alfred Hitchcock Mystery Magazine features your story "A MUltitude of Sins," which is all about law enforcement at the Mexican border and features some of the characters you mentioned. And a good story it is.

Drug dealers don’t really sell drugs. Drug dealers offer drugs. I’m 30 years old. Ain’t nobody ever sold me drugs. Ain’t nobody ever sold nobody in this room some drugs. Was you ever in your life not thinking about getting high and somebody sold you some f***ing drugs? Hell, no! Drug dealers offer, “Hey man, You want some smoke? You want some smoke?” If you say “no,” that’s it. Now Jehovah’s Witnesses on the other hand... Yo man, drug dealers don’t sell drugs. Drugs sell themselves. It’s crack. It’s not an encyclopedia. It’s not a f***ing vacuum cleaner. You don’t really gotta try to sell crack, OK? I’ve never heard a crack dealer go, “Man, how am I going to get rid of all this crack? It’s just piled up in my house.”

And that's the truth. He also said, "Ain't no money in the cure, the money's in the medicine...that's how a drug dealer makes his money, on the comeback." Which is 100% true - which is why the first hit is almost always free.

David, have you seen Get the Gringo starring Mel Gibson ... it's streaming on Netflix.

Eve, that's a good point about the Jehovah's Witnesses! They used to come knocking on our door until we put up a sign that says, "Do not knock" if you are uninvited & we will not participate in religious discussions, etc.

I've known some crackheads, too. One of them had extremely bad eyesight & lost his glasses. My husband, who also has lenses as thick as candy dishes, had an old pair & loaned them to the guy against his better judgment. But after a couple of weeks the man went to the eye doctor, got a new Rx & gave the old glasses back as he had promised. He did a lot of terrible things too.

I was thinking how little I know beyond the vague north-south nitty-gritty.

Elizabeth is right about Get the Gringo is an enjoyable education and that Eve wrote one hell of a comment.