When my first novel was published I went to a regional booksellers conference to explain to those fine people why they needed to stock thousands of copies of my masterpiece.  Among the other naïfs in attendance was Steve Hockensmith, promoting his first comic-western-mystery.  We hit it off.  Steve has gone on to write fifteen more novels, receive two Edgar nominations, and has been spotted in Alfred Hitchcock and Ellery Queen Mystery Magazines, as well as the New York Times Bestseller List.  Recently I asked Steve to write something for SleuthSayers about the importance of riboflavin in the human diet.  He countered by offering to discuss the writing process.  Since neither of us was sure what riboflavin is (is it better than regular flavin?), that seemed the better approach.  You can read more of his wisdom at stevehockensmith.com. 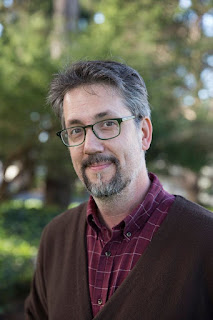 No Fun Aloud
by Steve Hockensmith

I think I might be a good writer partly because I'm bad at it. Not "bad" in the sense that my writing's turgid or confusing or cliched or wrong-headed. I'm not [AUTHOR NAME REDACTED IN THE INTEREST OF KEEPING THE PEACE...HEY, SOME PEOPLE LIKE TURGID, CONFUSING, CLICHED AND WRONG-HEADED]. It's just that writing's so damn hard.

Words don't come pouring out of me. They drip. Slowly. Like...like...aw, hell. I don't feel like spending 20 minutes trying to work out the right simile, so just take my word for it. They drip. Even the smallest project -- writing a tweet, say, or adding a message to a birthday card -- requires brainstorming, outlining, two pots of coffee and long, long stretches of absolute silence. And even then I'm going to lose my confidence half-way through and come close to quitting. ("'Enjoy your special day'? I can't believe I actually wrote that. I'd tear this card up and get another if it didn't cost me four bucks. Stupid Hallmark…") 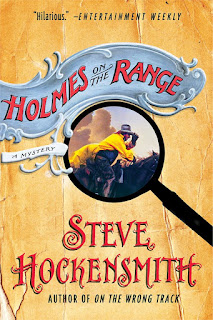 The only thing that's more painful than writing is rewriting. Fortunately, I usually don't have to do much of it: Most of the needed rewriting already took place in my head while the writing was going on. Spend 10 minutes on one sentence, and there's a good chance it'll come out right. (Warning: There's also a good chance you'll lose your mind.) Rewriting can feel like taking a perfectly good cake and trying to turn it into a plate of cookies. Sometimes, of course, the cake actually sucks, and sometimes you have a contract calling for a plate of cookies. So you do what you gotta do. But I agonize in the hope that I don't gotta.

I think I know where a lot of that agony comes from, too. Fellow writers: Do you write out loud? Do you actually speak every sentence you're trying to construct? Do you test words by listening to them together?

Those are rhetorical questions, by the way. If every writer answered "Yes, yes, yes," none of us would ever be allowed in Starbucks again. Too many customers would be complaining about the weirdos muttering into their laptops. 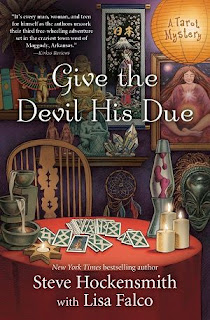 And lots of writers do write in coffee shops. Which I've never understood. You know where I want to write? A closet. An isolation tank. The Batcave (when Batman and Robin are off POW-ing and ZOK-ing the Riddler's henchmen in a jigsaw puzzle factory and Alfred's upstairs baking bat-pizza).

I need to be somewhere I can hear the words and not get glared at by latte-slurpers for doing it.
Because writing isn't just stringing words together on a screen. It's speaking to readers. It's standing up and telling them a story the way we used to do it around the fire at night. Out loud. When we talk about a writer's "voice," it shouldn't just be a fancy way to say "style." For truly good writing, IMHO, it should be literal.

Not MHO at all, because it's a damn fact: That can make writing a lot harder. I think it's worth the extra effort and aggravation, though. In the end, it's the voice of your story people will hear, not all the mumbling, grumbling and cursing it took to find it.

Unless you’re one of those nuts who writes in Starbucks…
Posted by mystery guest at 00:00