A Voice for the Dead 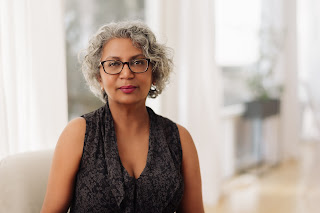 That was the response to the police assessment of murder-suicide from one friend of billionaires Honey and Barry Sherman. This was followed by a chorus of agreement from many prominent Canadians, and subsequently by an expensive independent investigation which resulted in a revised new assessment of double murder.

Leigh Lundin asked me to look at this now high-profile Canadian crime being played out, blow by blow, in the news. So here I am looking at it. But with Canadian eyes.

My question isn't about what happened in this particular crime. I feel confident that it will play out in the investigation, and that the truth will emerge. My question is this: What would happen if a family disagreed, but did not have powerful friends or the money to conduct their own investigation? What if the family were poor, but still vehemently in disagreement? What if a murderer was on the cusp of getting away with it? Who would stop them?

I brought this up with Dr. Coroner – not his real name but it would be a good one, because he is indeed a coroner. He is called in if a death occurs outside a hospital, and occasionally in it. His job is essentially to assess the manner and cause of death. Is this death natural, an accident, a suicide or a homicide?

The body can be photographed but cannot be touched until he is finished his assessment and releases the body. He looks at the story, told by the body, of the manner and timing of death. There is also the story told by the place of death, and the question for him is whether it is consistent with the story the body tells.

My question: If the family disagreed with a murder-suicide verdict, but were neither educated or moneyed – what would he do? What if the family was unable to articulate a story as well as the friends and family of the Shermans? What if they were angry and threatening, or in general made themselves unsympathetic?

He said often his job is to help reconcile the disbelief with the reality. Some counselling is often part of what he does with families.

Also, he argues that marriage – by the nature of the long term relationship – can lead people to kill each other, even if they look to others like they are happy. Marriage itself can be the reason for murder.

Those caveats aside, Dr. C. said there was enough from the story of the “murder-suicide” of the Shermans to make him suspicious, largely because the story is wrong. Domestic murder is often more violent, angry. Hanging is not what he would expect as a means of murder or suicide in this case. Hanging is more often seen in cases of mental illness or extreme distress. Further, why would a man who has copious drugs available to him choose this manner of death for himself and his wife?

If the stories of the body, manner of death and family assessment make Dr. C. suspicious in any way, he has many options to augment the evidence he gathers.
Ultimately, the story must hang together. Regardless of the ability of the family to articulate their concerns, or their resources to investigate on their own, Dr. C. relies on having a coherent story told by the manner of death, the body, the family and the records seized. If there are inconsistencies – then a further investigation is warranted.

If a family were unable to mount the same vigorous objection and investigation as the Shermans have, it could be the coroner who stands between the constructed truth of the murderer and the actual truth of the victim.

Ultimately, all crime writing is social justice writing. And the poor have a voice – the coroner. The story of the body, uncovering the life lived, the manner of death, might be the key to catching a murderer. The background knowledge and tenacity of the coroner is what most of us rely on when our bank accounts are meagre.

Dr. C. said that the job of the coroner is to provide a voice for the dead, to listen carefully to the story they tell. This is the first step towards social justice for those without money and connections. They do this by asking the simple question:


Does the story of this death make sense?