by mystery guest
At the Bouchercon in Toronto a few weeks ago, one of the highlights was a panel on the short story moderated by my friend James Lincoln Warren. He wrote a long piece on FaceBook about it and graciously gave me permission to edit it and put it up here.

James says he feels like the Godfather of SleuthSayers, and he's right about that. He founded a website called Criminal Brief in which seven writers took turns talking (mostly) about short mystery fiction. When he decided to shut it down several of us grizzled survivors started SleuthSayers.

James is the author of many short stories that have appeared in Alfred Hitchcock's and Ellery Queen's Mystery Magazines. Perhaps his best known works are ahe tales of 18th century insurance investigator Alan Treviscoe but he won the Black Orchid Novella Award with a contemporary private eye story. His "Shikari" is, in my opinion, the best Sherlock Holmes story ever written that does not include Sherlock Holmes.

Without further ado, here we go. Any mistakes below can be blamed on me.

The panelists and I have received comments from the audience that this was their favorite panel at the convention. People have also mentioned how well attended it was—it was SRO, which is very unusual for a short story panel at a crime fiction fan convention.So I decided I'd explain how I structured it and my theories for its unusual success.

First, I think its success was largely due to the wonderful panelists: Alan S. Orloff, Janet Hutchings of Ellery Queen's Mystery Magazine, Travis Richardson, Angel Colón, and Barb Goffman, all of whom are greatly respected in the crime short fiction community. Kudos is also well-deserved by Janet Costello, the Bouchercon Programming Chair, for scheduling such a panel.

But let me begin by explaining why I at first dreaded having it assigned to me.


My working rule as a moderator (and I always prefer to moderate rather than contribute as a panelist) at a fan convention is first and foremost, "Connect the author with the reader." In other words, I want to get at least one person in the audience to read the work of each of the panelists.

The themes for panels at fan conventions usually key on elements relative to a particular subgenre, or things that particular works, in a variety of subgenres, have in common, e.g., a panel about private eyes, a panel about hard-boiled female detectives, a panel on detectives with pets, and so on. Usually on such panels, one of the panelists will be a prominent star writer with a big fan base---those are the folk who are going to come to the panel. In so doing, they will discover lesser known writers whose work is previously unknown to them, but whose stuff they are guaranteed to enjoy. Everybody wins!


Short stories are not a subgenre, like hard-boiled, cozy, police procedural, fair play, romantic suspense, etc. The short story is a form, not a thematic genre, and the subgenres represented by it cover the whole spectrum of crime fiction. This means that other than length, short story writers' works may have very little in common with each other. On top of that, writers like me, who work almost exclusively in the form, are not likely to be stars, because crime fiction has been dominated by the novel since the 1930s. Likewise for the panelists---no matter how wonderful their work, it is bound to have less exposure than the works of novelists. The upshot is that it's unlikely that an audience will be drawn to the panel on account of the names assigned to it.


As I said, my goal is usually to connect every writer on the panel to someone in the audience. But I noticed that on every short story panel I've moderated, when we get to the Q&A, the questions are never about the authors whose work I've tried so hard to expose. Instead, the questions are always about "How do I get published? What are your secrets?"


So I proposed to Janet Costello that for this short story panel, we'd go all the way and make it about writing short stories. I proposed that we'd come up with a list of simple concepts the panel could agree upon, or if they disagreed on the concept, at least recognize its importance, and illustrate how that concept worked by reading examples of it from the short fiction written by the panelists, along with other observations and suggestions from short fiction editors.


But then I ran into some trouble, because I couldn't figure out how to structure the panel, or whom to assign to which nugget of advice. And then it hit me.


Aspiring writers have entire libraries of sound advice available to them on how to write: Lawrence Block, Elmore Leonard, Steven King, and divers others, have all written very good books on it. For access to markets, there's the venerable Writer's Market---every writer I know has bought one at sometime or another. So what's different about asking published writers these questions face to face? We're not going to dispense more wisdom in an hour-long panel than you can get from any of those books.


The answer is, of course, that there is personal interaction. The rookie wants to pick the brains of the veterans. And that's when I realized that the way to run the panel was to make it consist of questions from the audience, and not the questions that I thought should be asked. I had the audience members write down their questions on a leaf from a small tear-out notebook, restricted the questions to one or two, and had them collected and given to me. I would then read the questions, pick the most interesting or generally applicable ones, and get the best of both worlds: the audience would get answers to their personal questions, and I would remain in control of the panel.


To open the panel, I listed five pieces of advice everybody agreed on, and read from the works of the panelists to illustrate each one. This also gave the audience time to phrase their questions and turn them in while we were still able to dispense some basic advice, while also establishing the bona fides of the panelists.


That took about fifteen minutes. The rest of the panel consisted of questions from the audience.


Robert states that I dispensed with several questions on my own with the mantra, "There are no magic bullets." This is true. I did this because, well, there are no magic bullets, no perfect formulas, no foolproof techniques, and aspiring writers must understand this. But there were lots of very interesting questions that were directed individually to the panelists, and some directed at more than one panelist. And as I had encouraged the panelists to speak up when they had something to say about a question pitched to someone else, there was a lot of stuff that got covered from more than one angle.


The personal touch is why everybody loved the panel so much. Now, you can't teach someone to write a commercial crime fic short story in an hour, but a frequent comment was, "I learned so much!" The important point here is that they learned not what any of us wanted to teach, BUT WHAT THEY WANTED TO KNOW. Respect your audience!


All right, that explains why the panel was a success, but it doesn't explain why the house was packed. 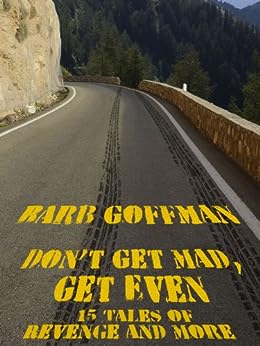 I think there are two essential reasons: (1) Janet Hutchings, the editor of the world's leading crime fiction magazine, was being honored at Bouchercon, and people from the audience thought that maybe they'd learn how she picked stories for the magazine; and (2) the subject of the panel, "how to construct the short story", was something they had always wanted, but never before had offered to them. Bouchercon is not a writers conference. It's a fan convention. But we sometimes forget that writers usually start as fans of other writers.


(Now, I don't think that Janet told them exactly how she picks a story, although she gave them some very good advice---be in control of your narrative, do not fixate on the opening but on the whole narrative, and that she could use a lot more fair play detective stories featuring a crime and its solution. I should also mention that I gave a shout out to Janet's colleague Linda Landrigan at EQMM's sister mag, Alfred Hitchcock's Mystery Magazine, who once told me she likes stories that seem to be about one thing, but are really about something else.)


I was extremely fortunate to have so much expertise on the panel, and for Janet Costello allowing me to have my own way with it. It was a helluva lot of fun.
Posted by mystery guest at 00:00