by Paul D. Marks
Well, since Thanksgiving is in a couple of days I thought I’d write about what I, as a writer in particular, am thankful for. We all have things in our “regular” lives to be thankful for, so this column will address specifically some of what this writer has to be thankful for:
Computers: Whoa! I can’t say enough about this one. Changed my life. I’ve mentioned before how when personal PCs came out I thought they were just another silly toy. Then my former writing partner got one and I saw him move a paragraph from one page to another and I was hooked. How much better than literally cutting and pasting with scissors and white out. (Of course I’m sorry for Mike Nesmith and his mom, who invented white out, but I think they’re doing okay anyway.) So I was the second person I knew to get a PC: two floppy drives, wow! And we know how far computers have come from those days. Now your phone is a mini-computer.

Microsoft Word: When I started out on that dual floppy computer I used a word processing program called XyWrite, which I really liked. But it didn’t weather the transition to GUI programs like Windows. So I switched to Word. One can complain about both Microsoft and Word plenty, but overall they’ve made my life a hell of a lot easier. 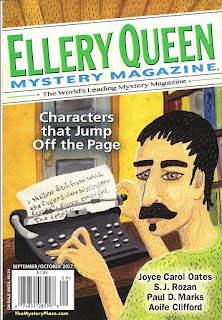 Paying Markets: In the ye olden days of the mid-20th century writers could actually make a living selling short stories. That’s not really true anymore. There aren’t a lot of paying markets. No one would think of not paying their doctor or plumber, but for some reason people don’t think writers’ work is worth paying for. Sure, sometimes they’re struggling themselves, but even a token payment would be nice. When I was teaching screenwriting seminars on occasion I would always tell the students not to work for free. And, though I have published with non-paying markets it’s definitely better to get paid. So thanks to Ellery Queen and Alfred Hitchcock (and others)—magazines that still pay and still publish short stories. Long may they live!

Assistants: I’m most grateful for all the wonderful assistants I’ve had over the years. A variety of dogs and cats, who’ve kept me company, provided inspiration, and sometimes aggravation, but have always been wonderful companions and who make the solitude of writing much more bearable. And who, on occasion, have tripped the light fantastic over the keyboard and probably added a little extra dazzle to my writing.

Kindle and E-publishing:  I have mixed feelings on this one. Yes, I prefer hard copy books, though I read about 50-50 these days between those and e-books. But e-publishing has opened the door for lots of people to read my scintillating syntax (or is that sin tax).  And it’s kind of cool to be able to go on a trip and bring 100 books along so I can read whatever I feel like. And even more cool to be able to buy a book at 3am and have it in my cyber-hands faster than you can say “Amazon-one-click”.

Social Media/Facebook/Twitter: Aside from the marketing benefits of social media, it’s a great way for writers, who are pretty much a solitary bunch of people, to be able to get together at the cyber “water cooler” to chat, share ideas, happy moments, sad moments, laughter and opinions—sometimes too many damn opinions…. I’ve made many friends across the country (and the world for that matter) and figure there’s someone I could have lunch with almost anywhere in the country and in many parts of the world.  Of course, as with anything, there’s always some jerks and trolls in the bunch. And to those people I say CENSORED.

The Internet: In a word—research. I love being able to research everything on the internet. From 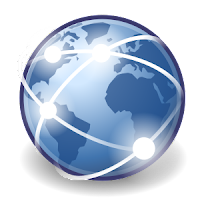 murder methods, to maps, history, music and how-to videos on You-Tube. Of course some of those how to videos are how to play this or that guitar or bass part or just watching a bunch of old clips of rock bands. As for murder methods, I hope the police never have to search my computer—I’m guilty. Guilty. Guilty of researching heinous methods of offing people. But what better way for a writer to procrastinate and call it work!

Smart Phones & tablets: At first I was reluctant to get a smart phone, but now I love being able to check my e-mail on the go, post photos on Instagram of my doctor’s waiting room while I wait and wait and wait, like the people trying to get an exit visa out of Casablanca, for the doc to show up. Or snap a picture of the traffic jam I’m stuck in on the drive home. And while I never want to become one of those people with their noses glued to their cell phones all day and all of the night (to borrow a line from the Kinks), I am grateful for the little distractions both the phone and tablet provide and how I can stay connected even when I’m away from my computer. Oh, and thankful for Android. I love that all my Google contacts, etc., are integrated across all my devices.

Support from Friends and Fellow Writers:  I’m thankful for all the friends and writers who have supported me and cheered me on, read my books and stories, nominated me for awards and voted for my writing, given me great reviews, interviewed me, published me in their magazines, given me space on their blogs (including this one: shout out to Leigh and Rob and everyone else here!), congratulated me on FB, liked my FB posts, shared my good news and sympathized when bad things happened, and on and on. Grateful, too, for Mystery Writers of America, Sisters in Crime, International Thriller Writers, et al. Writing is a lonely profession and the support of friends who understand the struggles of a writer is…to quote a famous commercial…priceless… 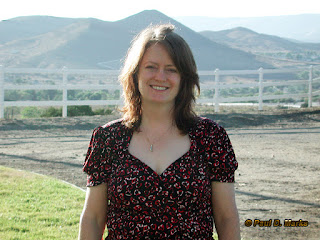 And last but not least: My wife, the indomitable, inimitable, indefatigable, intrepid and on occasion infuriating ;-) when she wants me to rewrite things (but she’s almost always right), Amy, who has stood by me through thick and thin. Who, though not a writer, is my number one reader, number one editor, number one fan and number one supporter. And who puts up both with me general (a job in itself) and as a writer (another job in itself as all the significant others of writers are well aware).


So, Thank You All And Have A Wonderful Thanksgiving! 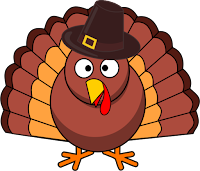 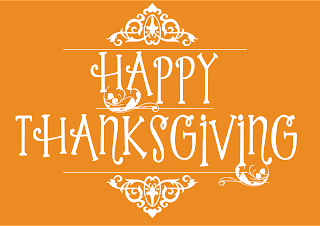