Writing while working full time was difficult, involving fitful nights for years and spurts of binge writing. Did it for so long I didn't realize when I was in the zone until I wrote an epic (320,000 word historical novel). For two years I lived in 1814 and 1815, wrote every evening after supper into the night, 8 to 10 hours a day through weekends and holidays. I did manage to spend a little time with my family.

Driving to and from my day job gave me time to think about the book and it was while doing this I realized I had been doing this since my first book. Zoning in and out of the story but letting it stay up front in my mind. Playing out scenes, watching and listening to the characters.

Retired now, I write every day and every night, even in the middle of the night when a character wakes me and starts doing things I have to write down or forget in the morning. Booting up the computer at 3 a.m. is no problem when you don't have to get up at 6 a.m. and head to a 10-hour work day. I recommend retirement. 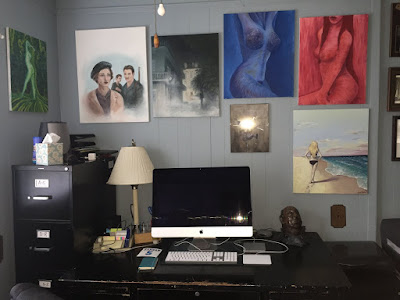 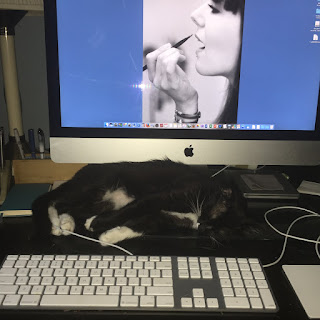 The Zone. It's sort of a Twilight Zone, sort of a separate existence, sort of daydreaming while doing other things. Weird. My wife will ask, "Where are you?" and sometimes, "When are you?" Sometimes she likes it when I'm there but not there.

"Are you taking notes of what I say?"
This in a restaurant over dinner.
"Nope. I'm in 1951 at the moment and Lucien and Alizée won't stop talking."
Better when I smile and say, "Naw. Just figured out how I'm gonna kill a guy."

Gotta love the zone. Gotta love creating my own worlds and living in them through a book, sometimes a short story. How anyone writes without a vigorous imagination is beyond me.

That's all for now. I'm in the middle of a novel and Lucifer's hanging to a balcony by his fingertips. 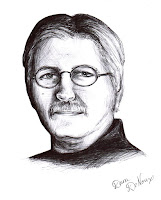