by John Floyd
Everybody seems to like dialogue. It can do a lot of things for a story, writingwise: advance the plot, deepen characterization, "show" rather than "tell," improve the pacing, etc. Besides, its just fun to read. I think it was Lawrence Block who said nothing engages a reader like listening to the people in a story talking things over.

It's also fun to write. And it's easier to write, I think, than plain old description and exposition, because when my characters speak I can hear them in my head. 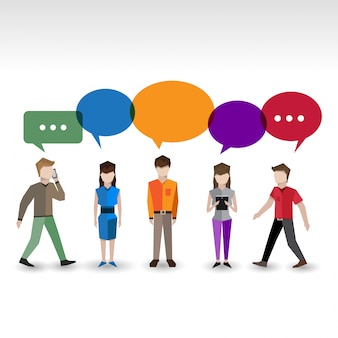 The truth is, most of my short stories are heavy on dialogue. I've even begun a few of them with the intention of writing the whole thing in nothing but dialogue. One such story, "Careers," was published in AHMM years ago and another, "Doctor's Orders," at Amazon Shorts--the first was 1000 words in length, the second 6000--and I can still remember the fun I had writing those. It'll probably be no surprise to you when I say that many of my favorite genre writers--Harlan Coben, Joe Lansdale, Nelson DeMille, Stephen King, Lee Child, Greg Iles, Janet Evanovich, Steve Hamilton, Carl Hiaasen, Robert B. Parker, Jack Ritchie, Elmore Leonard, Donald Westlake--are/were absolute wizards in the use of dialogue. Some movies that are almost all-dialogue come to mind: Sleuth, Twelve Angry Men, The Hateful Eight, Proof, The Breakfast Club, and Glengarry Glen Ross, to name only a few. Several of these were originally plays, which makes sense.

(You knew there had to be a but in there somewhere, right?)

. . . there are also some well-known stories that don't include much--or any--dialogue.

Personally, I've only created a few (none of them well-known) that are seriously short on dialogue. One of my stories, "Bennigan's Key," a 5000-worder published a few years ago in The Strand Magazine, has no dialogue at all. But since it was prose, I was at least able to use unspoken thoughts (sometimes called "internal monologue"). The same could be said about Jack London's short story "To Build a Fire."

The sound of silence

In movies, the no-dialogue approach is harder to pull off. After all, a screenwriter can't tell you what the characters are thinking. He or she has only two ways to convey information to the audience: action and speech. And if no one's speaking . . . Even so, here are some excellent films that contain little or no dialogue: Life of Pi, Quest for Fire, The Bear, Cast Away, Gravity, All Is Lost, The Revenant, Apocalypto, Walkabout, and The Gods Must Be Crazy.

One of those--All is Lost, a 2013 film with Robert Redford as a lone seaman who battles the elements--contains only one spoken word: a common and graphic expletive, uttered after a frustrating setback. And despite the fact that nothing else is said during its almost-two-hour run, the movie manages to hold the attention of the audience throughout. An impressive feat.

NOTE: It occurred to me only after jotting down those little-or-no-dialogue movies that all ten of them involve characters who spend the whole story walking around (or running around or floating around) in the Great Outdoors. I suppose a lot needs to be happening around them, to have any kind of interesting plotline.

Can you think of other movies, or stories or novels, that tell the entire tale using no dialogue? If you're a writer, have you published anything written that way? How hard was that to do? Have you written any plays, or other kinds of fiction, that use almost nothing but dialogue? If you had to pick one of the two extremes--all or none--which would you prefer?

"Let's hear it for a lot of talking," Dialogue Dude says.

Quiet Dude makes no reply…
Posted by John Floyd at 00:01