Notes from the Underground

Notes from the underground… so to speak. Notes from a train anyway, this is a stream-of-consciousness about people watching and train spotting, noting little nothings.

I spent the last couple of weeks visiting my brothers, Ray and Glen, and my beautiful niece Paris. It’s hard to believe she’s 31 and so cute and so smart. Also, I give a shout-out to my sister-in-law Pat, the best thing that ever happened to brother Ray.

Dale Andrews and his wife (also named Pat) put me up and put up with me for a few days. We worked on writing together… honestly! Thanks, Pat and Dale!

As before, I took the train and as usual, I made sometimes sardonic observations.

Did you know the Walgreens at Union Station, 50 Massachusetts Ave NE, Washington, DC, doesn’t have a pharmacy? Really, it doesn’t. It’s like a Kroger, Winn-Dixie or Safeway without groceries, an Exxon/Mobil without gasoline, a McDonald’s without pulverized bovine protein products.

Washington hosts a classically designed train station, albeit one populated with Greco-Romanesque soldiers once totally nude. Prudish politicians demanded the naked thrust of the sculptures be hidden so as not to ruin the morals of an entire nation. Elected officials insisted upon covering the nakedness of the many sculptures, much like Bush’s Attorney General John Ashcroft spent $8000 to cover the b-b-bare b-b-bosom of Lady Justice at the DoJ. A century ago, Washington’s elected spent even more to hide the n-n-naked protruding bits behind strategically placed shields. To be fair, the Obama administration did not undrape the Spirit of Justice. Only in America, once draped, never undone.

The variety of railroad stations around the nation is inspiring. New York, Chicago, Washington feature stations with the elegant architecture of a bygone era. Many small towns throughout the country take pride in their period buildings reminiscent of the 1880s. Ever-practical Richmond, Virginia strives for the coldest, hardest, most obnoxious, move’em-out depot this side of livestock cars.

Indianapolis asked itself what hadn’t been attempted before. City officials said, “Dreary, let’s try dreary. Think H.R. Giger or say Blade Runner on a cheerless day with oily rain. Instead of marble and classic statuary, let’s greet passengers with steel beams, rivets, and institutional tile that will always look dated.”

To be clear, I’m not talking about the beautiful, artful refurbished Union Station converted to a shopping mall and Crowne Plaza Hotel shown below. We’re talking about the loud, ghastly functional Amtrak waiting room at right where the desperate spend as little time as possible.

Photographs of the original mid-1800s Indianapolis train station show a brick building with a clock tower, not unpleasant at all. But like other cities, Indy found rumbling rail crossings interfered with bustling street traffic. Cities like New York and Washington routed trains underground, or at least beneath city streets. Indianapolis chose to elevate tracks above street level.

Passengers in the waiting room can’t escape a claustrophobic awareness they’re sitting under tons and tons of moving steel. This surely contributes to an oppressiveness and possibly a superfine grey dust that works its way into grout and grime. Would it kill the city to paint the interior once in a while?

Tender in the Moment

Like other stations, Indy selects plastic and metal bucket seats designed to make waiting as uncomfortable as possible. Passenger victims innovate ways to rest in this chamber of the restless.

Among the detainees was an eldery couple. Although the woman wore no bindi, something suggested India, Bangladesh or perhaps Pakistan.

The man stretched out across four of the miserable bucket seats, padding it with coats where he could. He positioned a hat to block the worst of the harsh lighting.

The lady tucked a blanket around his shoulders. Restless, she flitted around the terminal, checking schedules, gazing through the window of the garish sundries gift shop. Every few minutes she floated back and leaned in close to her husband. She smoothed his collar, tipped his hat to better shield his eyes, brushing the hair of his temple, whispering and holding his hand to her cheek.

Charmed, I realized I hadn’t seen such tender affection from an older couple in decades. My parents had been very affectionate, but when had I last seen such adoring compassion? The hippie days perhaps… Has couples’ fond gentleness gone out of style? I have occasionally witnessed devoted moments between East Asian couples but why has gentle affection nearly disappeared from American society?

It’s tempting to posit notions about political pop-culture dismissal of public affection, pseudo-personal Hallmark cards, or an end-product of modern feminism. Maybe all of these or none, but I miss the private endearments that once graced couples, especially older couples.

One afternoon found me sitting at a food court eating those calories such places serve. A young family sat across from me. The little boy tore around the food court, exuberantly demonstrating the H in his ADHD.

The little girl wore pink and carried a pink water bottle. Her little tennis shoes sported glitter embedded in the plastic. Typical little girl, right? Except she was playing with toy cars, pushing Hotwheels nose to nose, and chattering to herself.

Whilst musing, I heard the little girl say the words ‘sugar and cream’ and I paid more attention. The scraps of conversation I caught went something like this: 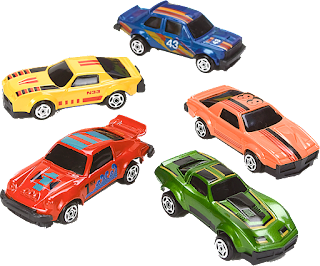 To my eye, the Baby Justin car looked about the same as Lily and her automotive friend, but I had to admire an imagination that anthropomorphized toy vehicles in a tea party. One could almost picture a Disney movie titled… what should we call it… Cars?

The scene reminded me of remarkably similar classic cartoons by Cathy Guisewite and Garry Trudeau. In his Doonesbury comic strip, Trudeau summed up the results of gender-neutral toys, a concept from the 1970s. Two mothers chat while in the background, a boy plays with a rag doll and a cooking pot. One mother tells the other she’s committed to gender-neutral toys for her son. The other mother asks how that’s working out. In the final panel, the boy is wearing the cooking pot like a battle helmet and has stretched the doll to resemble a machine gun, going “Rat-at-at-at-at-at.”

The Rest of the Room

Speaking of gender, I feel chagrined, mortified on behalf of males for women train travelers. When less than sober, staggering, weaving males are not at their best in restrooms, and rail travel is all about staggering and weaving. I’m willing to accept responsibility for 75-80% of…

Yes, because I know about ‘the hover’.

Men are looking at one another asking, “The hover? What the hell’s the hover?”

Women are on phones, texting, calling, emailing… “He knows about the hover? Who told him? How does he know? How many guys has he told? Do we let them live?”

Wait, wait, no violence please. My solution calls for single-use disposable toilets. After each flush, the so-called comfort station is immediately ejected and a new WC slid into place. A mechanical compactor crushes the ejected loo, kicking it to the side of the rails to be later collected and melted down for recycling. Awesome.

Kindly vote whether this brilliant proposal should be enacted into law.