Family Fortnight +   Following the International Day of Families on the 15th of May, we bring you another article in a series about mystery writers’ view on families. Here’s Fran’s take on the family of her original character, Callie Parrish. Settle back and enjoy! 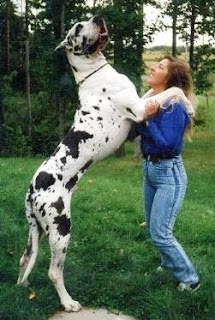 When Leigh Lundin invited Fran Rizer to participate in Sleuth-sayers' celebration of families, she encouraged her older son, who is in law enforcement, to write the blog. He has a great fiction voice and has been published, but he declined. She consulted her younger son, who after teaching in Japan for years, returned state-side and now works in a nationally acclaimed library. He specializes in children's literature. Turned down again, Rizer asked her teenaged grandson. He replied, "Aw, G-Mama, just use the essay I did before."

What to do? Rizer considered writing about a true crime family like Ma Barker's brood, the James brothers, or any one of numerous others she Googled. In the end, she got busy, and like she's done most of the time since 2007 when the first of eight cozyesque mysteries about me was published, she shoved the writing off on me.

I'm Callie Parrish. After graduating from USC in Columbia, South Carolina, I married and was teaching kindergarten when my then husband did what he did that made me divorce him. He is NO longer part of my family. Robert Frost wrote, "Home is the place where, when you have to go there, they have to take you in." I came home to St. Mary, on the coast of South Carolina, where I was raised. (I know "reared" is the correct word, but we southerners don't always speak proper English.) Didn't take long living with my redneck father and most of my five older brothers, who also move back home between relationships and jobs, to convince me to get my own place.

My mother died giving birth to me, which is why I'm called Callie. Daddy got drunk, really drunk, after my mother died. When he filled out the papers, he tried to think feminine, which he equated to pink. He couldn't think of anything that color except the stuff folks put on poison oak rash. He named me Calamine Lotion Parrish, which is bad enough. Thank heaven he didn't think of Pepto Bismol.

After my divorce, I realized I was tired of five-year-olds who wouldn't lie still for naptime. Back home, I used the SC Cosmetologist License I earned in high school voc ed to work at Middleton's Mortuary as a cosmetician (Funeraleze for cosmetologist). I like my work because my clients don't get up and run around, nor need to tee tee every five minutes.

Okay, so that's my immediate family--Daddy and five brothers, but to me, my family is much bigger. My bosses, Odell and Otis Middleton, are no longer identical as they were at birth. When they began losing hair, Otis got hair plugs; Odell shaved his head. Otis is a vegetarian who put a tanning bed in the prep room at the funeral home
--not for the dearly departed, but for his personal use. Odell is addicted to barbecue and weighs about forty pounds more than his twin. They treat me so well that I consider them family, also.

Jane Baker has been my best friend since ninth grade when she came back to St. Mary from boarding school. Some folks say Jane is visually challenged, but I call a spade a flippin' shovel. Jane is blind. She works as Roxanne, whom Jane describes as a "phone fantasy actress." What this means is she spends her nights on a 900 line to support herself without depending on anyone for transportation to and from a job. My other best friend, a gorgeous Gullah lady named Rizzie Profit, owns G-Three, which stands for Gastric Gullah Grill. Rizzie has a teenaged brother named Tyrone. I count Jane, Rizzie, Ty, and even Roxanne, as family, too.

To be truthful, and I try to be (most of the time), I used to be a little green-eyed about Jane and Rizzie. Both are better endowed than I am. Inflatable bras and padded fanny panties solve that problem for me. 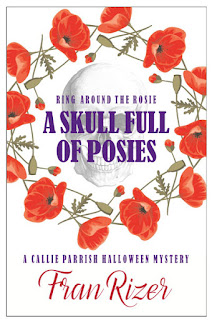 I don't have any children (yet), but I do have a fur-baby, if you can call any animal his size a baby. That's him with me in my author photo above. When my brother's girlfriend gave me a puppy, I had no idea how large Great Dane dogs grow. Like Topsy, Big Boy just grew and grew and grew. He's an important part of my family, and it terrifies me when he's kidnapped in Ring Around the Rosie, A SKULL FULL OF POSIES, scheduled for publication in September, 2017.

Thank you for letting me introduce you to the most important people in my life. I consider all of them family. To paraphrase my favorite quotation about families: "Family are the people who love you when you're least lovable." The people I've told you about have definitely shown me love over the years, frequently when I probably didn't deserve it.

My employers are Otis and Odell Middleton, but Fran Rizer bosses all of us around. She told me to close with this true anecdote.

An adopted child asked his mother, "Do you love my sister more than me? She's your biological child, and blood is thicker than water."


The mom replied, "I love you both, and love is thicker than blood."


Until we meet again, take care of … YOU!


In addition to the Callie Parrish mystery series, Rizer's published works include KUDZU RIVER (a southern serial killer thriller), SOUTHERN SWAMPS AND RUINS (a collection of haunting tales in collaboration with Richard D. Laudenslager), and THE HORROR OF JULIE BATES.