The Ghost in the Machine

Again, first off, a disclaimer. This is not a political rant any more than my previous post. Last time, I went after Michael Flynn for his lack of deportment. This time, I'm inviting you into the Twilight Zone.

We have a habit, in this country, of thinking we're the center of attention. In other words, Trump's issues with his Russian connections are all about American domestic politics. There's another way to look at this. What if it turns out to be about Russian domestic politics? 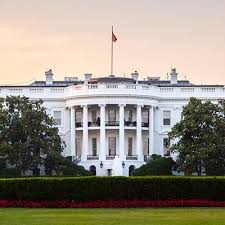 Bear with me. Filling in the background, we have Russian interference in the 2016 U.S. presidential election. This appears not to be in dispute. There's a consensus in the intelligence community. Fairly obviously, Hillary Clinton wasn't the Russians' first choice, and she seems to have inspired Vladmir Putin's personal animus. It's not clear whether the Russians wanted simply to weaken Clinton's credibility and present her with an uncertain victory or if they thought they could engineer her actual defeat. 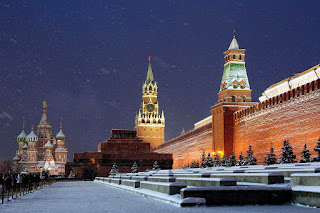 Deception and disinformation are tools of long standing. Everybody uses them, and the Russians have a lot of practice. They've in fact just announced the roll-out of a new integrated platform for Information Warfare, and under military authority (not, interestingly, the successor agencies to KGB). Their continuing success in controlling the narrative on the ground in both Ukraine and Syria, less so in the Caucasus, demonstrates a fairly sophisticated skill-set. To some degree, it relies on critical mass, repeating the same lies or half-truths until they crowd out the facts. Even if they don't, the facts become suspect.

Now, since the Inauguration, we've had a steady erosion of the established narrative. Beginning with Gen. Flynn, then Sessions, former adviser Page Carter, Jared Kushner. Consider the timeline. Nobody can get out in front of the story, because the hits just keep coming. They're being blind-sided. "They did make love to this employment," Hamlet says, and none of them seem to realize they could be fall guys, or that it's not about them.

The most basic question a good lawyer can ask is cui bono. Who benefits? If the object was to have a White House friendlier to the Kremlin than the one before, that doesn't appear to be working out. But perhaps the idea is simply to have an administration in disarray, one that can't cohesively and coherently address problems in NATO, say, or the Pacific Rim.  Short-term gain. Maybe more. 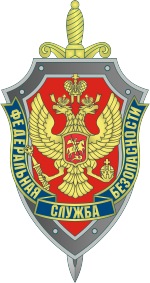 Let's suppose somebody is playing a longer game. We have a story out of Russia about the recent arrests of the director of the Center for Information Security, a division of the Federal Security Service, and the senior computer incident investigator at the Kaspersky Lab, a private company believed to be under FSB discipline - both of them for espionage, accused of being American assets, but both of them could just as plausibly be involved in the U.S. election hack. What to make of it? Loose ends, possibly. Circling the wagons. Half a dozen people have dropped dead or dropped out of sight lately, former security service personnel, a couple of diplomats. Russians have always been conspiracy-minded, and it's catching. You can't help but think the body count's a little too convenient, or sort of a collective memory loss.

Here's my thought. This slow leakage and loss of traction, the outing of Flynn and Sessions and the others - and waiting for more shoes to drop - why do we necessarily imagine this has to come from the inside? Old rivalries in the intelligence community, or Spec Ops, lifer spooks who didn't like Mike Flynn then and resented his being booked for a return engagement later. Just because you want to believe a story badly doesn't make it false. But how about this, what if the leaks are coming from Russian sources?

Remove yourself from the equation. It's not about kneecapping Trump, it's about getting rid of Putin, and Trump is collateral damage. There are factions in Russia that think Putin has gotten too big for his britches. He's set himself up as the reincarnation of Stalin. And not some new Stalin, either. The old Stalin. None of these guys are reformers, mind you, they're siloviki, predators. They just want to get close enough with the knives, and this is protective coloration. Putin, no dummy he, is apparently eliminating collaborators and witnesses at home, but somebody else is working the other side of the board. 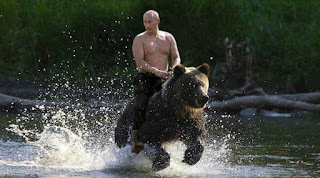 If the new administration comes near collapse, because too many close Trump associates are tarred with the Russian brush, the strategy's going to backfire, and the pendulum will swing the other way. The scenario then has the opposite effect of what was intended. Putin will have overreached himself, embarrassed Russia, and jeopardized their national security. That's the way I'd play it, if it were me, but I'm not the one planning a coup.

This is of course utterly far-fetched, and I'm an obvious paranoid. Oh, there's someone at the door. Must be my new Bulgarian pal, the umbrella salesman.

David, I’m part of the choir and definitely our election had more to do with Russian politics than it did ours. Another name thought early on (Sep-Oct) to have a ‘back-channel’ with Russia was Roger Stone, much as he had an open line with Wikileaks and Julian-puts-the-ass-in-Assange.

Kaspersky Lab is well regarded, which doesn’t mean they couldn’t have been involved, but it’s also possible they’re being punished for not falling into line. (They took a savage hit from ransomware not so long ago.)

I keep in touch with European friends and follow the foreign press. The EU is is definitely concerned Russia is attempting to place its mark on their elections. We know Russia helped promote Brexit, splitting the UK off from allies in Europe and neuter NATO. It’s thought they’re influencing and possibly financing elements within the French election. They seem to meddle in Ankara and Athens.

I like your ingenious hypothesis. Russia no doubt hoped for friendlier governments, and they may have been pleasantly surprised at the resulting disarray. May I offer another one? Why would Russia, which suffered so much at the hands of the ultra-right, promote far right-wing causes? I think a more cynical motive goes back to the adage:

No government has survived a takeover by its own right wing.

Oddly, the umbrella salesman fled my doorstep when a pair of non-North Korean ladies showed up with handkerchiefs. One said something about a reality show and… and…

Definitely don't open the door to any umbrella salesmen ever!

Good one, David. Keep them coming.

Leigh, where did that adage come from? I need a source so I can use it endlessly!
David, a GREAT article, and one that really got my mind buzzing. Thank you!

Eve, I first encountered the maxim in an NYU government economics course. The class was pretty well balanced– liberal and conservative, left and right– and me, with a deep and abiding distrust of any extreme. It was cast as a challenge to identify a government taken over by its own right wing that didn't shortly thereafter collapsed upon itself. Greece, Italy, Spain, and of course Germany are obvious European cases and we've seen numerous examples in South America. Apparently the Philippines is retesting that adage once again. How many months/years do you give them? Many of us tend not to learn from history.

Any article that has an image of Putin riding a bear is going to trump (double entendre?)my hourly Washington Post hyper reactive pop up's. Seriously interesting perspective, which is precisely what we should be doing, looking behind the obvious. Maybe we'll get the answers in the end. Which hopefully will be sooner than later.

True, Russian announced an Information Warfare organization within their military, like the US has. Vice the FSB/KGB. I suggest, like the US, the military InfoWar group is there to support warfare, both global and tactical, and a clandestine IW program remains in the FSB.