The Cop and the Codex

This is the fourth in my exceedingly occasional series of reviews of nonfiction books of interest to mystery readers and writers.  These two have nothing in common except excellence.

The Job by Steve Osborne.  Steve Osborne was a New York City cop for more than twenty years.  One day, after his retirement, he was invited to speak at a Moth event.  For those of you not in the know, The Moth is a radio show on NPR (also available as a podcast).  They record live events where people tell true stories, and pick the best ones for airplay.

Osborne had twenty-four hours to prepare his telling and was shocked to find hundreds of people in the audience.  ("I would rather have chased a guy with a gun down a dark alley than get up on that stage.")  But he did and it was a hit and he appeared many times more on the show. 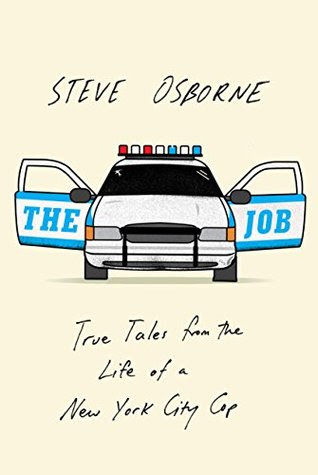 Which resulted in The Job, a collection of essays about life as a cop.  It is full of crazy incidents and fascinating details.  Take this example, which happens to be from the very story that got him started on The Moth.

Normally most cops don't like hanging around where you work because if you're active, meaning you make a lot of arrests, guys get out of jail and don't necessarily have fond memories of you.  You don't want to have to deal with them when you're off duty, especially when you're with someone you care about, like a girlfriend.  It's not that you're scared of these guys, it's just that you have better things to do with your free time than getting into an off-duty confrontation.

This particular story is about a convict who does have fond memories of being arrested, much to Osborne's astonishment.

Another tale I liked was about the city's obsession with keeping squatters out of Tompkins Square Park which resulted in one cop car patrolling the inside of the locked park every night while a sergeant in another car circled the outside.

Osborne worked for some time in Anti-Crime which he described as the best or most-active cops in any precinct.

Our job is to go out and hunt.  And it is like hunting - very much so.  All night long we ride around searching for bad guys who are looking to commit a crime.  Our job is to find them before they commit the act, and be there when the crime happens.

The most powerful part of the book occurs when Osborne is on the Bronx Warrant Squad and goes, with his crew, to locate and arrest a gang member.  They find the fugitive's mother who tells them her son is dead.  What happens next is a tiny shred of shared humanity than any novelist would have been proud to dream up. 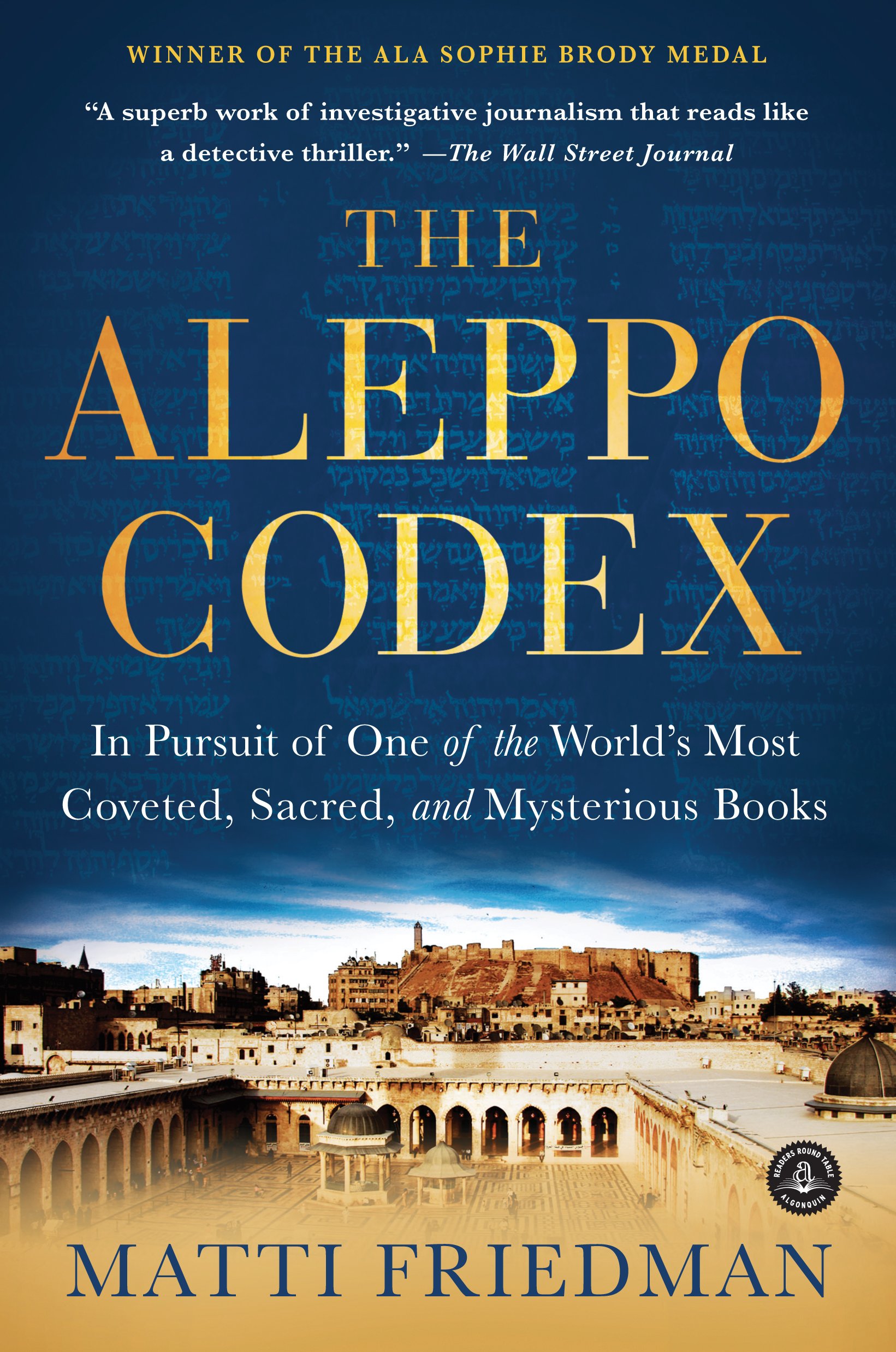 The Aleppo Codex by Matti Friedman. A "codex" is simply a book-shaped book, as opposed to a book in the form  of a scroll.  In synagogues Bible texts are always read from scrolls, but the synagogue in Aleppo, Syria, was the home for hundreds of years to a codex, written by hand more than 1,100 years ago.  Known as the Crown of Aleppo it contained not only the books of the Hebrew Bible (more or less what Christians call the Old Testament),  but also annotations on how the vowel-less words were to be pronounced, and exactly how the text was to be written out.  It is the ur-text from which a millenium of scribes have reproduced the sacred books.  Maimonides, the great Jewish philosopher, had that very copy on his desk when he was writing his book on Jewish law.

The Aleppo synagogue was destroyed during the riots in 1947 after the UN vote that paved the way for the creation of the state of Israel.  The Codex - or most of it - survived the catastrophe and eventually made it to Israel.

All well and good, you might say, but what does this have to do with crime writing?  Never fear; I will offer you  tales from three different genres.

Spy thriller.  In order to protect it, the Jewish community of Aleppo spread the word that the Codex was destroyed in the fire.  Years later they arranged for a cheese merchant to smuggle it into Turkey, wrapped in cheese cloth, inside a washing machine.  An Israeli agent then got the merchant, his family, and the treasured text into Israel.

Courtroom drama. The cheese merchant gave the Codex to a government official, much to the shock of the Syrian Jews in Israel who felt it belonged to them.  Understand that I am wildly oversimplifying, but in those early days many Israeli officials, who were from the European side of the family, considered the Oriental (i.e. Middle Eastern) branch to be quaint and primitive.  The president of the state (a major player in the Codex story) referred to "the most backward Jewish tribes, whose cultural possessions have no responsible curator."

Naturally the Syrian Jews who had successfully curated the Codex for hundreds of years went to court to get it back.  Matti Friedman, the author of this book, uncovered the partial transcripts of the trial which, frankly, don't make the government officials look good.

Theft.  The official story is that most of the first five books of the Codex (The Torah or Pentateuch, the most vital part of the Bible to any Jew) were destroyed in the synagogue fire, but Friedman builds a solid piece-by-piece case that the majority of those pages were in tact when they arrived in the care of an Israeli institute.  A few years later they had vanished.

And things get messier.  Consider the death of a rare book dealer two years after he  allegedly offered to sell most of the missing pages to a collector for a million dollars:

The case was never solved.  Officially, in fact, there was no case, as the Hasid had died of a heart attack, in a hotel room that happened to have been rented by someone using an alias, who then disappeared without a trace.

Certainly convinces me.  Nothing to see here, folks.