Let's Do the Twist

In his book Spunk & Bite, author and publisher Arthur Plotnik says, "Readers love surprise. They love it when a sentence heads one way and jerks another."

How true. And what works in language/style also seems to work--at least in this case--in plots. Readers, and viewers too, like it when the story takes a sudden and unforeseen turn. Sometimes it's just a side street that eventually leads us back to the freeway, but occasionally it's a major roadblock that sends us off in a totally different direction, or even headed back the way we came.

FYI, I'm not talking specifically about surprise endings, like those in Shutter Island, Primal Fear, The Sixth Sense, Fight Club, Planet of the Apes, Presumed Innocent, The Usual Suspects, "The Lottery," "The Gift of the Magi," etc. The reversals I'm talking about can also occur earlier in the story.

Nobody who reads fiction (or watches movies) wants the characters to have an easy, carefree ride. We want our hero or heroine to be challenged, and not only with that initial "call to adventure." We want him or her weighted down with burdens and decisions and constantly-changing threats. And the main thing, here, is changing. Since we as human beings are always worried about changes in our own lives, we as readers are worried when characters face changes--illness, death, divorce, a new job, loss of a job, a new location, strangers who come to town, and so forth--and have to deal with them. It adds to the "uncertainty of outcome" that's such an integral piece of storytelling. This happens in all good stories, but a part of that, especially in genre fiction, is injecting twists and turns throughout the tale. 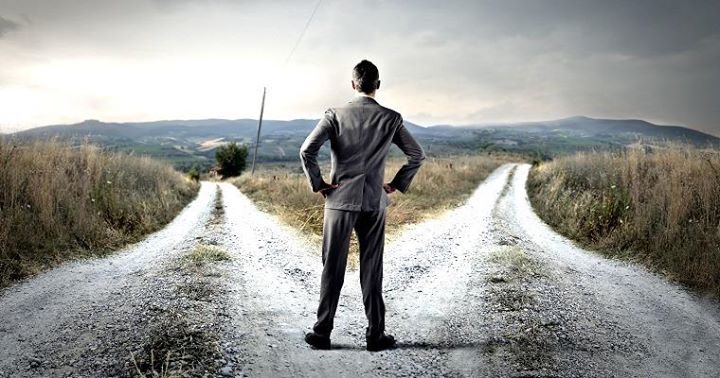 I always enjoy movies and novels that contain those in-flight reversals. There are many examples, but the following stories--all of them are films and most were books as well--come to mind because they feature a sudden 180-degree switcheroo in or near Act II: A Kiss Before Dying, Psycho, L.A. Confidential, Executive Decision, Ransom, Gone Girl, Deep Blue Sea, Marathon Man, etc. And I don't mean a slight swerve off the path; I mean a clap-your-hands-over-your-mouth and bug-out-your-eyes stunner that completely changes the course of the story.

The reversals in the movie versions of Psycho and L.A. Confidential were especially memorable because--in each case--the best-known actor in the cast was unexpectedly killed in the middle of the story (early middle in Psycho, late middle in LAC). That also happened when the most famous actor in Game of Thrones bit the dust (well, his severed head did) in the final episode of the very first season. It left viewers thunderstruck, and understandably wondering what other off-the-charts events might happen, and when. If long-term tension is what you're trying to create (as a writer/director) and what you enjoy (as a reader/viewer), this is a pretty effective plot device. 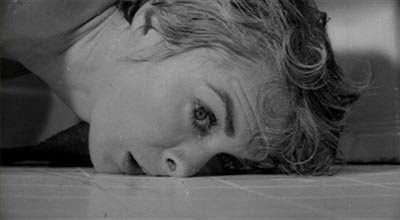 It occurred to me, while I was writing this, that one definition of the word reversal is "a setback, or a change of fortune for the worse"--as in, I suppose, a deep dip in the Dow Jones--and I think that definition holds true for today's topic as well. Reversals in fiction are often for the worse, and that can help the story. More conflict, and more agony for the protagonist, means more suspense.

A sense of misdirection

Other tales that had big mid-story twists: The Maze Runner, Reservoir Dogs, The Departed, "A Good Man Is Hard to Find," Life of Pi, Sands of the Kalahari, A History of Violence, The Hateful 8, Blood Simple--and almost any short story by Roald Dahl and any novel by Harlan Coben. Those two authors were/are masters of the plot reversal. With regard to endings, Lawrence Block had an interesting observation about that in his book Telling Lies for Fun and Profit. He said, "The best surprise endings don't merely surprise the reader. In addition, they force him to reevaluate everything that has preceded them, so that he views the actions and the characters in a different light and has a new perspective on all that he's read."

At the risk of repeating myself, I think the same thing applies to twists and reversals during the course of the narrative. If you're good enough, you can use reversals to keep a reader off-balance and still maintain the central storyline. The diversions, when included, should be there for a reason, and not just for shock value and entertainment. The twists should fit in and be logical, and should--ideally--make the journey more interesting to the traveler.

Do you agree? Is that something you try to do in your own writing, or look for in your reading and/or viewing? What are some of your favorite reversals in movies, novels, and stories? Can you think of some that didn't work well? Which ones surprised you the most? I think I actually spilled Coke on the people around me in the theater when Janet Leigh met her fate in the Bates Motel (that bombshell seemed to drop almost as soon as I got settled into my seat), and I choked on my popcorn when the guy pushed his date off the roof of the building in the first half of A Kiss Before Dying. I'll remember those scenes always. And that's more than I can say for a lot of the novels I've read and the movies I've seen lately.

In real life, certainty and security are comforting. In fiction, the future is always unpredictable.