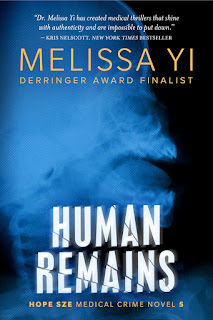 “I hate how Miss Marple solves murders and remains completely unaffected by them,” said my friend Jessica. “I like that Hope is real.”
Dr. Hope Sze is real to me, too.
The problem is that Hope has gotten a little too real in my latest book, Human Remains.
After the hostage-taking in Stockholm Syndrome, Hope has post-traumatic stress. Which means I have a few problems, as a writer.
1. PTSD may not be compelling to read about. Hope is numb and antisocial and angry. Not the cute little pixie detective your average reader might want to get to know.
2. Hope has a lot of backstory. For starters, I have to mention the hostage-taking and the fact that she has two boyfriends, without too many spoilers.
3. Normal writer concerns: I try to set up character, setting, and a problem in the first paragraph, ideally in the first sentence. I also need to establish that she’s an Asian female physician and that the story is set in current-day Ottawa, Canada, just before Christmas. Finally, I have a clear voice for Hope. 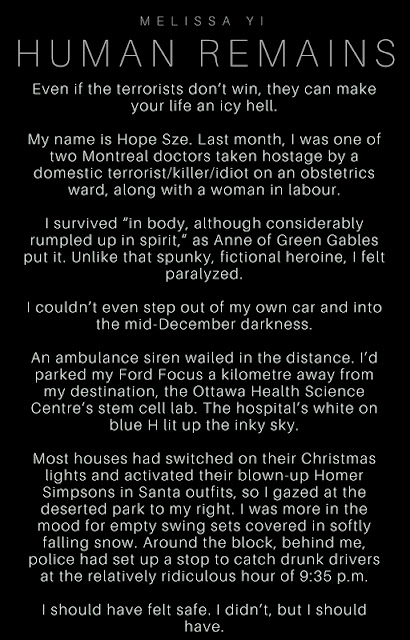 Next, I'm coding it based on these three main concerns. 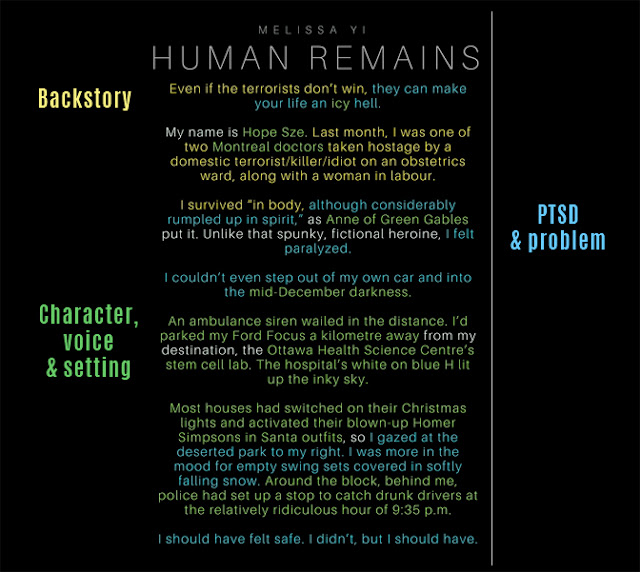 You may argue about how successfully I've accomplished my goals, and how well I'm telling a story, which is the ultimate bar for a novel, but one of the things I like about writing is the problem-solving. You get more skilled, but there's always another part of the craft that needs work.

The "My name is Hope Sze" paragraph is not my first choice, because I prefer subtlety in explaining the hostage-taking backstory, but in the end, clarity and accessibility to new readers were more important than my poet's sensibility. Also, I feel like it's a tribute to Sue Grafton, because I would smile in recognition when she'd start off, "My name is Kinsey Millhone..."

I generally have to add setting in afterward. Mysteries are all about plot, to me; I already have Hope's character and voice; but especially for this one, where she works in a stem cell lab, I had to tour Dr. Bill Stanford's stem cell lab, quiz him and Dr. Lisa Julian, and still ask questions months later. Even then, Michelle Poilly, a local college science teacher, asked me pertinent questions about adding shakers to the virology lab or explaining plasmids differently. 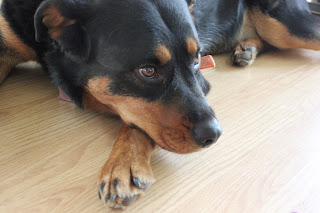 I don't pretend to be a PTSD expert, either, but at the Writers' Police Academy last summer, I had the opportunity to meet Paul M. Smith and his service dog, Ted. Paul is a counsellor for traumatized officers and their families. Paul suffers from PTSD himself, so he has a service dog named Ted. At one point, when students surrounded Paul with questions, Ted came up to Paul, reared up on his rear legs, placed his paws on Paul’s shoulders, and looked him in the eyes, grounding him.

Maybe that's why Hope befriends a dog named Roxy in this book. I believe animals are a wonderful way to rebuild ourselves.

What about you? How do you balance all the information you have to convey with the story you must tell to hook the reader?

And how do you talk about the serious issues in the world?

MD/Ph.D. Dr. Stephen M. Stahl points out that PTSD is an increasing problem. Of the soldiers in Iraq and Afghanistan, he estimates 1 in 1000 died, and 1 in 100 were injured, but as many as 1 in 5 ended up with a mental illness (PTSD, depression, or suicide). Twenty to thirty veterans die from suicide every day.

As writers and readers and citizens, how do we acknowledge these terrible realities, yet continue to create and shape a better world?