Edit As You Go?


by John Floyd
As I mentioned in my column on defining mysteries a couple of weeks ago, there are a lot of questions that always come up when writers get together--and some of the answers depend not so much on knowledge or experience but on the individual quirks of individual writers. Some of our methods and practices seem to be done or not done simply because that's the way our brains are wired, like whether to squeeze the toothpaste from the end of the tube or the middle, or whether we're always early to appointments or always late, or whether we prefer to unroll the T.P. from the front of the roll or from the back. For writers, one of those questions is do you edit as you go. or do you edit only after the first draft?

Some authors feel it's necessary to make each page (or each paragraph) as perfect as it can possibly be before proceeding to the next; others don't worry much about rewriting or refining until the entire piece is complete, whether it's a poem, a short story, or a novel. (NOTE: I'll concentrate mostly on shorts here because that's mostly what I write, but the process can apply to longer works as well.)

For the record, I fall into the second group. My first drafts of a project are not only first drafts, they're rough drafts. And I mean really rough. In my first drafts, I don't worry about style (grammar, sentence structure, paragraph structure, spelling, capitalization, word choice, word usage) at all. I just write down a stream-of-consciousness summary of the story, sometimes plugging in place-holders like D for detective, K for killer, V1 for first victim, LND for lady next door, etc., and laying out the plot from start to finish. Then I go back and start rewriting and polishing and assigning names and personalities. I've often said that if I'm run over by a truck, anybody who later finds one of my first drafts would think I'd lost my mind, because those yet-to-be-edited works-in-process are truly unreadable to anyone but me.

Again, though, many writers I know choose not to postpone the task of editing. They go ahead and edit their current output, whether it's a hundred words or five thousand, in order to be ready for the next day's work. Some even edit their sentences and paragraphs as they create them. One writer friend of mine is so efficient at doing that, she says that when she's completed editing the final page of her book, she's done. There's no need to do any more editing on anything. I can only imagine that, and in fact I'm in awe of those who can do it. And--for most of us at least--I'm not sure that's the best approach. 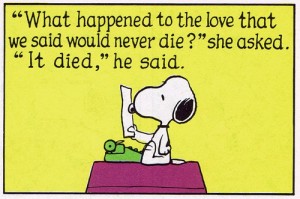 My reason is simple. If I did that, if I studied and corrected the words or pages I've completed today
and kept on editing until they're as perfect as I can make them before proceeding, and if I continued to do that day after day . . . what would happen if I suddenly decided, later on in the project, that I need to add something to the plotline, or take something out, or otherwise change the flow of the narrative? I'll tell you what would happen: I'd have to go back and rewrite what I've already rewritten. And I'd wind up wasting a great deal of time. (I should mention here that I use the same edit-only-after-the-first-draft process for nonfiction pieces as well; in fact that's the way I wrote this column. I typed some overall points I wanted to make, all the way to the end, and when all that was finished I went back and tried to fine-tune everything until (hopefully) it made sense.

Okay, I know what you're thinking. I know because if you were telling me this, it's what I would be thinking. I would be thinking, If you find you're having to go back into the story and correct so many things, structurewise, maybe you should plan a little more carefully before you start, and then you wouldn't have to backtrack and change things so much. And that'd be good advice, if it worked. For me it doesn't always work. I do plan, and pretty carefully, before I start. Matter of fact, as I've said before at this blog, I'm an outliner rather than a seat-of-the-pantser. I try to map things out all the way from the opening to the ending, at least in my head, before I begin writing. But (which might mean I'm not very good at it) I do often find, during the heat of battle, that I want to improve something or introduce another character, or maybe even change the POV--and when that happens I go back into the story and insert, remove, or rearrange words, phrases, paragraphs, or pages. And when I do that, I don't want to have already edited that part of the story to the degree that I'm satisfied with it. I want instead to plug in the new material and/or remove the old and only then do my final editing. But that's just me.

My edit-as-you-go pals tell me there are several advantages to their way of doing things. One is the fact that (as I've already mentioned) when you're done, you're done. If you're finished, and you've competently edited your work after each page all along the way, let's say, then your story is now complete--no extensive rewriting is required. Another advantage is that you might feel a little more enthused about starting the next day's writing if the previous day's is already edited and near-perfect. And a third reason, I guess, is that if you are constantly editing, improving, and correcting, nonstop, then maybe you're staying sharp(er) and consistently doing what will turn out to be a better job in the end.

I can see that. I can understand those reasons. But I still can't, and won't, do it that way. To me, the advantage of first putting the entire rough story down on paper (or onto your hard drive) is that when that's been accomplished, the hard, creative, most important work is already done. All that's left is the playing around and the polishing, and I'm one of those weird purple who actually likes to rewrite. I like to adjust and refine and tweak a story and try to make it shine--and I'm not at all put off or bored by that process, or by doing it all at one swoop. But I can see that some writers are. To each his own.

A couple more opinions. In a review published in The Writer several years ago, Chuck Leddy wrote: "Irish novelist Anne Enright says, 'I work the sentences and the rhythms all the time. I can't move on from a bad sentence; it gets more and more painful, like leaving a child behind you on the road.' Curtis Sittenfield, however, completely disagrees: 'I strongly feel that trying, in a first draft, to make every sentence shine and be perfect before moving on to the next one is a recipe for never finishing a novel.'"

Which brings up the inevitable questions: Do you prefer to edit your manuscripts as you go? Or do you like to write it all down first, warts and all, and then do the editing? Does it depend on the category (or the length) of the manuscript--short/long, fiction/non? Do you see a distinct advantage to either approach? Do you think the preference is by choice, or that it's already ingrained in our DNA?

And the best question of all: If the final product is good . . . does it really matter?
Posted by John Floyd at 00:01