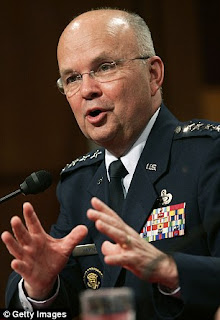 The last ten years of Hayden's career are, um, interesting, a period that was a particular challenge for the American intelligence community - and for Hayden personally, a time when he became a senior placeholder and the brand label for an emerging subset of spycraft, the Information Domain.

Hayden commanded the Air Intelligence Agency before moving up to NSA. This is one of the three military cryptologic units (each of the major branches have one), and in fact it's my old outfit, the USAF Security Service, dressed up in new clothes and renamed. the basic mission is much the same, but as the electronic battlefield has gotten more sophisticated and elusive, the targeting and analysis strategies have kept pace. Hayden's assignment to AIA was a bellwether of his later tenure as DIRNSA. Although he seems to have miraculously few serious enemies in and around the Beltway, he's known to take no prisoners.

Air Intelligence apparently became something of a test case, both for Hayden and the secret world at large. It's a commonplace that generals fight the last war, and it's just as true of the secret intelligence community. Hayden brought a different mindset to AIA. The enemy was no longer state-sponsored. The environment was target-rich, but suddenly diffuse, amorphous and unfocused. Hayden didn't invent the concept of metadata, but he understood how it could be a useful tool. The problem wasn't too little intercept, it was too much. You needed a way to shape the raw material, to give it context and collateral, and put the dirty bits in boldface.

Otherwise, your 'product,' in the jargon, turned lumpy and indigestible, like a cake that's fallen in the oven, and your consumers would spit it out. You're only as good as your box office. Hayden understood the relationship was market-driven.

Let's cut to the chase. There's a cloud over Hayden's job performance as DIRNSA, and then as DCI. The complaint is that he was, in effect, a Good German - that he turned a blind eye to excesses. Now that Hayden's published a  memoir, PLAYING TO THE EDGE: American Intelligence in the Age of Terror, he gets to tell his side of the story, or at least blow some smoke our way. 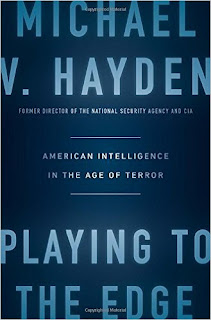 Let me 'splain something here, Lucy. Spook memoirs are a mixed bag, a specialized genre like the campaign biography, with peculiar ground rules. There are the outright fabrications, like Kim Philby's MY SILENT WAR, which was ghostwritten by his KGB handlers. On the other hand, some are entirely reticent. Dick Helms' A LOOK OVER MY SHOULDER is so dry you wonder if the guy even has a pulse, until he gets to Nixon and Watergate, and his fury boils over. They usually split the difference, between a poison-pen letter and a sanitized employment application. It helps if you're familiar with the background landscape, and the supporting cast, which of the stories have been told before, from which perspective, and who's gone into Witness Protection. Valerie Plame Wilson and Scooter Libby are going to have two very different recollections of similar events, let's face it, and the possibility of active disinformation is never far from mind. You have to sort it out, and separate the self-serving from the malicious, or purely deceptive.

'Frank' isn't a word that trips immediately off the tongue when you consider Michael Hayden, but the book is revealing in ways he maybe isn't aware of. It surely displays the quality of his mind, and it also betrays an impatience with fools, which is no bad thing. I was put off, though, by a certain rigidity of temperament, or even spirit. Hayden doesn't seem to entertain much self-doubt. He's not a second-guesser. He weighs the arguments, he calls heads or tails, and then the tablets are written in stone.

A case in point is PRISM, the eavesdropping program I've described previously. Hayden refers to it as STELLARWIND, which is how the product was labeled, and although he admits there were some privacy concerns, it was simple necessity to use it. Okay, take his word for it. Then let's talk about Enhanced Interrogation. Opinions vary, but a lot of professional interrogators say torture doesn't get the needed results. Hayden says different. Again, is this philosophical, or metaphysical? Depends whose ox is being gored. If you're the guy on the operating table with water running out your nose, you're in no position to argue. We could also get into the nuts and bolts of the drone program and how targets for elimination are selected. 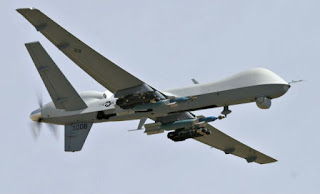 The larger question here, aside from specific issues, is transparency. Hayden's read on this is spectacularly tone deaf. When he took the helm at NSA, he made an effort to drag them kicking and screaming into the daylight. This was simply good public relations, to position the agency as a visible presence, and sitting with the grown-ups. He'd also inherited a recalcitrant and ungainly command and reporting structure, so Hayden's reorganization went some way toward establishing his own independent power base. What didn't happen, though, was any change in his baseline metabolism. The habit of security, circling the wagons, is ingrained, it becomes second nature.

Hayden falls back on the Honorable Men defense. This is the title of William Colby's memoir of his years as DCI - and comes, in fact, from his testimony in front of the Senate Select Committee. We work in secret, Colby's train of thought goes, and the American public has to trust us to be honorable men, that we know right from wrong. Or, as Mike Hayden puts it, quoting an unexpected source, "To live outside the law, you must be honest."

Stop me if you've heard this. It sounds much the same, set to new music, and sung in the key of Tuned Out.
Posted by David Edgerley Gates at 00:00

Interesting piece.
I often wonder at the impact of the huge popularity of quite unrealistic heroic spy fiction on attitudes both inside and outside the intelligence business

Could you explain the saying that generals fight the last war? I'm sure something smart is being said, but I'm feeling a little less than genius. Thanks.

David, those without self-doubt or at least self-questioning spook me. I’ve known a number of people with blithe self-assurance who, when things blew up, insisted it couldn’t possibly be their fault.

The same is true of torture. One of your sentences about electronic data applies as well to this topic, as the Romans learned: “The problem wasn't too little intercept, it was too much.” Beyond the ethics, many people will confess to anything and often it doesn’t take much. Under extreme duress, A implicates B and the practitioners find themselves convinced of their own infallibility.

I find your articles intriguing, David. I appreciate your well-read assessment.

Anon, David may have a different take, but I’ve understood that to mean generals (re)fight the previous war. Indeed, I believe that was one of Corporal Hitler’s bitter complaints.

Anon - Jean Larteguy gives a famous example in THE CENTURIONS (which begins at the fall of Dien Bien Phu), that the French general staff was still stuck in the mindset of Verdun, WWI, not even WWII, and were completely unequipped to fight the Viet Minh. The paratroopers in the novel, as they did in life, go on to apply the lessons they learned in Viet Nam to the Algerian insurgency, with mixed results, meaning they won a lot of fights, but lost the war. *They might say, though, that de Gaulle stabbed them in the back.

David, excellent article. True Believers (political or religious) make me start looking for a bolthole, because when they come after you, they have no limits and need none, because God (or the equivalent thereof) is on their side, and they are HOLY....