by Leigh Lundin
“He lied for pleasure,” Fuselier said— Supervisory Special Agent Dwayne Fuselier, a clinical psychologist and an FBI investigator.
In this case, he was talking about Eric Harris of Columbine notoriety. But millions of people who aren’t mass murderers also lie for pleasure. They tread beyond compulsive, they go beyond obsessive– they lie for enjoyment, gratification, and amusement. 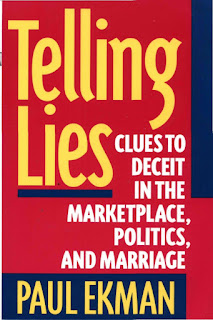 It’s rare for the average person to get to know a criminal mind. I’m not talking about the desperate committer of crimes or those who’ve lost their way, but people who deliberately set out to steal or defraud for no other reason than they wish to.

Oddly enough, most fraudsters I’ve personally known have been disbarred lawyers. Truly. Wait, I’m not picking on lawyers as a class nor am I providing fodder for lawyer jokes– we can do that another time if my friend Dale turns a blind eye. But for unexplained reasons that seem beyond coincidence, the major swindlers I’ve encountered have been former attorneys and one a former judge. They all hail from Florida as well, formerly a haven for con artists and scammers selling underwater parcels of land.

My friend Sharon sent me an Orlando Sentinel article titled “Husband of disbarred attorney sues her, alleging fraud, forgery.” Strange as that sounds, it barely hints at the machinations involved… you’ve got to read the article.

It put me in mind of another lawyer whom I’ll call Dr. Bob Black.

Judge Not Lest… an opinion piece

I met ‘Dr. Black’ at a local college campus. We chatted between breaks. He failed to let on he’d been disbarred, although he mentioned numerous times he’d been a judge. He shared he was raised in financial comfort and had been well educated. His relationship with his parents, especially Bob Sr, sounded complex and later left me wondering about the residual effects.

Black had bought a minor mansion in an Orlando historical district. He’d gutted it and was in the process of slicing its interior into small apartments when the Historical Society called a halt, pointing out that ruining a historical building and establishing multi-family residences in a single-family zone was forbidden. Unfazed, Black put it up for sale, advertising it as partially converted to apartments but possibly not mentioning the legal stumbling blocks.

At the time of his real estate ventures, Bob was also hawking a computer he called the Macintosh XLS. I recognized the machine as an Apple Lisa, the forerunner to the Mac, although Black claimed it was not a Lisa but a super-advanced product that outclassed other computers— especially its price of $10 000, about five times the price of a Mac at the time.

A little research showed he was buying refurbished units from a company in Shreveport, bundling them with freeware and shareware, and offering training worth “thousands of dollars.” As it happened, he was paying less than $40 for adult classes at Winter Park Tech where my friend Geri taught. Geri found herself with more than one of his victims in her classes, including one man whose wife was dying of cancer and was barely holding together emotionally.

Black was buying outdated, refurbished computers for a few hundred dollars, adding freeware (free software) and $40 worth of classes, and then selling them as high-end products to the unsuspecting.

Dr. Black was a snappy dresser. Even at casual gatherings he wore suits, and under his suits he wore sweater vests, not a common sight in Florida.

He liked talking to me, even when I’d call him on some of his shenanigans. When I asked barbed questions, he showed a politely bland face, no anger or irritation at all. I wondered if he masked his feelings or felt nothing at all. Did he choose me just to have one person to talk to?

He claimed to have been a judge, and apparently that was true. The ‘Dr’ part he tacked onto his name– He liked the sound of it. Beyond the connotation of ‘juris’, it had no more meaning than the ‘Dr’ in Dr. Pepper.

Black confided he was ‘judgment-proof’ and explained he maintained real property in his wife’s name and kept all his other assets offshore. The topic of disbarment didn’t disturb him… he simply acted as if he didn’t hear those questions, although once he hinted at a political misunderstanding.

One of his controlling peculiarities was to arrange meetings with clients at odd minutes on the clock, say 9:42 or 10:13. Black claimed he was too tightly scheduled to waste appointments on the half or quarter hour.

His attitude toward ripping off people was entirely incomprehensible to most observers. Black exhibited zero contrition but especially no shame whatsoever. He displayed a bullying arrogance toward anyone he could. He may have fancied himself superior to lesser people; others were merely ants that he righteously stepped on if they got in his way. Bob seemed to typify a sociopath in every sense of the word.

The Detective and the Reporter

A pair of related calls came in on my consulting line. Geri had referred one caller, a former New York City homicide detective who’d been defrauded by Black. The other was from our local WCPX star consumer crusader, Ellen MacFarlane. The detective happened to know Ellen’s mother, a NYC judge, and her sister, a force within the New York Department of Consumer Affairs. They asked me if I would provide technical knowledge for an exposé of Dr. Bob Black.

Ellen suffered from multiple sclerosis, but she was a fighter. I sat in on the interviews, sometimes feeding her questions. Black’s strategy was to answer no question directly. If she asked him about reselling obsolete equipment, he would respond with a rambling discourse on Steve Jobs, Reaganomics, and local gardening regulations. He exhausted the lady, but Ellen managed to air the segment.

The detective wasn’t done. He sued Black and called me as a witness.

We sat waiting for Black in the judge’s chambers. At nearly half-past the hour, the phone rang. The judge put it on speaker phone: A whimpering Black claimed he was deathly ill.

The judge said, “Frankly, Mr. Black, you don’t have much credibility around this court. However, I’ll continue this case if you get a doctor’s note to me within three days.”

Upon my return to court, I bumped into Black. He always acted polite to me and he did so this time, impervious to my cool nod. This time, the parties indicated they were considering a settlement. I wasn’t called to court again so I don’t know what, if any, judgment or restitution was involved.

To say Black was a scoundrel or a rascal is to diminish the impact he had on others. The Yiddish word ‘gonif’ comes close, implying a thief and a cheat.

Most of us would like to leave the world a better place. Besides social currency, reputation is a reflection of future self, the part that remains after we’re gone. We can’t all be great authors, musicians, artists, nurses, and teachers, but we can be good people. People who don’t care are alien to the rest of us.

I’ll bracket this article with “in my opinion,” but Black made a living from cheating people. He could argue he gave naïve people what they asked for (“They should have done their homework”) and what he promised (“So what if I sold them free software and who’s to say the $40 course isn’t worth thousands”).

For all that, my greatest astonishment centered around his lack of shame. I used to attend LegalSIG, a special interest group run by a local law firm concerning matters of business and law. Black would attend, showing no chagrin, no humiliation, not the least discomfort. Most people would not put themselves through such mortification, but Black felt no discomposure. He was internally ‘judgement-proof’ emotionally as well as financially.

Friends asked why ‘Black’ singled me out to talk. Partly, people found it easy to chat with me, even confide, but also I could listen without hating him, which I suspect many of his colleagues and victims must have done. From him, of course, I heard only fragments of his exploits. He never mentioned the word ‘victims’, but hinted those who’d fallen for his schemes were weak-minded. He sometimes suggested when his prey rose up, they were unfairly trying to victimize him for being the more clever.

I can’t read a mind like his, but I began to suspect that if he dealt with emotions at all, he might have felt no wrong. He might even have believed himself entitled, that he had the right to exploit lesser humans, those who could not harm others. If so, I feel sorry for him. But I'll never know for sure.
Posted by Leigh Lundin at 00:00