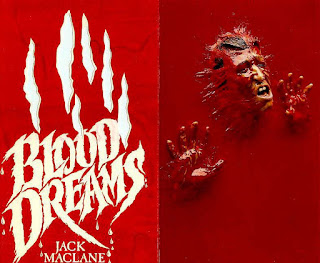 Jan Grape here: Bill agreed to help me out today as I couldn't manage with this bad sinus headache. I don't care what he says, he's a best seller in my book and been a good friend for almost 100 years. Thanks, Dr. Crider.

Bill Crider here. Jan Grape’s a bit under the weather, and she asked me to fill in for her today. I didn’t have time to dash off any deep thoughts, but I did have something for her. It’s a piece I published on my own blog 10 years ago, and I was considering reprinting it soon. So instead of reprinting it on my blog, I’m using it here.


Now and then someone asks me (though maybe not in these exact words), "How is it that somebody who's been consistently publishing for over 30 years, who's done three or four series, and who's sustained one of them for 30 years now, remains a complete unknown?"

As Mike Hammer says, "It was easy." I just never had a hit. People who ask me to blurb their first novels sell more copies of it than I've sold total. People who started writing well after I did are now on the New York Times list. Maybe I just don't write the right kind of books, or maybe my books just aren't that good. (I'd like to disregard that second possibility, but there it is.) Reviewers like me (mostly), editors like me, readers (when they can find the books) like me. But here I am, unknown.

I've come close to being known, though, a couple of times. When my evil twin, Jack MacLane, was writing for Zebra Books, the editor there really loved his work. After the first two books, I didn't have to offer a synopsis or even a title. My contract just said, "two books by Bill Crider." At one point, I was about to get The Big Push, with Blood Dreams. Die-cut cover with embossed inner cover. A dump in the front of all the chain stores. Publicity! The works. 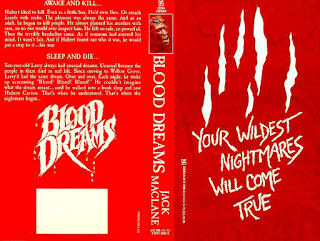 Didn't happen. The editor got pregnant and left the company. Another editor came in. The book was slapped back to the regular list, with a regular cover. The dump in the chains? Publicity? Forget it.

What proof do I have of this? Not much, except for a cover flat that I got when the big plans were being made. That's it in the pictures, both the outer cover and the inner cover. Pretty cool, right? I sure thought so at the time. I thought Jack MacLane was on his way. And he was, straight to oblivion, which is where he remains. My brief brush with fame was pretty short, but it was fun while it lasted.
Posted by Jan Grape at 00:01