You Should Never Assume ...

There's a famous episode in the original version of TV's The Odd Couple in which Felix Unger (the late, great Tony Randall) appears as his own attorney in court. Under Felix's questioning, a witness testifies that she assumed something, at which point Felix interrupts her, grabs a blackboard (conveniently sitting right there in the courtroom), and says, "You should never assume because when you ASSUME"--picture him writing the word in all caps on the blackboard--"you make an ass of you and me." Picture him now circling the ass, then the u, then the me. It's a wonderful scene (available on YouTube here) that makes a good point about assumptions. Problem is, people often don't realize when they're making assumptions.
Take the simple moist towelette. You know, the little damp napkin you get in rib joints and other messy places to help you clean up. The towelette comes in a little square paper wrapper. And on the back are instructions: Tear open and use.

Whoever wrote those instructions assumed you know what the towelette is for and how to use it. Why the writer then figured you needed to be told to actually use the darn thing is beyond me, but what's clear is that an assumption was made. At least this assumption is funny. But assumptions can also be dangerous.

I recall visiting family when my oldest niece (who shall remain nameless here so she doesn't hate me) was twelve. She was going to make her own lunch for the first time. Her mom was proud, said she knew the kid could handle it, and left the room. My niece picked up a can of something, placed it in a bowl, set that bowl in the microwave, closed the door, and was about to turn on the microwave when I screamed, "No! You'll burn the house down." She was quite surprised because the can's instructions had said to put the contents in a microwave-safe bowl and heat for a certain time period. The instruction-writer had assumed my niece would know to open the can and pour the contents into a bowl, not put the can itself inside the microwave. Ah, assumptions.


They also can be a bane of fiction writers. I once wrote a short story in which a character was given a pie and she remarked that she'd surely love it since she adored blueberry pie. A member of my critique group said, "She hasn't cut it open. How can she know it's blueberry?" I realized I had pictured the pie with a lattice crust so the character could see the inside, but that information hadn't made it onto the page. I just assumed the reader knew my intentions. Tsk tsk tsk.

I often see assumptions in the novels and stories I edit for other authors. They know their plots so well, they assume they've told or shown the reader everything necessary for their scenes to make sense. Alas, that's not always the case, which is why it's always good to have an editor or beta reader who can point out when assumptions have weaseled their way in.

But assumptions can also be helpful in stories. We know that people wrongly assume things all the time, so it's believable when characters assume things, too. For instance, in my story "A Year Without Santa Claus?" from the January/February issue of this year's Alfred Hitchcock's Mystery Magazine, three men are murdered in New Jersey, one dressed as Santa, one as Frosty the Snowman, and one as the Easter Bunny. Assuming the men's costumes were relevant to their deaths, Santa decides Jersey is too dangerous this year; he's not coming for Christmas. That assumption sets the stage for my sleuth (the head of everything magical that happens in NJ) to investigate the murders and try to save Christmas. (Want to read the story? It's on my website. Click here.) 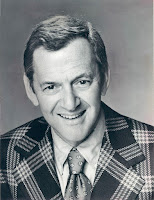 Assumptions can also be a bad guy's undoing. In a story in the anthology Malice Domestic 11: Murder Most Conventional (scheduled for publication in April 2016), an amateur sleuth is able to solve a mystery because the bad guy (or gal) assumes something that turns out not to be true. (I'm editing the anthology, and trust me, you'll want to read it. Great stories.)

Which brings us back to Felix Unger. He says "never assume." But I say assumptions can be helpful--as long as you make them purposely.

Have you read any mysteries with good, purposeful assumptions or bad, unintended ones? I'd love to hear about them below (but be nice!). And I hope you all have a wonderful 2016.