The Long and the Short of it


"Begin at the beginning," the King said, very gravely, "and go on till you come to the end: then stop."

EQMM uses stories of almost every length. 2,500-8,000 words is the preferred range, but we occasionally use stories of up to 12,000 words and we feature one or two short novels (up to 20,000 words) each year, although these spaces are usually reserved for established writers. Shorter stories are also considered, including minute mysteries of as little as 250 words.

Back in the 1980s I taught legal writing to first year law students at American University. The course involved a series of written assignments, leading up to a legal brief at the end of the semester. Invariably the first question I would get in anticipation of the first written assignment was “how long does it need to be?” My answer was always the same -- as long as it takes to do it right. When the students’ responses were collective eye rolls I would offer this further advice: Think of the assignment as a scroll, not a book. The number of pages is irrelevant. Dickens' A Christmas Carol tells its story in about 90 pages.  Bleak House takes over 640.

But, of course, in life pages and words are not irrelevant. In the real world we invariably encounter limiting rules within which the game must be played. Some of these rules are explicit -- every court, for example, sets the maximum word limits for various genre of legal documents. Other rules are implicit, but that does not mean that they can be ignored. So the trick is to tell the story, beginning to end, but with an understanding of the rules of the field in which you are playing.

At first blush the extent of that “field” can be deceiving. Let’s say you are writing a short story with an eye toward publication in Ellery Queen Mystery Magazine. With that in mind, take a look at the Writers’ Guidelines from EQMM set forth above. 2,500 to 8,000 words, with the possibility of 12,000 words? Quite a range, right? But think again. EQMM publishes what averages out to about ten stories in each issue. (That used to be eleven or 12 -- until a few years back when Dell Publications shrunk the magazine from 140-some pages to around 110.) So, in any given year there are now about 120 slots in EQMM, and a like number of slots in Alfred Hitchcock Mystery Magazine, for which all short story submissions are competing. And don’t forget that if your short story comes in on the longer end of the range you have probably lessened your chances before the story is even reviewed -- publishing a tale in a longer format necessarily means that those “extra pages” have gobbled up the pages that otherwise would be available for other stories.

The advent of e-books and e-publications has tempered this a bit, since they are not bound (pun intended) by the restrictions of paper. But even given this, by and large the hardest story to sell has historically been the novella. Clocking in at 8,000 to 40,000 words the novelette and novella are the stepchildren of fiction -- too long to fight for space as a short story, too short to sell as a separately bound volume. 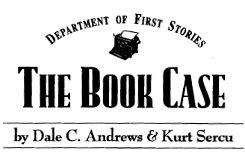 I know of what I speak here. The first story I ever submitted, "The Book Case," was originally 78 pages long, around 23,500 words. When I sent it in to EQMM I acknowledged in my cover letter to Janet Hutchings that I fully understood that the story was almost certainly un-publishable because of its awkward length, but I thought she might like to see it. I likely was miraculously spared the near certain fate of instant rejection solely by the fact that a story featuring Ellery Queen at the age of 102 solving one last case, landed in sympathetic hands. Janet held the story for a number of months, then sent suggested edits -- radical edits -- that eventually chopped the tale down to around 30 pages and something just under 15,000 words. And even that is too long.  Reportedly "The Book Case" is the longest story ever published by EQMM’s Department of First Stories.

Is the answer to all of this to simply write longer -- to aim not for a short story but a full length novel? Well, yes and no. It is certainly true that a novel affords much more space for character development and intricacy of narrative. But even then, there are practical limits that affect the commercial viability of all submissions. Novels run from 70,000 to 90,000 words, generally. (For some mysterious reason Science Fiction novels are “allowed” to run longer!) And while e-publications may be more accommodating to all genres, the standard rule is that most print publishers are wary of submissions that go much beyond these general limits because of the increased printing and distribution costs that are entailed in placing longer works. 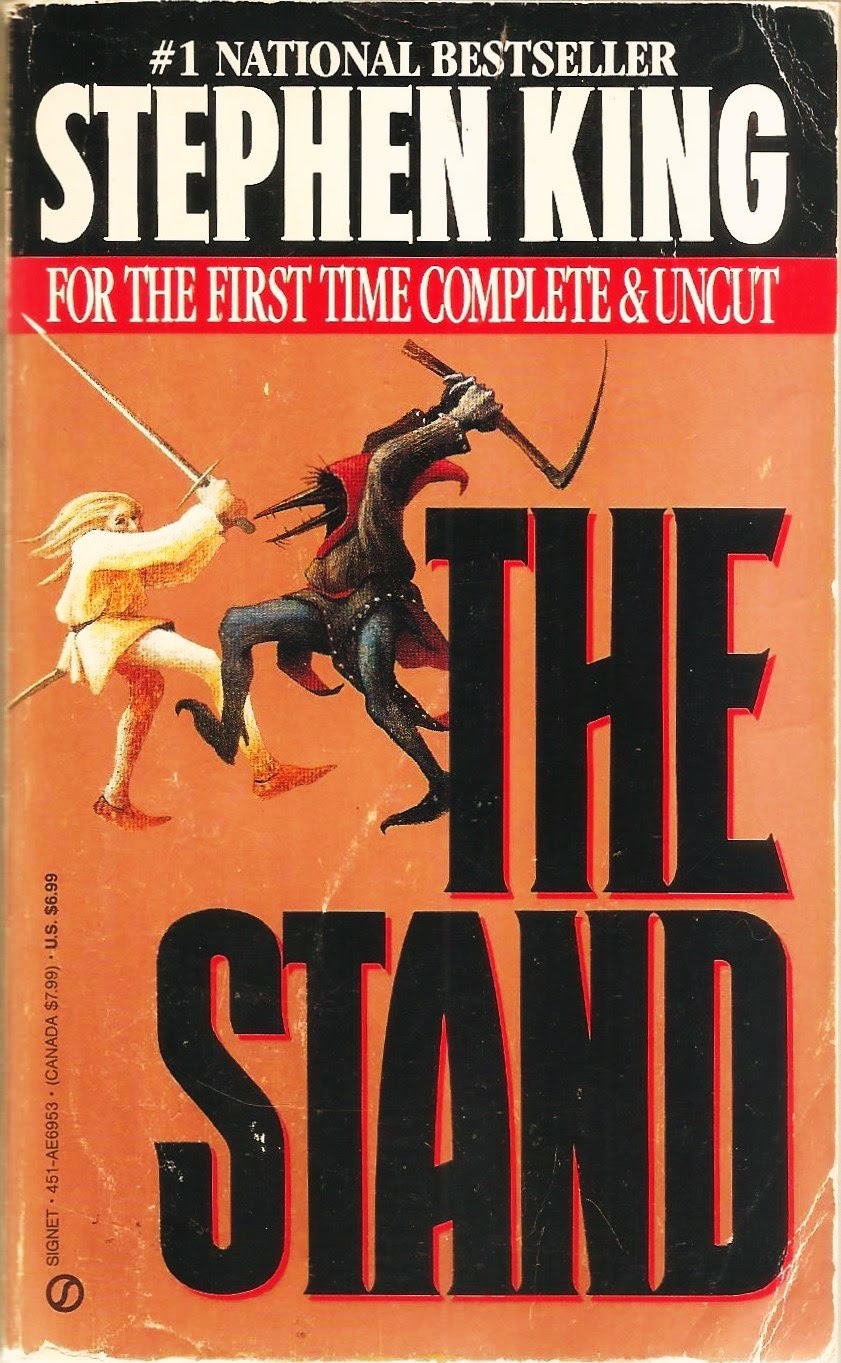 There is a lot of evidence out there to suggest that many authors share the tendency to “write long.” Stephen King’s fourth novel, The Stand, was originally deemed too long to publish and King, under orders from his publisher, cut the book down by over 150,000 words to a still-long 823 pages when the first edition was published in 1978. These cuts, as King explains in the later full length version of the The Stand, were dictated not by art but by economics. The book was too long to sell for what it would cost to print it. As King explained it:

The cuts were made at the behest of the accounting department. They toted up production costs, laid these next to the hardcover sales of my previous four book, and decided that a cover price of $12.95 [remember, this was 1978!] was about what the market would bear.

Obviously the cuts grated on King, who subsequently re-issued the novel in 1990 at 1,153 pages. When the longer edition was published I read it with the original version along side, since I was curious as to what was new. Sometimes there were simply new descriptive paragraphs, but there were also entire aspects of the novel that were not present in the 1978 version -- Fran Goldsmith’s family in Maine, the trip through the Eisenhower Tunnel. Which version was better? Clearly the final one. But apparently not enough so to see it published before King had the literary clout to tell his publisher I don’t care what you think, we’re publishing the whole thing!

Although The Stand is one of the starkest examples of condensing a work for publication, there is other evidence of authors who were only able to lengthen their works when they had acquired the trump card of established success. J. K. Rowling’s first Harry Potter volume, The Philosopher’s Stone, contains 76,944 words -- well within the parameters of typical novels. But by the time she had established her financial clout those rules no longer applied. The final Harry Potter book, The Deathly Hallows, waddles in at a hefty 198,227 words. And a predecessor volume -- The Order of the Phoenix -- weighs in at 257,045 words. Another example? J.R.R. Tolkien’s The Hobbit contains 95,022 words. But when we get to volume 1 of The Lord of the Rings trilogy we are looking at 177,227.

Some writers thumb their literary noses at the idea of standardized lengths even when they have not reached the literary (and financial) stature of King, Rowlings or Tolkien. Ayn Rand’s Atlas Shrugged is 1,088 pages in paperback. Carl Sandburg in the 1940s wrote a multi-generational novel entitled Remembrance Rock (ever heard of or read that one?) that also was 1,088 pages. And science fiction writer Tad Williams rounded out his Sorrow and Thorn series with To Green Angel Tower -- 1083 pages.  The third volume of Justin Cronin's popular The Passage trilogy, The City of Mirrors, due out next year, reportedly will weigh in at around 1,000 pages. And just recently first-time novelist Garth Risk Hallberg published City on Fire -- a 944 page mystery set in New York City in the mid-1970s. (City on Fire was recently named one of the top 50 novels of 2015 by The Washington Post and I, for one, liked it so much that I was sad to reach that final 944th page.)

Most of us, though, lack the luxury of being able to ignore word and page constraints. For us the simplest route to success is to play by the rules. Let's end where we started, with short stories and, particularly, mystery short stories. With a great deal of help from Janet Hutchings I learned my lesson with "The Book Case." Unless you are really lucky, long will not sell. To compete for one of those few short story slots that are still out there, the author has to be ruthless with his or her prose. When I write a story I edit many times, trying to get the tale as spare as possible. And then, when I think that I am finally there, I do one more thing. I print out the story and read through it in its entirety looking at each and every word and asking myself whether that word can be eliminated. Surprising, even after heavy editing, lots of words are still candidates for omission. An amazing amount of tightening can be accomplished by doing this.

The irony of the process is that if you are eventually successful, and manage to place your story with EQMM or AHMM, your ultimate reward will be that your payment will be calculated -- by the word!
Posted by Dale Andrews at 00:01