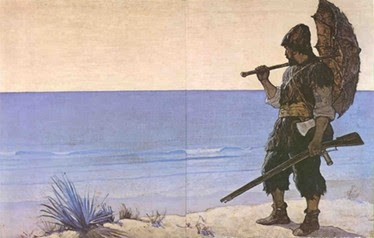 Sounds like a soldier abandoned at his duty station, right? Actually, what it means is that this month I'm lucky enough to have short stories in The Saturday Evening Post and The Strand Magazine. And there are three reasons I'm writing on that subject today: the first is a "Look, Ma--see what I did!" thing (otherwise known as BSP, with emphasis on the BS); the second is laziness (nothing is easier than talking about your own creations, since you're the only one who knows how and why they were written); and the third is that I couldn't think of anything else to write about, this week.

Anyhow, those two stories, both of which are fiction, are different in several ways. For one thing, the first is short, around 2000 words (most of it takes place inside a plane parked on the tarmac of an airport), and the second is long, around 8000 words. Also, one is fairly easygoing and the other is violent. Besides all that, the first tries to make an observation about right vs. wrong, while the second is a twisty suspense story about murder, robbery, kidnapping, and a few other heinous deeds. In their own ways, I suppose both are mysteries in that they involve puzzles that the protagonist has to figure out--but only one of the two stories fits the generally accepted definition of mystery fiction, because only one involves crimes that are central to the plot.

The only thing truly common to both stories is a rather unintentional "secondary" theme: One of the best ways to deal with the stressful seas of Corporate America is to hold your nose, jump over the side, and swim for shore. Being somewhat familiar with that theme in real life, I felt qualified to use it as a plot element in these stories.

A tale of two ditties "Business Class," which appears in the current (Nov./Dec.) print issue of The Saturday Evening Post, is both a Christmas story and a fictional account of ethics and (the lack of) common sense in the modern-day business world. The antagonist, like Mrs. Robinson or Apollo Creed or Smokey chasing the Bandit, isn't really an evil villain--he's just an antagonist. He's there to prevent the protagonist from accomplishing what he needs to do. And the only mystery in the story is the "clue" that the hero discovers that allows him to complete his journey.

This story, published on November 1 (at least that's when I received my contributor's copy in the mail) was also made available online at the SEP's website yesterday, December 4. If anyone's interested, here's a link. FYI, The Saturday Evening Post publishes one piece of fiction in each print issue (six stories a year).

My other story, "Arrowhead Lake," is featured in the current (Oct.-Jan.) issue of The Strand Magazine, and with this one I'm on more comfortable ground: it's a crime story with a lot of action, and it's probably more of a thriller than a mystery because it involves ordinary people thrust into a fight-or-flight, life-or-death situation. In this story, which is actually quite a bit longer than a ditty, a successful businesswoman and her underachieving younger brother face off against a couple of ruthless home-invaders with hidden agendas, who do little to hide the fact that the victims probably won't survive to see the end of the tale. What finally happens comes as something of a surprise to both the bad guys and the good guys--and, if I'm lucky, a surprise to the reader as well. 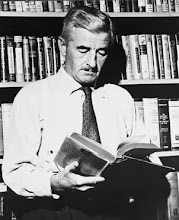 A most pleasant surprise to me was that this issue of The Strand also contains a never-before-published short story by a fellow (and slightly more famous) Mississippian named William Faulkner. In fact, Strand editor Andrew Gulli has managed to unearth and publish quite a few of these long-lost manuscripts lately, by authors like Tennessee Williams, Mark Twain, F. Scott Fitzgerald, John Steinbeck, etc. The first I heard about this one was an interview with Andrew on NPR that aired the other day, in which he talked about the new issue. I picked the magazine up at our local Books-A-Million this past week and just finished reading the Faulkner story--I think you'll like it. And I hope you'll like mine also.

The Strand usually publishes four or five pieces of fiction in each issue, and this one includes interviews with Dean Koontz and A. E. Hotchner.

I was also pleased, during a trip to Kroger the other day, to discover one of my stories in Woman's World. (The contract always names the issue in which they expect the story to appear, but that sometimes doesn't hold true, so I usually find out for sure by hearing about it from one of my e-friends who has a subscription or from spotting it myself on the newsstand when I go to the store for necessities like Oreos or potato chips.) This story, my eighth in WW this year, is called "Strangers on the Block," in the December 7 issue, which went on sale on November 26. For those of you who are unfamiliar with this market, WW publishes one mystery and one romance in each issue. You can probably guess which genre I prefer.

A quick note about Woman's World mini-mysteries. They really are minuscule (700 words max), and since the "solve-it-yourself" format was introduced in 2004 they are always interactive, featuring a puzzle and an upside-down "solution box" that allows the reader to try to supply the answer. In my story this time, the amateur sleuth figures out which of the three suspects is the guilty party, and the reader's challenge is not whodunit but howdidsheknowwhodunit?

Several of my present and former co-conspirators at SleuthSayers--B. K. Stevens, R. T. Lawton, and Deborah Elliott-Upton, among others--have sold to WW, and they'll vouch for the fact that writing those little mysteries is a lot of fun.

As I have mentioned before at this blog, 2015 has been kind to me, writingwise. I'm sure the Law of Averages will soon catch up to me, but meanwhile I'm having a great time. One of the best things to happen to me this year, on the literary front, was having three of my writing buddies--B. K. (Bonnie) Stevens, Barb Goffman, and Art Taylor--join our infamous group here at SleuthSayers, and the other was getting the chance to finally meet Bonnie and Art face-to-face, along with fellow SSers R. T. Lawton, David Dean, and Rob Lopresti. And to see and visit once again with longtime friends Barb, Dale Andrews, and Liz Zelvin.