Having put THE BONE HARVEST up on Amazon, I added the following note.


"You don't necessarily have any specific object in mind when you start a book, but I knew going in that THE BONE HARVEST would be about the nuts and bolts – the gear, the manpower, the physical resources – what it takes to mount an actual spy operation. My model was a now-abandoned listening post on the outskirts of Berlin, in Marienfelde, near the sentry wire where the East German guard posts once stood. There was a time when the world seemed divided into two armed camps, static and unyielding, written in stone, but these days that's become the fossil record."


I could go on, although this is fine, for the here and now. Or more to the point, the there and then. 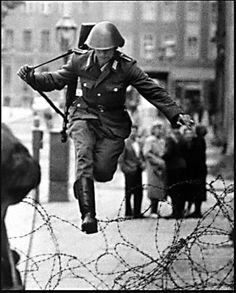 None of this is my invention, or reinvention. The Cold War was real. And there were times when it just missed getting hot.

I'm not nostalgic for the climate of fear. I'm talking about revisiting a physical place in memory, because the place itself is physically lost. Gone, no forwarding.

We might see the footprints, but that's an act of imagination. The archeological evidence is thin on the ground. 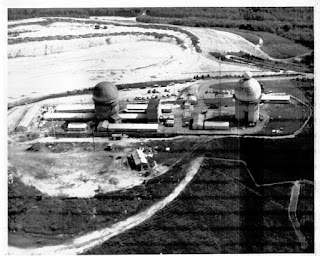 Back in the day, the Army Security Agency and the USAF Security Service each had operational sites in Berlin. Teufelsberg, the ASA facility, began monitoring Soviet and Warsaw Pact communications in 1961, and the Air Force commissioned Marienfelde in 1967. Both listening stations, as it happens, were built on landfill, rubble from the ruins of Berlin. It gave them artificial height, the better to intercept signals.

I remember going out to Marienfelde at the beginning, when the move was just starting, the equipment being transferred from Tempelhof to the site. All the ELINT gear first, the Voice stuff last. It was spooky, tell you the truth, the perimeter fence lit up, and secure access, but the building almost empty. I was assigned to a ghost ship. Over the next couple of weeks, the whole business ramped up, and pretty soon we were 24/7. It's instructive to look back on the logistics, the heavy lifting, how it was purposed. I don't think we got a lot of outside help, I think it was all more or less in-house. Some of it must have been

flat-out improvisation. Then again, we had experienced Operations people on board. They'd set up in remote places, without immediate or close support, and even hostile environments. The best part, you really want to know, is how quickly and effectively we got it going. There must have been wasted motion. I mean, seriously – it's the military. But there wasn't any loss of coverage. The mission never went dark. We didn't even brake for the turn. That's the most amazing thing. That it came out right. Somebody should take a bow. 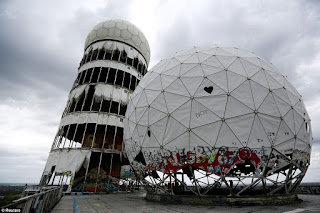 There's nothing left of it. T-berg's a ruin, Marienfelde's overgrown.

Berlin Brigade, along with the other occupation forces, the British, French, and Russian, were decommissioned twenty years ago, and they had a parade. All in marching order. History turns the page. I guess the lesson is not so much things slipping out of our grasp, or whether memory is reliable or not, but what we might like to think we hold in trust. Maybe it didn't actually happen quite that way, and the facts were messier. That's usually the case. We clean things up. We allow as how there's a moral to the story. Or we settle old scores. It's always going to be something. You leave part of it out, or you adjust the seasoning, or you come up with a better punchline, twenty years too late. But this is one of those instances where I didn't have anything to lose. I wanted to make outfitting Camp Hector as accurate as I could, and I had the example of the installation at Marienfelde to keep me honest. Credit where credit is due.

David, You hit the nail on the head when you say "I guess the lesson is not so much things slipping out of our grasp, or whether memory is reliable or not, but what we might like to think we hold in trust. Maybe it didn't actually happen quite that way, and the facts were messier. That's usually the case. We clean things up. We allow as how there's a moral to the story. Or we settle old scores. It's always going to be something. You leave part of it out, or you adjust the seasoning, or you come up with a better punchline, twenty years too late."

Nobody ever sees the same event the same way, a la Rashamon. And it would take a saint not to color the events through their prism of their beliefs.

Really enjoyed your memories here as well as the writing of them, David. I'm just finishing up (finally)my novel of Cold War intrigue in 1984 West Germany. Now, I think I'll give your "Bone Harvest" a read before I call it quits.

Good luck with The Bone Harvest and with Amazon.

David, with a descriptive paragraph so powerful, the book itself must be a killer. Good description and good luck!

Thank you, guys. Speaking of credits, I should make note that the older pictures are file photographs, but the two more recent ones, of the radomes at T-berg, and the overgrown path up the hill to the old Marienfelde site, are from a guy named Bill Price, a USAFSS Berlin vet.

The Cold War was a strange place in our psyche, wasn't it? And in media, in reality - how many of us did "duck and cover" drills? How many remember when all the bad guys on TV were Russian? I don't miss the Cold War, either, but it's a great place to mine for stories. Looking forward to The Bone Harvest!

After 9-11 and since then I have heard people speak about us being in the greatest danger in history and i always want to ask "Have you ever heard of the Cuban Missile Crisis? Do you know why the Hot Line was installed in the White House?"

Marienfelde was active during 1964-65 timeframe.