by R.T. Lawton
The phone call came in the middle of July. A fellow writer had died a couple of days before and his only son was letting me know of his dad's passing. Seems the son had my telephone number on a short story manuscript I'd sent the kid while he was deployed in Afghanistan a few years back. It was the only way he knew to get in touch with me.

His father (Aaron B. Larson 03/14/1955 - 7/14/2015) and I had been critique partners from about 1993 up to somewhere around 2001. It was mostly short stories, plus a novel each. In those days, we communicated by old fashioned snail mail for exchanging manuscripts and typed critiques, and in person with conversations at a monthly writers group meeting if Aaron managed to drive the 200 Interstate miles from his house to the meeting on that particular night. 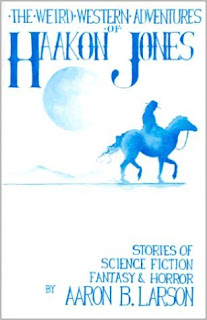 Aaron had started out as a serious writer before me and had been doing well with his short stories published in various magazines. His output was a mixed bag of fantasy, sci-fi and mystery stories, but he was trying to make a living at writing in those genres and in that format. The incoming paychecks were small, not much to support a family. He did have some fame and recognition on the fantasy and sci-fi side, but those by themselves don't buy much in the way of groceries. To help tide things over, he took up various employment, such as night motel clerk and substitute teaching, among other jobs.

In an attempt to broaden his potential writing market, he put together a collection of his short stories and took up novel writing. Both were published by small press. The problem for him was, if you tried to live by the pen, but didn't make the big time circuit, then your career was apt to die by the pen. In the end, it came down to either obtaining success towards the top of the writing pyramid, or get serious about other employment to pay the bills and then only write on a part-time basis.

In later years, he drifted away and I moved south. Eventually, he took his two college degrees and went back to school for his masters in drama. His creative side moved over to the theater. We talked a few times afterwards, but it wasn't the same. His heart for writing had been taken out of him.

After the call came in that night, I dug out the giant plastic bin I'd kept all our correspondence in and went through it. There were photographs, personal letters, critiques, copies of successful publications, triumphs and rejections, notices of potential markets and of closing markets, hopes and dreams. It got me to thinking. 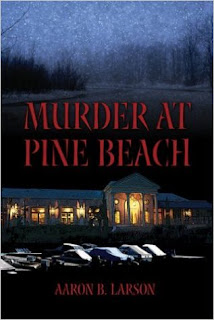 I've always known this writing game of ours is a harsh mistress. If you're going to mess around with this fickle muse, on any level, then you'd better have some talent, lots of luck and a thick skin. It also doesn't hurt to network like hell and have something in your background or writing to make you stand out from the pack.

A lot of years ago, a man named Jack London figured writing short stories would be his way out of poverty and out of working jobs at manual labor, but his first short story to be published sold for only five dollars and that payment was too long in coming. He was ready to abandon a career of writing, when his second short story paid him forty dollars and gave him the encouragement to continue. After that, his novels and other short stories paid him increasingly well. He made it to the top during his time period.

For me, I think I always knew I was better off with a good paying job, so that paychecks coming in from writing weren't crucial to feeding my family. Could be that I picked up on a certain lack of encouragement from a couple of college professors in my earlier years, but then that same put down led me to an I'll-show-you attitude that got me my first three sales. Who knew? Of course in the end, it was my contract with the military to go fill sandbags in a hostile environment that left me with itchy feet and a restless mind which put the final cement into my job decision to go work the streets as a fed.

We've all known writers who struggled and ended up with some measure of success, whether it was a few paying publications or a great career. At the same time, we've known those who struggled and had little or no success. I guess you just do what you can, strive hard and hope for the best.

In the meantime, wherever you are on the measuring stick, I wish you all well.

Go out there and persevere as best you can.
Posted by R.T. Lawton at 00:01