The Spy Who Bagged Me

Anyone who’s watched a James Bond or a tacky Derek Flint film knows the Russians have licentious taste in spies… well, perhaps not Rosa Klebb, more like famed Zoya Voskresenskaya (Zoya Rybkina, Зоя Рыбкина, née Воскресенская). Deported Anna Chapman wasn’t a very good spy, but her incompetence and stunning looks inspired the New York Post to ask “But can we keep her?”

Such a wistful propensity may have prompted other New York-based spies to opt for Hooters as a clandestine meeting spot. Hooters?

Meet Naveed Jamali. His parents owned a specialty store, Books & Research, in Dobbs Ferry, Westchester, New York. In the latter 1980s, a known Russian agent strolled into the bookshop and asked for arcane but legally obtainable reports available from a proprietary government database run by the Defense Technical Information Center. The FBI asked the family to fulfill those requests and notify the FBI as to Russian interests.

This continued for twenty years until young Naveed took over the store. Motivated by a desire to join Naval Intelligence, he leveraged his relationship with the FBI into becoming an amateur– but authentic– spy, complete with an audio recording watch Q himself might have designed.

The FBI targeted the latest of a series of Russian agents, a trade mission attaché and seasoned operative, Oleg Kulikov. Diplomatic immunity meant the FBI couldn’t arrest Kulikov, but they could bring his career to a close. Considering occasional spy swaps, it was a smart move by the Feds.

The plan called for Jamali’s arrest at Pizzeria Uno in the presence of Kulikov, but at the last moment, the Russian opted to return to Hooters, putting the operation at risk. Nonetheless, federal agents swooped in and handcuffed Jamali in a fake apprehension, thus ending Kulikov’s espionage and usefulness as a clandestine operative.

Look for Naveed Jamali's book about his experience, How to Catch a Russian Spy. Fox Entertainment has negotiated film rights for the story.

Spies Through the Pages

Last year saw the release of a wonderful film about Alan Turing, The Imitation Game. For another great read and a chance to meet Turing’s competition in wartime British Intelligence, read Leo Marks’ autobiographical Between Silk and Cyanide. 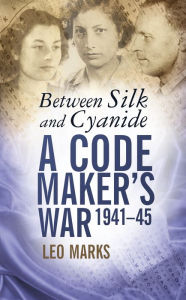