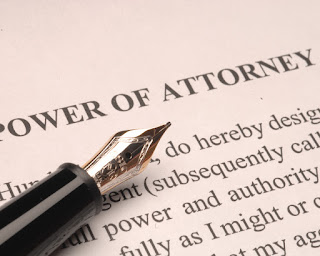 I had planned to write a blog post about a Phoenix crime locale, today.  Something, however, intervened.

On this past Wednesday morning, alerted that one of her tenants had not been spotted outside in several days, and that morning newspapers were beginning to pile up in front of his door, the manager of a Tucson, Arizona apartment complex used her key to access that tenant's apartment.

She found the elderly man lying on the floor near his bed.  When she tried to communicate with the man, she found him unresponsive.  Moving quickly, she called 911.  Emergency medical personnel arrived, and transported their patient to a hospital only a few miles away.

As soon as the ambulance left, the manager called the tenant's daughter, informing her of what had happened.  The daughter and her immediate family lived roughly two hours away in another town, but the manager had worked with her before concerning the tenant.

When the daughter got the phone call, during her Wednesday morning work, she immediately contacted the hospital and, after talking her way past three members of the administrative staff, finally managed to reach the doctor taking care of her elderly father.

The daughter had asked the admin workers if her father was still alive.  They did not know.

She hoped the doctor would tell her, as she held her father's medical power of attorney.

This daughter, however, was NOT quietly praying that her father's life might be saved.

Instead, knowing that her father had signed a DNR (Do Not Resuscitate) order more than ten years before, she was actually calling to ensure the hospital kept her father's wishes at the forefront of any medical decision-making. Her father had made it clear that he was tired of the constant pain he suffered from lung, heart and cancer problems.  As he put it to his family members: "I've made peace with my Maker, and peace with my fellow man.  I'm just waiting for the good Lord to call me home so I don't have to suffer anymore.  Whenever he calls, I'll go."

Her father had discussed this with his doctor, who expressed his understanding, if not his approval, but this same doctor also acknowledged that his patient was not simply suffering from some form of depression; The man had grown tired of a life of debility and pain.

Now, this man's daughter was keenly worried that the hospital staff might -- as their nature tends to lead -- pull out all the stops to keep her father alive, unaware that, in his opinion, they would instead be preventing him from passing away in a peaceful manner.

After a few moments on the phone, the doctor inquired, "Are you the medical power of attorney?"

She swallowed back a tear, cleared her throat and stated: "That's correct.  He has a DNR, and his doctor is aware of it.  My father doesn't want you to use any special life-saving measures.  I want you to act according to his wishes."

"Then," came the reply, "we will not use any special life-saving measures.  Rest assured: we will keep him as comfortable as we can, and interfere as little as is legally permissible.  Please get here as soon as possible, so we may confer with you in person."

"Thank you," she breathed.

As soon as she hung up with the doctor, the daughter called her husband.

And, in an instant, my plans for the day changed drastically.  That call came from my wife, explaining that she was on her way home and we needed to get to that Tucson hospital as fast as possible.

My youngest son, and daughter were able to join us.  So we all jumped in our car and I drove hell-for-leather to give us a chance to be by the dying man's side.

It was also enough time to call my father-in-law's extended family, alerting them to his condition, so his sons could make flight arrangements from points east.   a

And, thankfully, time to get him admitted and transported to an in-patient Hospice care facility, where his wishes could be more closely adhered to.

The last time I saw my wife, last night, it was just after 7:00 pm and she was preparing to ride beside her father in the back of the vehicle that would take them to the Hospice location.  I then drove my kids the hour or two back home, and set my alarm for 5:00 am in order to wake for work, planning to head back to Tucson when I got off at 11:30 am.

At 4:00 am, it seemed that my phone alarm went off.  And, I was surprised to discover that my phone alarm was evidently causing my cell phone to display my wife's picture for some reason.  Finally, my sleep-addled brain cleared enough for me to swipe the TALK button and hear my wife say, "Dad's gone.  He went just a few minutes ago."

I took a shower to wake up, then called-off work and drove down to join my wife.

My father-in-law had previously decided to donate his body to science, specifically: The Willed Body Program at the University of Arizona College of Medicine, Department of Cellular and Molecular Medicine.  The college has to act fast, after the death of a donor, to ensure the body is gathered while still in proper condition for the program, so the body of James Click, my wife's dad, had been removed long before I managed to reach her.  The college had permitted Hospice to wash and dress the body before they arrived.

Unfortunately, this means that three of my wife's brothers arrived to see their father too late.  Two flew into Phoenix at 9:30 in the morning, while the third will arrive tomorrow.  We drove home to greet the two arriving that morning, letting them know the steps we'd need to take if they wanted to view the body.

My wife is now home and resting.  She slept fewer than three hours last night, and ate next to nothing all that day.  Her brothers have gone down to begin assessing and clearing out my father-in-law's apartment, and we'll join them tomorrow.

For now, however, my wife rests.  Like me, she is tired and sad, but happy.

Our happiness stems from this:

Her father -- through his early, constant and crystal clear instructions, leading all of the family to realize his wishes, as well as his written instructions and legal preparations -- made it possible for my wife to act as his physical representative "as" The Medical Power of Attorney and ensure that, at a time when he could communicate only in single syllables, hand signs and grunts, he still got to call all the shots concerning how he went "into that good night."