Day in history, 1 October 2013: A half-cocked Texas Tea Party senator shut down the federal government for seventeen days. The resulting outcry in Washington, panic on Wall Street, and consternation in world markets eclipsed another important news story. Outside of crime and tech circles, the public barely took notice of the seizure of Silk Road, the largest, most far-reaching criminal enterprise in the world, and the arrest of its young founder, Ross Ulbricht, aka, Dread Pirate Roberts.

A few days ago, a judge sentenced Ulbricht to two life terms.

Joshuah Bearman and Tomer Hanuka of Wired Magazine have created a fascinating and comprehensive article. I recommend checking their story, part 1 and part 2. Their article reads like a crime novella… and a Greek tragedy.

The hallmark of a Greek tragedy is hubris, encapsulated in mythology because of human (and human-like) failing. The putative Greek hero ascends, attaining glory and fame, only to be brought low by his (or her) own weaknesses and arrogance.

Such happened to Ross Ulbricht, an entrepreneur, ardent libertarian, former Eagle Scout and non-violent idealist… until the day he wasn’t. He began what he called a libertarian experiment, an on-line drug bazaar, a better eBay than eBay. He named the enterprise Silk Road after the ancient Asian trade routes. 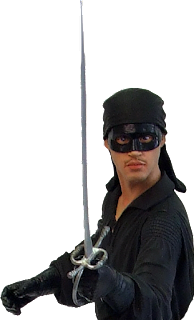 Ulbricht promoted trust, partly through anonymity, and partly through BitCoin exchange, but also through efforts to see customers were treated right. He devised an on-line escrow (which eBay should have done years ago), provided reviews and customer support. Ulbricht is noted for writing in his journal “This is more than a business to me. It’s a revolution and is becoming my life’s work.”

Security and anonymity were provided by software originally created by the US Navy. TOR, an acronym for The Onion Router, offered encryption for web sites behind the curtain that hides both legal and illegal activities, as seen in this video Inside the Dark Web or the recent movie, The Deep Web.

Ulbricht used a clever pseudonym as suggested by his mentor, Variety Jones. That alias was Dread Pirate Roberts, from the novel and subsequent film, The Princess Bride. In the story, Dread Pirate Roberts isn’t merely one person but, like Lee Falk’s The Phantom, a series of leaders who hand off the reins and the DPR name to a chosen successor when they become rich enough to retire. In conjunction with Silk Road, the sobriquet obscured who DPR was. Indeed many people believed Roberts was multiple people.

The FBI geeks who went after the leader of Silk Road faced an intriguing challenge from a guy who made few mistakes… but a couple of errors was all it took. The digital police didn’t use a battering ram to get their man, they used finesse– or, as one described it, a form of ballet.

There’s little question Ulbricht ran Silk Road nor doubt he deserved a prison sentence for his misdeeds. But two life terms? The judge succumbed to pleas from the prosecutor to “send a message.”

Not all of us are fans of judicial messaging and over-sentencing, but a few other issues need to be considered. One is conspiracy and intent to commit the murder of at least one person and possibly five others who had stolen from the enterprise. That certainly shatters the image of the gentle idealist who wanted freedom for everyone.

However, the murder charge is murky. A Silk Road employee named Curtis Green had supposedly stolen $350,000. Ulbricht lamented how to handle it, writing that he didn’t want to use violence if Green would simply return the money. But Variety Jones, his mentor, urged Ulbricht to kill Green and referred to Green as the ‘organ donor’.

But the plot sickens. It turns out the money was actually stolen by Secret Service agent Shaun Bridges and facilitated by DEA agent Carl Force, who are being charged with the theft as well as other crimes, including laundering another half million dollars in BitCoins.

In other words, two federal agents stole funds using Green’s account, implicating him in the eyes of Ulbricht and moving him to homicide. One wonders if this constitutes entrapment, tipping Ulbricht over the edge of using violence to protect his interests. The only good part was that Green was in custody and not in imminent danger.

Ulbricht’s attorney is appealing the verdict.