Converting a Reluctant Reader: My Mother

“I never read fiction,” my mother used to say, as a point of pride. When I was a kid, she would glance at my library books and say, “Why are you reading that? You already read it!”
After I won second place in Writers of the Future, my first big milestone, I signed one of my complimentary copies to my parents, thanking them for their (ahem) support. “Do you want it back?” said my mother, a few weeks later. “We already read it!”
“No, thanks,” I said annoyed. My then-boyfriend, now-husband, Matt, always encouraged me to write. My parents didn’t care. You know how writers joke, “I only sold two copies, and one of them was to my mom”? I’m like, You’re lucky your mom reads. Good on ya.
My mother did occasionally come to my book readings and/or buy a copy. She lives in Ottawa (about 1.5 hours’ drive away from me), or she’d come more often. I suspected that she shoved the books in a corner, or gave them away, but was grateful for her presence. As you may know, it’s a challenge to get people out.

But a few years ago, after while taking the bus, she got so bored that she started reading one of my anthologies, Indian Country Noir. “It was good!” she said, sounding astonished.
I think she also read The Dragon and the Stars, which won the Aurora Award in 2011, but I didn’t hear anything for four years. 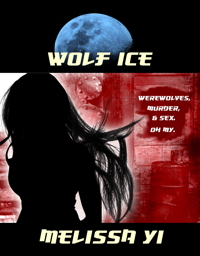 Not until Tuesday, when she attended the ChiZine Reading Series and marched right up to the book table. “I have to support my daughter,” she said, and bought WOLF ICE and NOTORIOUS D.O.C. 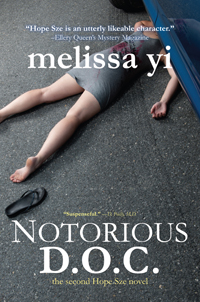 Would I have given the books to my mother? Of course. But I also think she really wants to support me. As in sustain me, help lift me up. And since I’ve come to realize that success depends not just on financial vagaries, but psychological toughness, I accepted. I’m not to proud to accept charity from my mom (or Patreon from my fans).

Then on Friday, I spotted WOLF ICE not only splayed open on her bed, but halfway finished.
“It’s so good. I can’t put it down,” she told me and Matt. “It’s actually bad, because I wanted to do the gardening on Thursday, and I never got out, and on Friday, it rained, so I didn’t get anything done. How much is TERMINALLY ILL? The next time I come, I’ll buy that one.”
Wow. A compliment from my mom. I’ll take that over gardening any day.


How about you? How does your family react to your writing and your passions? Did they encourage you, or tell you to knuckle down and study the times table instead? How has that changed over time? And how do you support your children, if you have any?
I have to admit that when my son announced he wanted to be a police officer, I gulped.
Posted by Melissa Yi at 00:00

Melissa, my mom has never read any of my stories or novels to my knowledge. This has not stopped her, however, from both encouraging me and bragging about me as if I were Stephen King. My youngest daughter is trying to break into the published world, and we help one another by reading each other's works (I never send any of mine out without it having passed muster with her)and offering suggestions.

This was a nice piece, and I'm glad that your mom is now enjoying your work.

Melissa, my wife is my First Reader and goes to writers conferences and other writer functions with me where she networks with editors and other writers quite well. And our 12 year old grandson we do daycare for thinks it's neat that his Middle School library carries Alfred Hitchcock Mystery Magazine so he can show some of his grandpa's stories to his schoolmates and especially to "his friend who is a girl." Gives him bragging rights. The rest of the relatives belong to the "Oh that's nice" group. Haven't decided yet who to leave my literary rights to. Not that they'll get rich on them.

My mother refused to read my most recently published short story because I told her in advance that it contained the "F" word ... LOL

Well, now that I actually have a story published in The Whole She-Bang 2, I gave copies to family members this past Christmas. But too late for my mom, at 93, whose dementia keeps her from remembering what she read just a few minutes ago. Or even to understand it's mine.

Still, I gave it to her because she was a voracious reader all her life, and was so supportive of my writing for much of my own life. I've written in it, and keep reminding her it's mine, so she can be proud. I just wish it could have come earlier in her mental life journey.

On the other end of the spectrum, my 10-year-old grandson was all agog to read my story. :^)

When I first told my parents I was writing, my mother asked me if I really thought I could do better than George Eliot. Implication, if I couldn't, why bother. Whether or not George Eliot was my target. Later, when I finally sold my first story to AHMM, my father said, "I assumed you'd stopped doing that stuff!" But he added, "Well, that'll teach me. You know what they say, when you assume you make an ass of you and of me." Both of them were proud of the fact that I'd actually gotten published (especially in something they'd heard of). But I supplied the magazines. BTW, my husband's an artist, and he gave them a painting and a print - both of which they put in the garage. Sigh. And yet they were proud of us.

Melissa, you're very fortunate! My folks are thrilled that I've had a few stories in anthologies (they get the books as Christmas and Anniversary gifts!) There are cases of writers whose Moms never read their books, so we can call ourselves lucky! Oh, and Stephen King wrote "The Eyes of the Dragon" for his daughter who thought his other writings were too scary and had never read them! (My apologies if I got the King title wrong! :) )

My wife is proud of my work, but wants me to earn more money. LOL She will read a story I'm working on, if I ask her to, but seems unsure how to provide feedback. Which didn't keep her from copying the cover of the first EQMM issue I was in, blowing it up to 11x17 and framing it (Along with a copy of the check for the sale, of course! LOL)

My parents were both supportive, in their way. My mom, however, who wrote for Guideposts, Reader's Digest and the "Chicken Soup for ..." books, constantly tried to get me to write for such "wholesome" publications. The one story I sold to Guideposts, about a friend of mine who died during SF training, was completely rewritten because the publisher said it would "give the little old ladies with blue hair, who read our magazine, heart attacks" if they didn't dial it down.

All along the way, I also found my mom trying to get me to "admit" that I was not writing fiction -- though all but the Guideposts story WERE fiction. She seemed to feel that the little nuggets of personal experience I buried in my fiction made it all true somehow. I never quite got that one. However, both my parents had the sad tendency to "re-write history" as my wife puts it, so maybe that had something to do with it.

@R.T., if you've got your wife and grandson motivating you, I think you won the lottery! I'd say the rest of the relatives will have to stand in line for the literary rights.

@Elizabeth, my just mom read a lot of my f-bombs. Not sure which one is better--the mom who censors or the mom who reads it! ;)

@Susan, congrats on The Whole She-Bang. thanks for reminding me that it would be a lot more poignant if my mom had dementia...but it would be a special joy if grandchildren enjoyed my writing.

@Eve, we're twins again! My parents were also dismissive, and when my husband's surf band got on a compilation CD, he was astonished that they said "Thanks" and kept it in the wrapping. They said they were saving it.
I guess they can be proud anyway. But I think you understand how it feels like an absence.

@Jeff, as an optimist, I definitely think my mom reading my books late is better than never. And I like The Eyes of the Dragon myself!

@Dixon, I like your wife already. Did she blow up the check as big as the cover? ;)

I've written for Chicken Soup, but I'd be proud to hear I'd scared a few people too, especially as a crime writer. Good job!

I'm not as much of a fan of rewriting history, so that means I'll be reading your stories instead of your mom's.