I went to a mystery writers’ convention this past weekend. A nice event, well run, full of mystery fans and valiant souls willing to present their heart’s blood – i.e. manuscripts and query letters – to the scrutiny of big city agents and editors. Everyone was pleasant, but, sad to say, the event marked a passage in my life. Sitting listening to people busy with Instagram, Smashwords, Kindle, and Pinterest, all in the interests of building their brand, I felt myself slipping from being a woman of a certain age to a certified old fart. 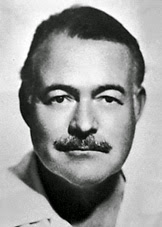 There is no doubt over the years I’ve been a writer that the publishing business has changed for better and for worse simultaneously. Feeling grumpy, I wondered when some of these so very with-it literary entrepreneurs actually have time to write – or as much to the point, think of something new.

But then I considered that branding and self-promotion have always been part of the literary game, at least for some writers. Certain of our predecessors would have been naturals for Twitter. Think of Papa Hemingway at the Seville bull ring with iPhone in hand. He was made for the tech.

And consider the Fitzgerald’s, the gayest of the gay celebs of the roaring twenties. Selfies, anyone? If F. Scott would maybe have reservations (he wanted to keep everything for his readers, including Zelda’s diaries), I think she would have enjoyed snapping those bathtubs full of gin and folks kicking up their heels doing the Charleston.

Across the water, we have Colette and wouldn’t she have enjoyed posting her cats’ pix on Pinterest? Not to mention a shot or two of the lover of the moment. George Sand, one of the great galley slaves of nineteenth century prose, would surely have had enough energy for blogging, as would that master of the serial novel, Charles Dickens, who reveled in responses from his many fans.

Earlier times had their own blatant forms of self-promotion. Whitman wrote positive reviews of Leaves of Grass when sufficient praise wasn’t forthcoming, and the eighteenth century Scot, James Boswell, was also known to ghost a glowing review when his prose required one.

Boswell, indeed, should probably be enshrined for his extraordinary literary selfies: the wonderful early London Journal and his monumental biography of Dr. Samuel Johnston. But though tolerant of his assiduous biographer, the creator of the English dictionary would not, I think, have indulged in blogging or tweeting, declaring famously that “none but a blockhead ever wrote except for money.”
Shakespeare, the greatest poet of all, might have had a different tack. Although raised to literary divinity in the centuries since he strode the boards and scribbled up the greatest plays in our language, Shakespeare was very much the entrepreneur and hard-headed businessman. If a blog would bring more patrons to the Globe, I suspect he would have churned out the copy and posted it everywhere.

But do these brand-conscious eminences reconcile me to the new world of catering to reader curiosity and sharing my inner thoughts with my Facebook “friends”? Not really. I must confess I prefer to think of those whose “brand,” if we have to use the term, grew naturally. I find it hard to imagine what the withdrawn and eccentric Emily Bronte would have tweeted. Walked on the moor with Keeper? (her mastiff)? Storm brewing over the hills? Great idea for an irresistible anti-hero? Not very likely. 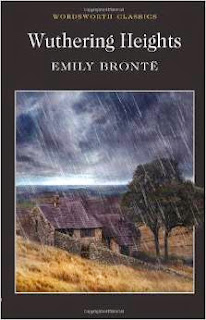 Jane Austen, though a sociable person, devoted to family and friends, would be even less likely to share her thoughts with the world or to update strangers with accounts of local whist parties, carriage rides, and balls. Ladies simply did not wish to be known in such a way, although the Divine Jane was as fond of literary advances and royalty payments as any other writer.

And what about our own American recluse, Emily Dickinson? Though her short poems are certainly tweet length, and she claimed that they were “her letter to the world,” I don’t think we could expect any great revelations from the Belle of Amherst, who also wrote that “my wars are laid away in books.” Passion, regrets, losses, sorrows, angers she had in plenty, and tweet-able phrases, too, but she did not spend her emotions so easily or carelessly. Rather she distilled them into the poems that still perplex and fascinate today.

So although money is good and a recognizable brand can be profitable, I’m not convinced that the assiduous tending of an image is a wholly good thing. It is all too easy to be type-cast in this world, and I suspect that it is also easy to diffuse one’s ideas and energy into catering to fans and indulging in a writerly form of busyness instead of focusing on the hard work of writing.
Posted by Janice Law at 00:00