Having Fun Being Bad

I have, like so many people, been watching House of Cards via Netflix DVDs.  The first season was hypnotic.  The second season not so much.  I may not watch the third season.  Why? It's real simple: Nobody seems to be having any fun. Not the President, not his wife, not the staff, not the Secret Service guys, and especially not Francis and Clare Underwood.  I mean, what's the point of pursuing power by any means, if you're not going to have a good time screwing everyone over?  Even the sex romps are grim. More on that later.

Think about prime-time TV these days.  Who's enjoying the game on Game of Thrones?  Did Walter White ever kick back and watch trash TV on Breaking Bad?  I experienced the world of Mad Men, and the people I remember had a lot more fun drinking and screwing than Draper and pals ever did. Do The Americans ever just go fishing? Wayward Pines is so dark you can't see the road, much less the actors.  Every plot is convoluted, everybody is up to their necks in conspiracies, everyone is always plotting their next move, and everyone is soooo serious...

But that isn't the way the real world works.  People go fishing.  They relax.  They get hooked on Candy Crush or Triple Town.  They binge-watch anything they can.  Joseph Stalin liked cowboy movies, Charlie Chaplin, Georgian wine, and billiards.  The man knew how to relax.  So did others: Mao Zedong was a master calligrapher and a fairly decent poet. He also really enjoyed women. Hitler loved listening to Putzi Hanfstaengl play piano, and apparently had a fondness for dogs.  Osama bin Laden wrote love letters in between calls for jihad. Napoleon loved Josephine and cheating at cards. In other words, in the real world, even totalitarian monsters take a break once in a while and have a good time.

Meanwhile, Francis Underwood even gave up ribs.  (And considering how solemn everyone was before and after, that three-way didn't do much to loosen anyone up.)

I miss the villains of yesteryear.  Count Fosco, hugely fat, delighting in pastry, the endless cigarettes his wife hand rolls for him, great glasses of sugar water, and playing with his tiny little mice while he works [successfully] to have Lady Glyde declared dead after he imprisons her in a madhouse.  And all despite his deep admiration, love, passion, for her sister, Marian Halcombe. Now there's a villain who is not only ruthless - read The Woman in White and see - but knows how to have fun while doing it.  Or there's Harold Skimpole, the middle-aged "child" who cannot understand why people are so cruel and harsh as to not supply him with his daily needs, gratis, so that he can live like the charming butterfly he is, while betraying everyone in Bleak House in the worst possible way.  (He is the reason that the child street-sweeper Jo dies.)  You want to kill him, but he's certainly having a great time.  Of course, Dickens really knew how to write hand-rubbing, chuckling, glint-in-the-eye villains:  Ebenezer Scrooge, the Marquis St. Evremonde, Fagin, and that ultimate hypocrite, Josiah Bounderby. 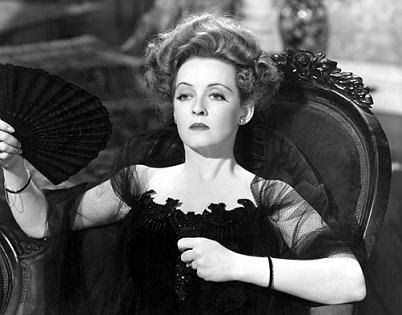 Now granted, there was a lot of over-acting in these - Henry Fonda and Charlton Heston were obviously having the time of their lives as they FINALLY got to play the villain!  But I think there's a lot of over-underacting today.  It's the latest style:  very self-controlled, laser-serious, apparently clinically depressed villains who don't take pleasure in anything, even power once they get it (if they ever do). But if you go back a few decades, and you find villains who smirked, sneered, sauntered, and basically acted like Bette Davis in The Little Foxes.

Or you can always go back to the original:  Ian Richardson as Francis Urquhart in the original, UK House of Cards, who was ruthless, deadly, witty, with a smile like a silver-haired Puck.  "You might very well think that; I couldn't possibly comment."  Watching Richardson's Francis, I always felt that, while he'd definitely sold his soul to the devil, he got full price for it. (And it was a hell of a lot more than one shared cigarette a night...)  And he enjoyed everything he got.

Email ThisBlogThis!Share to TwitterShare to FacebookShare to Pinterest
Labels: Bleak House, Breaking Bad, Game of Thrones, House of Cards, Mad Men, Once Upon A Time in the West, Supervillains, The Americans, The Woman in White, villains, Wayward Pines, We're No Angels

Fun piece, Eve. And maybe someone should give those unhappy, depressed villains some Prozac or Zoloft so they can get happy and get crazy. :)

Who couldn't love Ian Richardson!
And Nathaniel Parker was so much better as Skimpole than as Elizabeth George's gloomy inspector. I never realized what a good actor he was until he got into villainy.

I know. I figure, if you're going to sell your soul, you'd better make sure you enjoy it - it might even up the price...

What a fresh post! Loved it. Yes, if we're going to take risks, they should be for something well worth it. Agreed with all your comments on current American TV shows. Unrelenting grim. For some reason, people the more grim a story, the more merit is ascribed it. I see a similar disturbing trend in crime fiction.

gah. ignore that stray 'people' in the post above.

Ian Richardson in the original House of Cards was a delight to watch, especially when he addressed the audience. Unfortunately, my copies of that series are on VHS tapes and I haven't upgraded yet.

Even the sex romps are grim. More on that later.
Eve, it's later! Did I miss it?

Herschel, just a one sentence referral - "And considering how solemn everyone was before and after, that three-way didn't do much to loosen anyone up" - maybe I need to do a post on grim sex on TV! God knows there's a lot of it.