by Dale Andrews
For the first half of his college career our younger son Colin majored in Theatre. My wife and I had some misgivings over this, but we are pretty well trained, so we kept quiet. Then one Friday Colin called us to say that he had decided to change his major to pre-law. He explained that he had gotten rather used to eating well, and to having some assurance as to how his life would progress, all of which (he feared) would be lacking if he pursued an acting career. What Colin had realized was that his first-chosen career would have been one rife with the likelihood of repeated rejections.

Writers know that feeling. While all of us here at SleuthSayers love to write, and while each of us is published, very few of us have managed to carve out a profession from it. Certainly the days of O. Henry, when short stories alone could bring in enough to live on, are behind us. The market dwindles, the competition increases, and even a story lucky enough to get published only garners a few hundred dollars. Although writers of novels can still strike it rich, like actors a lot of them simply strike out. And continuing to swim against the current of repeated rejections can prove pretty tough.

How true is all of this?  Let’s take a selective look at the record. William Golding’s Lord of the Flies was rejected 20 times before it was published. Margaret Mitchell’s Gone With the Wind collected 38 rejection letters. Anne Frank’s Diary of a Young Girl was rejected 15 times. Stephen King’s first novel, Carrie -- 30. Frank Herbert’s Dune -- 23. J.K. Rowling’s first work Harry Potter and the Philosopher’s Stone -- 12 (initial printing was 500 copies).  And Robert M. Pirsig’s Zen and the Art of Motorcycle Maintenance, collected an incredible 121 pre-publication rejections. When John le Carre submitted The Spy who Came in from the Cold he was advised that “it hasn't got any future.” Sanctuary by William Faulkner was deemed “unpublishable.” In response to his submission of Jungle Book Rudyard Kipling was advised to give up any writing ambitions since he clearly did not have the requisite command of the English language. And Agatha Christie, cherished in these environs and one of the best selling authors of all times, suffered four years of repeated rejections before her first mystery, The Mysterious Affair at Styles, found a willing publisher.

All of the foregoing examples are, of course, “success stories.” Perseverance won out.  And the process, however grueling and depressing, in each case ended well with the publication of a well-received work; an “ahh-ha” to those earlier rejections.

But appreciate what the process is like not at the end, but in the middle, when the matter is still in doubt.  Before each new submission the author invariably asks himself or herself, is my work really bad? Is it the publishing house that has missed the point, or is it me? And it is hard to answer those questions objectively, evaluating what one has subjectively created. Certainly editors and publishers are the keepers of the gate, the arbiters charged with the objective task of sorting wheat from chaff. But chaff still gets through, and sometimes wheat does not.  Marcel Proust’s Remembrance of Things Past, John Grisham’s A Time to Kill and Beatrix Potter’s The Tales of Peter Rabbit, to name but three, first reached the reading public only as a result of the authors’ exasperated decisions to self-publish. 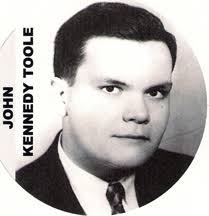 So, how long should a writer persist in his or her advocacy in the face of the negative views of others? There can be no universal answer to that question since there is no prototypical rejected manuscript. But while the above examples are heartening, sometimes even ultimate success can be marred tragically by the disheartening submission process. There is probably no better example of this than the publication history of A Confederacy of Dunces by John Kennedy Toole.

Toole, by all accounts, was a brilliant professor of English at Hunter College in New York and at various Louisiana colleges. He completed A Confederacy of Dunces in 1963 after his discharge from the army. Dunces tells a picaresque tale of the travails of its hero Ignatius J. Reilly, an obese, self-styled intellectual who pursues employment while disdaining actual labor, lives with his mother, and constantly bemoans a horrific bus trip he once was forced to make to Baton Rouge. Toole submitted the manuscript to various publishing house, gaining some middling interest but absolutely no success. As an example, Simon and Schuster's rejection was premised on the articulated conclusion that Dunces was “essentially pointless.” Eventually, in the face of rejection, Toole gave up and basically withdrew from life, embracing a paranoiac view that the world was aligned against him. He lost his teaching positions and eventually, on March 26, 1969, at the age of thirty-one in Biloxi, Mississippi he inserted a hose through the window of his car, turned the vehicle on, settled comfortably into the front seat and waited peacefully until carbon monoxide took its course.

Toole had left the manuscript of Dunces on the top or the armoire in his bedroom in his mother’s house. Some years after his death his mother re-read the manuscript and decided that she would begin, again, the attempt to market it. Like Toole, she suffered through numerous rejections. Finally, with little left to lose, she undertook a crusade to persuade author Walker Percy, then a visiting professor at Tulane University, to review the manuscript. Her persistence led Percy initially to complain to family and friends about the apparently deranged woman who was stalking him peddling a manuscript. Eventually, in an act of desperation, Percy agreed to take a look. This is what he said in what eventually became his introduction to A Confederacy of Dunces:

[T]he lady was persistent, and it somehow came to pass that she stood in my office handing me the hefty manuscript. There was no getting out of it; only one hope remained—that I could read a few pages and that they would be bad enough for me, in good conscience, to read no farther. Usually I can do just that. Indeed the first paragraph often suffices. My only fear was that this one might not be bad enough, or might be just good enough, so that I would have to keep reading.

In this case I read on. And on. First with the sinking feeling that it was not bad enough to quit, then with a prickle of interest, then a growing excitement, and finally an incredulity: surely it was not possible that it was so good.

With the backing of Walker Percy A Confederacy of Dunces was finally published by LSU Press in 1980. In 1981 it won the Pulitzer Prize for Fiction.

So this ending is a happy one only in the most limited way. A Confederacy of Dunces found its publisher, its audience, and its accolades.  But the rejection process that preceded all of this contributed to the untimely death of John Kennedy Toole. And as grim as this may be, well, at least Dunces eventually reached the reading public. Not so for many works that, good or bad, never find their own Walker Percy.

The Biographical Dictionary of Literary Failure, edited by C.D. Rose, is a compilation of 52 would-be writers whose work never saw the light of day nor the white of page. None of the authors ever got beyond rejection, but some “lost” works had even stranger back stories. Stanhope Barnes travels to London to discuss his novel Here Are the Young Men only to leave the only copy, never seen again, on an adjacent seat of the train. Veronica Vass, a cryptologist in England during World War II, wrote five novels in a devilish code, which she died without revealing, and which was never cracked. And perhaps saddest -- since it is a lesson on the folly, at times, of trying to overcome repeated rejections by relying too much upon the advice of others, is the case of Wendy Wedding, a budding minimalist who worked diligently editing what those who reviewed it described as a “huge” first draft of her novel The Empty Chair. Like many of us she was counseled to cut words. What happened? Here’s what C.D. Rose reports:

She removed every adjective from her book. Once that task was completed, she turned back to the beginning and started again. Relative clauses went next, then the passive voice. Metaphor, simile, symbol. All felt the knife. None were spared.

In an ending befitting of O.Henry, Wendy Wedding was ultimately left with one blank page.

Lessons to be learned?  The Washington Post’s Michael Dirda, in his review of The Biographical Dictionary of Literary Failure (Washington Post, November 5, 2014), points us to Chekhov for guidance.  Chekhov concluded that in judging the merits of literary works "[o]ne must be a god to be able to tell successes from failures without making a mistake."