Merry Christmas, a Brief "Best of" List and a Happy New Year!

Merry Christmas from the wilds of Central Washington (my folks' house- thanks for the bandwidth, Mom and Dad!).

This is the time of year that lends itself to memories. Good, bad, funny, poignant. Everyone has memories of the holiday season.

Here, in no particular order, are a few of mine:

My Uncle Bob, terminally ill with cancer, and about as politically conservative as they come, getting a "Vote Obama" sweatshirt as a white elephant gift and playing it up for laughs. I have the pictures of him wearing it.

A good memory of a man I miss terribly.

My son is 2 1/2 this December, and is in the "Train Love" stage of toddler development (Thank you, Thomas the Train Engine!). All afternoon I've been watching him play with a wood block train my brother got him this year. He's a little iffy on the whole "Santa" thing, but he loves the lights and he likes the tree, and has yet to turn down any chocolate or cookies that have come his way.

Christmas 1986, spent with a wonderful Australian family in Perth who called up "Dial-a-Sailor" and opened their home to four of us from my ship (I was in the Navy). Wonderful people, wonderful meal, wonderful day.

And Now For a Brief (and completely RANDOM) "Best of" List

(Hey, everyone ELSE is doing it!)

This is the best thing Connelly has done since The Lincoln Lawyer and the best Bosch book since The Closers. THIS BOOK IS NOT TO BE MISSED! 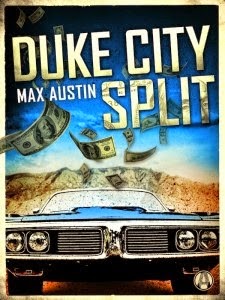 "Max Austin" is a pseudonym of the (usually) hilarious Steve Brewer. If you're not familiar with his work, Duke City Split is a wonderful intro to his considerable canon. But fair warning, this new series bears a closer resemblance to the best work of Don Winslow and Bob Crais than to the comedic stuff for which Steve/Max is usually known.

ALSO NOT TO BE MISSED! 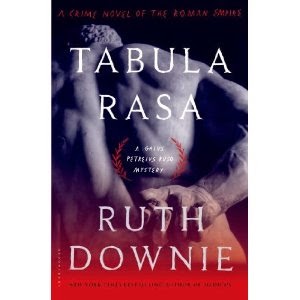 I yield to no one in my admiration for Ruth Downie, whose Roman Britain-set novels feature a medicus (army doctor) named Gaius Petreius Ruso and his Briton wife Tilla. In this, the sixth in this fine series, Ruso and Tilla are stationed with one of the legions tasked with building Hadrian's Wall. A clerk goes missing, the natives (whose lands are being bisected) are restless, and then a body is found hidden in the wall....

And then things really get interesting!

Downie knows how to keep a series fresh and her characters continue to be wonderfully engaging. DEFINITELY NOT TO BE MISSED!

And that's it for my brief and decidedly eclectic list of best mysteries of 2014.

And in the spirit of the season, I'm going to keep this post brief.

After all, those memories ain't gonna make themselves.


Happy Holidays to you and yours!

Brian
Posted by DoolinDalton at 00:20