Frankenstein and Guildenstern Are Dead: Some post-Halloween musings that may prove humorous

Well, Halloween has come and gone, which means the heat has broken here in the Valley of the Sun. The snow birds are flocking in to crowd the restaurants and jam the roads; lawns burned brown by the summer are now greening up nicely; and my apartment balcony/patio has become much more habitable during daylight hours.

This means I can drag my laptop computer outside and write much more often, without worrying that the heat might fry its innards.  True, I'll shortly need to begin wearing a sweatshirt -- and, not much later, a hat and coat -- in order to join my laptop outside.

But I can handle that better than my laptop can handle the summer heat here in the desert.  And, as I write this, shorts, flip-flops and a thin cotton shirt are fine.

So is my cigar.

With Halloween behind, Thanksgiving looming up fast, and Christmas just around the December corner, this is a time I often find myself asking deep, introspective questions such as:

What's the best way to fit everybody into our new apartment (much smaller than our house) for Thanksgiving, and how shall I address turkey and or ham burning . . . er, uh . . . COOKING, in this slightly smaller, yet hotter oven?

Where are we going to put the Christmas tree?  (Thankfully, my wife's degree is in Interior Design, so that's her department -- which doesn't keep me from wondering.)

Should I splurge on 50%-off items at the local Spirit Halloween store, before they close, so we'll have plenty of liquid latex lying around when my son changes his mind and decides to enter the CosPlay contest at next year's Comicon?

And:  How and why, DEAR GOD!, do we have four cats?  My daughter recently moved out: why didn't she take one?  At least one! 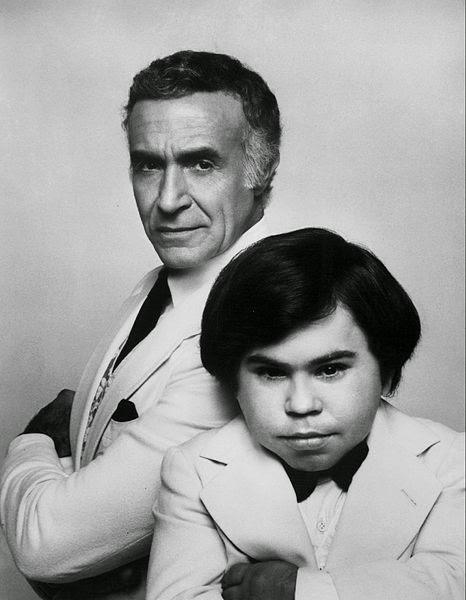 I suspect I'm not the only one with important and lingering questions, this time of year.  Here's a question my wife asked me while I was driving her to work, this morning:

Why did Tattoo always have to tell Mr. Roarke, "Ze plane, boss!  Ze plane!" on the TV show Fantasy Island?  Couldn't Mr. Roarke see the plane?  I mean, did being short give Tattoo a better vantage point for seeing a plane up in the sky?  What -- was Mr. Roarke like: "Sorry, I'm so tall, I had my head in the clouds and they obscured my vision of the aircraft.  Thank you, Tattoo,"?

How could I answer her?  I had no idea.  For all I know, the FAA recruits no one taller than 4-foot-7 as Air Traffic Controllers because shorter people see planes sooner than taller folks.  And, with this blog being posted on the internet, undoubtedly we'll soon see a television news program reporting my suggestion as factual data -- in a 15-second human interest story, used to segue into upcoming advertisements. My wife also said I should tell you more about Heli-casting, in which folks jump out the back of perfectly good helicopters flying about 20 feet above the water and moving forward at up to 20 or 25 knots air speed.

This is a pretty good picture of a heli-casting op, but I have no idea why that fellow is wearing a helmet. We never wore helmets when heli-casting; just kept boonie hats in our pockets (jumping bareheaded because otherwise the wind and water would have knocked our hats off and we would have lost them.

In this person's right hand, s/he is holding his/her rucksack (which looks a bit too small to be useful, frankly), while that collection of elements in his/her left hand are fins and mask (and possibly snorkel).  Which leads me to another important question:   Where is this person going to put that helmet, once s/he has that mask on?

The rucksack in the heli-caster's right hand should be attached to the jumper with a tow line about 20 to 25 feet long, and made of lightweight rope or 1-inch nylon tubing with snap links at either end, so it can be snapped on and off of the ruck and the caster's equipment harness.  As s/he jumps, s/he should throw the ruck to his/her right, while trying to throw his/her body left.  This, hopefully, keeps the heli-caster from landing on the ruck, which might be painful.

Meanwhile, those folks in the water who seem either to be waving, or to be in the final throes of drowning, are actually doing neither.  They are signalling the helicopter's loadmaster that they have arrived in the water without killing themselves in the fall, and are well enough to be left behind to continue the mission.

And, speaking of Fantasy Island (honest, I really did mention it before; if you don't believe me just scroll up several lines), I remember reading what may be an apocryphal tale, about the show's origins.
Supposedly, Aaron Spelling and Leonard Goldberg were trying to sell some TV series ideas to an ABC executive, who shot down every suggestion they made.  Finally, in frustration, Spelling blurted out: "What the heck do you want?  An island that people can go to, to have all their sexual fantasies realized?"  (or words to that effect)  The executive (I know you'll be shocked by this -- SHOCKED!) loved the idea and gave them the green light to develop the project.  (And we thought we had it rough, as writers...)

And now, having been awake working all night prior to writing this, I'll post it and go to bed.  So that I might arise refreshed and head back to the salt mines. 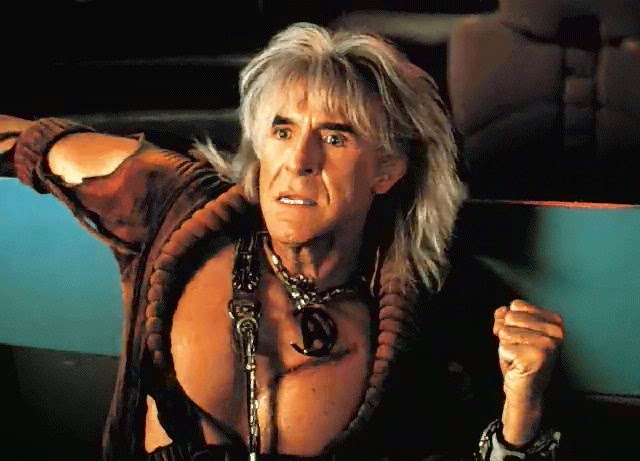 This false quote posted in tribute to anon's comment.
See you in two weeks!
--Dixon