What if you found out there was a place where miracles really happened?  Deep in the jungle, far away from any prying eyes.  Would you go?  And why?  Is it a miracle you want, or a miracle you fear?  Do you need to ask for it, or to stop it?  What is it that you want?  And what would you do if you found out it was all true...  but there is a price?  David Dean's new thriller, The Purple Robe, offers a wide range of answers to these questions and more.

The small quiet Yucatan town of Progreso, on the Gulf of Mexico, far from the tourist hot-spots, is under the bewildered care of young Father Pablo, awkward, uncertain and with a little bit of a drinking problem.  (They don't call him Father Tomato for nothing.)  His acolytes don't respect him; his congregation is dwindling; and then there are Dona Marisa Elena Saenz, a/k/a La Viuda Negra (the Black Widow), and the local police Captain Barrera, two people who always manage to make him feel...  inadequate, if not downright wrong.

Ironically, although Dona Marisa and Captain Barrera have nothing in common, both express a concern about the missing Alcante boy, some say lame, all say drug-addicted, and last spotted out at a rotting plantation in the jungle, perhaps walking...  Perhaps he's joined the insurrectos; perhaps he's found something else.  There are rumors about a ruined place with a holy relic, a secret site with secret pilgrimages:  much to Father Pablo's chagrin, the Archbishop asks him to investigate.  But where? How?  His main clue is a leaflet, given to him on a bus by a woman named Veronica: 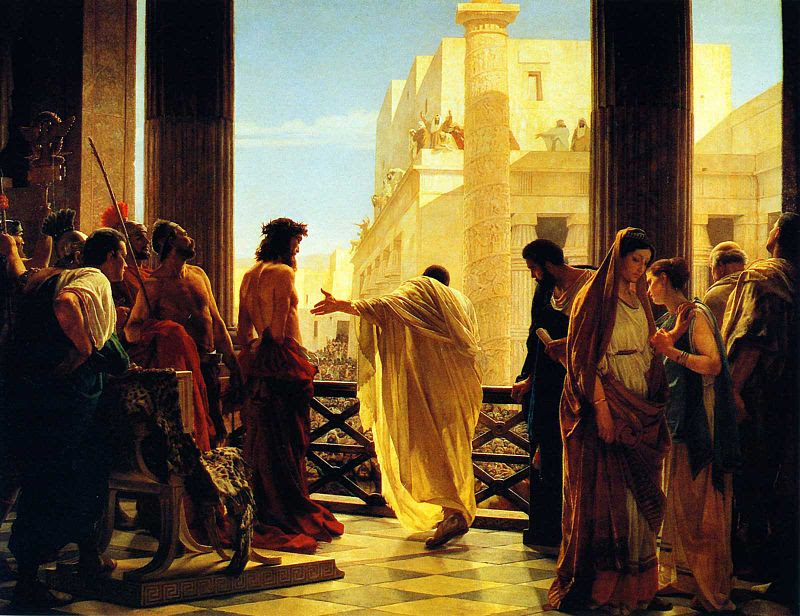 "Ask and ye shall receive":
the only words underneath a wood engraving of Jesus
beaten and bloody in a purple robe;
surrounded by Mayan warriors instead of Roman centurions. 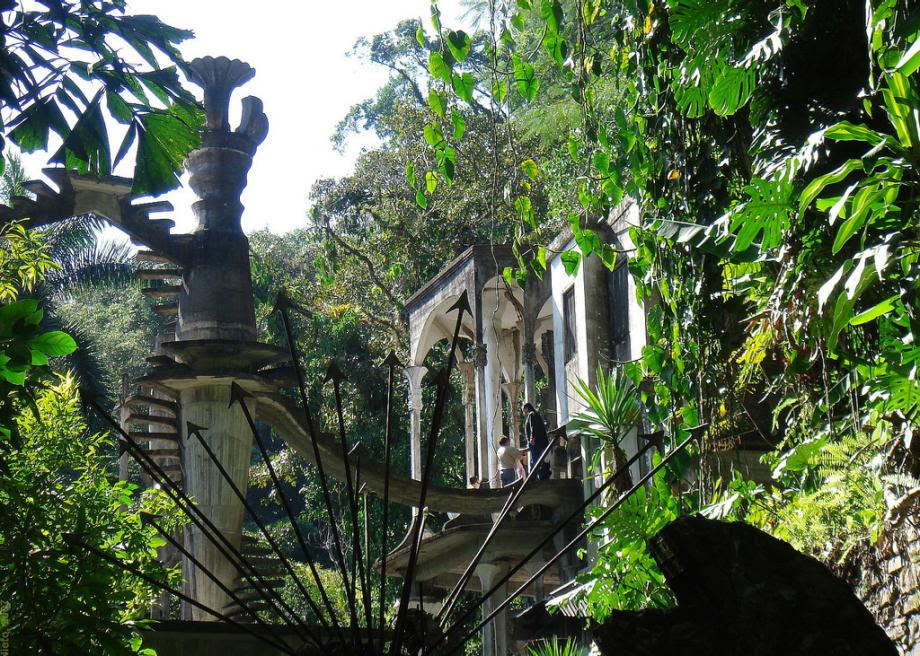 Veronica takes him deep into the jungle, to a nightmare of a plantation, the disintegrating mansion of a Yucatan Miss Havisham, Dona Josefa, a woman as old as time and either a mystic or mad, who holds a relic that she claims is a fragment of the purple robe worn by Christ at his trial.  Surrounded by Mayan guards, and ever-increasing numbers of pilgrims, including two wealthy Norte Americanos, Father Pablo finds himself in a world in which hope, faith, need, and desperation make people willing to do anything to achieve what they want:  healing, power, prayer, control, hope, fear, and even death.

Especially if someone is willing to do anything to stop another miracle from happening...

The Purple Robe is a Catholic fable, an evocation of the Yucatan, a religious thriller, and quite a ride. And it's worth thinking about:  What if you found out there was a place where miracles really happened?  Deep in the jungle, far away from any prying eyes.  Would you go?  And why?

Can't wait to read THE PURPLE ROBE, and, in answer to Eve's question, you'd better believe I would go there. Congratulations to David on this publication and to Eve for a great review.

A fine review and congratulations again to David!

Thanks for the well-wishes Leigh, Fran, and Janice. And especially, my thanks to Eve who was good enough to read, "The Purple Robe," and then write such a very kind review.

An excellent review and an excellent book! I finished reading it last weekend and can recommend!!

Thanks, Stephen! I'm so glad that you enjoyed it.