A few nights ago, I watched the final episode of the final season of the HBO series The Wire. I came into this project a little late--most of my writer friends had already seen the series in real-time, week by week, during its run from 2002 to 2008. I watched it on DVD, but thank goodness I never heard any spoilers beforehand and went through the whole sixty episodes without any prior knowledge or preconceived ideas. And I can now tell you this: The Wire is one of the best TV shows I've ever seen. Great setting, great acting, and--above all else--great writing.

Much has been said about this series, especially its authenticity and production values. I won't bore you with a rehash of all that, except to say that it's an extremely honest, gritty, and realistic view of the police and the drug trade and the press and city politics. And it's done nothing but reinforce my belief that HBO has created some of the best series on television: The Sopranos, Rome, Deadwood, The Newsroom, Game of Thrones, Boardwalk Empire, and others.

We writers love things like good storylines and character arcs, and--probably because its screenwriters included novelists like Dennis Lehane and George Pelecanos--The Wire had some of the best. Those of you who saw the whole series might especially remember the journey of drug addict Reginald "Bubbles" Cousins, but there were many others as well. The show also consistently delivered smart, snappy, believable dialogue.

Speaking of dialogue (speaking of dialogue?), my mission today is to give you some of what I consider the best quotes from The Wire. The characters who spoke these lines will live forever in my memory, but--since my memory is certainly not the best--some of the following quotes are paraphrased. 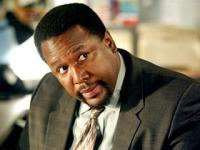 A man must have a code. -- Detective Bunk Moreland

I ain't no suit-wearing businessman like you. I'm just a gangsta, I suppose. -- Avon Barksdale

McNulty, I hold you in contempt. / Who doesn't? -- Judge Daniel Phelan and Detective Jimmy McNulty

It's Baltimore, gentlemen. The gods will not save you. -- Police Commissioner Ervin Burrell

A lie ain't a side of a story. It's just a lie. -- victim of inaccurate newspaper article

A life, Jimmy. It's the s*** that happens while you wait for moments that never come. -- Detective Lester Freamon

The game is out there. And it's either play, or get played. It's that simple. -- Omar Little

Did he have hands? Did he have a face? Yes? Then it wasn't us. -- Russian mobster

Hell, if you can't win the war on drugs in a prison, where the hell you gonna win it? -- McNulty

Pawns, man, in the game--they get capped quick. They be out the game early. -- D'Angelo Barksdale

Look around. The pond is shrinkin', the fish are nervous. -- Baltimore Sun editor, after a recent downsizing

For you I would suggest some pant-suits, perhaps, muted in color. Something to offset Detective Moreland's pinstriped lawyerly affectations and the brash, tweedy impertinence of Detective Freamon. -- Sgt. Jay Landsman

There ain't no rules for dope fiends. -- "Bubbles" Cousins

He was a dead man when he opened his mouth. He's just walkin' around not knowin' it. -- Marlo Stanfield

You're stealing from those who themselves are stealing the lifeblood from our city. You are a parasite who-- / Just like you, man. / Excuse me? / I got the shotgun, you got the briefcase. -- Omar and attorney Maurice Levy, in court

You follow the drugs, you get the drug addicts and the drug dealers. But you start to follow the money . . . and you don't know where it's gonna take you. -- Lester Freamon 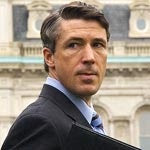 I will kick his ass. But the next morning I'll still wake up white in a city that ain't. / Just a weak-ass mayor in a broke-ass city. -- Tommy Carcetti and Norman Wilson, discussing upcoming election

That's my money. / Man, money ain't got no owners. Only spenders. -- Marlo and Omar

We used to make s*** in this country. Build s***. Now we just put our hand in the next guy's pocket. -- dockworker Frank Sabotka

You put fire to everything you touch, McNulty, and then you walk away while it burns. -- Freamon

The bigger the lie, the more they believe. -- Bunk Moreland

Murder ain't no thang, but this here--this is some assassination s***. -- Slim Charles

Ain't no shame in holdin' onto grief. As long as you make room for other things too. -- Bubbles

What exactly do you do for a living, Mr. Little? / I robs drug dealers. / How does a man rob drug dealers for eight or nine years and live to tell about it? / A day at a time, I suppose. -- prosecutor and Omar, in court

It's a cold world, Bodie. / I thought you said it was gettin' warmer. / World goin' one way, people another, yo. -- Poot Carr and Bodie Broadus

You put a textbook in front of these kids, put a problem on the blackboard, teach them every problem in some statewide test, it won't matter. None of it. Cause they're not learning for our world. They're learning for theirs. -- ex-cop Bunny Colvin

You'd rather live in s*** than let the world see you work a shovel. -- Lt. Cedrick Daniels

You come at the king, you best not miss. -- Omar

What makes you think they'll promote the wrong man? / We do it all the time. -- Daniels and Burrell

One more favorite quote. This isn't from The Wire--it's from an episode in the second season of Boardwalk Empire, another great HBO series. A Catholic priest, hoping to receive a donation to the church, is speaking to the wife of Atlantic City gangster Nucky Thompson. Again, I'm paraphrasing:

A man once was invited to visit both heaven and hell. First he went to hell, where all the tormented souls were sitting at tables laden with food, yet they were starving and howling with hunger. Each soul had a spoon, but the spoons were so long that they couldn't get them into their mouths. Their frustration was their torment.

Then he visited heaven. In heaven, to his amazement, the man found the souls of the blessed sitting at similar tables laden with food, but they were all fed and contented. Each had a spoon and the spoons were just as long as the spoons in hell, but they were able to eat all they needed . . . because they were feeding each other.

Who says you can't pick up a life lesson from a TV show?