Sounds like the name of a drive-in movie from the 1960s, right? Not this time. The Daddy's Girl Weekend I'm referring to is an annual writers' conference hosted by my friend and prolific mystery novelist Carolyn Haines. Carolyn was kind enough to invite me to be on the "faculty" for this year's DGW, which was held several weeks ago in Mobile, Alabama. Here's a link to the conference info. 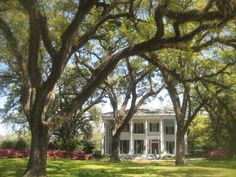 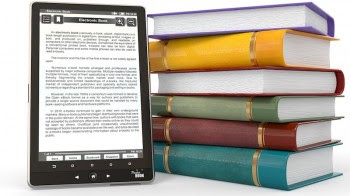 I just hope they invite me back next year.

Thanks, Dix, Fran, and Janice. It was a fun weekend. As most of the SSers agreed in a column not long ago, the best thing about these writers' conferences is seeing old friends and making new ones. Had a great time.

As for the website, I'll try to add some pizzazz to it soon, but it at least serves as a starting point. I'm impressed by what I've seen in fellow writers' sites and will try to plug some of that into mine. Best thing about this Weebly deal seems to be the ease of making changes.

Lots of good info here, John. Thanks! Glad you had a great time and I like your website, too.

Thanks, David. Some conferences, as you know, are better than others. I actually think I most enjoy those where everyone goes to the same sessions throughout, rather than having concurrent sessions--although I realize that depends on the size of the group.

I'm about to head out to a booksigning today, and sometimes you learn a lot from those as well.

Webpage looks good. I was going to say there are a couple of programs you can use to design your own, without a steep learning curve, and you simply pay them for the hosting. In my case, I hired a designer, but your point is well-taken that updates have to go through that third party, although my page allows me to post comments whenever I want. In any event, it's a necessary tool in this day and age.

Enjoyed your post, John. It sounds like you got to meet some interesting people. You already know I like your new website. Sorry, but your weather in Mississippi, bad as this winter was, couldn’t hold a candle to that of Minnesota. I grew up in Colorado and we still had a mild winter here compared to what I experienced there. Stay safe tomorrow, there’s some bad weather headed our way, with lots of tornado activity possible. I don’t know if it’s going to head your way or not.

John, nice looking web site. I'll have to take a look at Weebly.

Thanks, David. I figured there were probably other programs out there that are just as easy--I used Weebly only because it was mentioned in one of the panels I attended and it sounded good. As I said, though, I do have a lot yet to do.

Vicki, I heard there are indeed some bad storms heading through OK and AR, and will probably dip down into the deep south tomorrow and Monday. But no kiddin', I'm just glad the cold weather's done. Gimme some of them 80s and 90s--I don't mind the summertime.

Louis, you would've enjoyed the conference, my friend--there weren't just fiction writers there, but nonfiction folks, poets, etc., as well. And by the way, thanks for taking a look at my fledgling site--as I said, it's a W.I.P.

R.T., I'd be interested in what you think of the Weebly program. If you check it out, watch the YouTube video tutorials--they're pretty darn good.