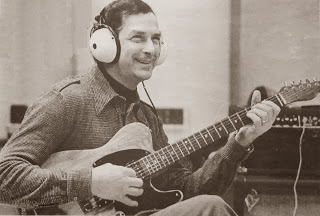 Folk music is not exactly trendy nowadays. There's not much call for it on the club circuit and fewer and fewer radio stations give it more than an hour a week, if that. But in some circles, there’s still interest in traditional music and nostalgia for the heyday of its popularization in America in the 1960s. Of particular interest to mystery lovers is the subgenre of murder ballads, which began centuries ago in England and Scotland, was brought to America and preserved in the Appalachians, added to by modern songwriters, and still sung with great relish by today’s aficionados of traditional music. 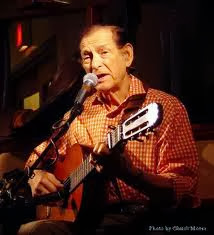 I was introduced to folk music in the late 1940s, when Oscar Brand, the “shoeless troubadour,” had a radio show on WNYC and Appalachian ballad singer Jean Ritchie was his frequent guest. (I saw them perform, both in their eighties and still singing up a storm, as recently as 2003.) 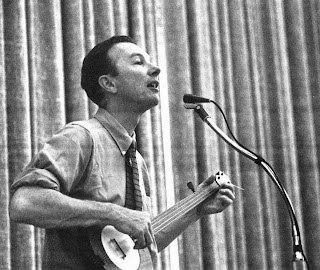 In the early 1950s, I went to a “progressive” summer camp, where I heard the legendary Pete Seeger, already a hero in those circles as the successor to Woody Guthrie, long before the Weavers burst onto the scene. In high school, I was already one of those kids who partied by sitting on the floor with our guitars rather than going to dances or drinking in cars. 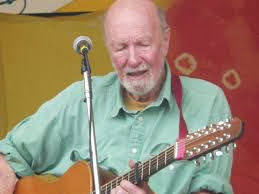 I was a college freshman the year Joan Baez’s first album came out. She sang the true crime song, “Mary Hamilton,” in that one—well, maybe an apocryphal true crime song, in which one of the queen’s ladies-in-waiting gets pregnant by the king (one of the Stuarts, reign unspecified), gets rid of the newborn by sending it out to sea in a little boat, and gets hanged for it. 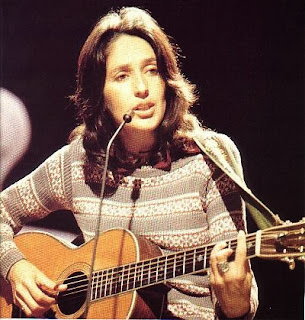 The second album included “The Silkie,” a ballad from the Orkneys of which I already knew and sang a more traditional version: the legend of the seal turned human (to which I added a serial killer twist in a short story many years later), and “Banks of the Ohio,” one of many in which a man kills his pregnant girlfriend so he won’t have to marry her. (Others are “Pretty Polly” and “Down in a Willow Garden.”) On the third album was “Pretty Boy Floyd,” a true-crime song about a bank robber who may or may not have had Robin Hood-like ideals. (The song says yes: “As through this world I’ve wandered, I’ve met many kinds of men/Some will rob you with a six-gun, and some with a fountain pen.” The 2009 movie Public Enemies showed a different side of Floyd.) On the same album was “Matty Groves,” about a man who sleeps with a lord’s wife and gets killed when the husband catches them in bed together. The Irish group Planxty had a version I like even better, in which the doomed lover is “Little Musgrave.” 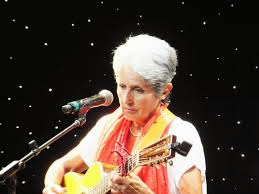 Somebody is always dying in folk music and its contemporary counterparts as modern songwriters continue the tradition. One of my favorites is “Long Black Veil,” written in 1959 and performed by everybody from Johnny Cash to the Chieftains. That one’s a paranormal murder mystery with a twist: the first person protagonist tells the story from beyond the grave, having been hanged for a crime he didn’t commit with an alibi he couldn’t use: he was “in the bed of my best friend’s wife.” In the 2000 film, The Songcatcher, a collector of Appalachian ballads in 1907 finds the local folks playing out the themes of true love betrayed and two-timing husbands murdered as well as singing the ballads brought over from England and Scotland two hundred years before. In my folksinging days, my mother always used to say, “Can’t you sing something cheerful?” She didn’t live to see me a published mystery writer (she’d have been 105 when the first book came out), but if she had, no doubt she would have asked, “Why does somebody have to be murdered?”
Posted by Elizabeth Zelvin at 00:01