A Good Day For Bad Days 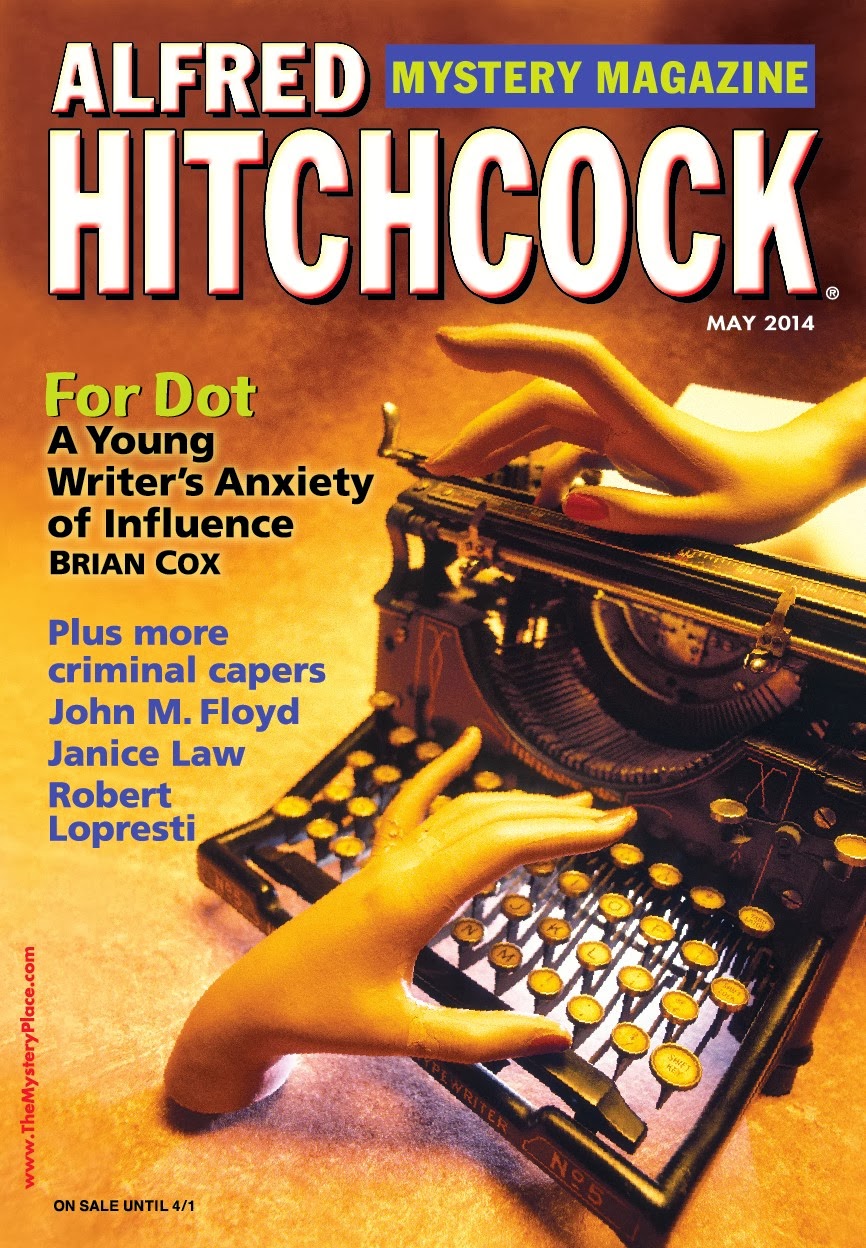 After I wrote this piece the Short Mystery Fiction Society announced the finalists for this year's Derringer Awards.  I am delighted to say that one of them is my "The Present," which appeared in The Strand Magazine.  If you are interested I wrote about the story here.

I am pleased to report that the May issue of Alfred Hitchcock's Mystery Magazine, on newsstands now, features my twenty-third story for that august journal.  I am even happier to report that number twenty-four was purchased in February.  So I may have a three-Hitchcock year twice in a row.

(And  I am delighted to see that two fellow SleuthSayers are on the cover.  Congrats John and Janice!)

But let's talk about where the idea for lucky twenty-three came from. Typically a story idea for me comes like a bolt from the blue, or it accumulates a piece at a time.  In this case, oddly enough, it did both.

You see, I had an idea for quite some time, but I lacked a place to put it.  I needed a setting where a group of strangers would be in close proximity and I couldn't find the right one.  Then, one day, I happened to be waiting in line for an estate sale  - the very one I described here  -- and I realized that that was the perfect setting.   I grabbed my notebook and started scribbling down all the possible ways I could use an estate sale in my story.

Then I needed a character, specifically a police officer who would be attending the sale as a customer.  And for my story to work he needed to be a specific kind of policeman.  Not to put too fine a point on it, I needed a cop who was not very good at his job.

Then I realized that I already had one.  A long time ago I had written a story called "A Bad Day for Pink and Yellow Shirts."  It described three men getting involved in a disastrous mess and having only a few minutes to come up with an explanation that made all of them come out looking good.  One of the characters was Officer Kite, a patrolman who had spent almost as much of his career suspended for various screw-ups as he had on the beat.

Just the man for the job.  I quickly enlisted him and realized that I had the title for my story: "A Bad Day For Bargain Hunters."  Like the first tale, this one is also told from multiple viewpoints.

I hope you enjoy the story, anyway.
Posted by Robert Lopresti at 00:02

Congratulations on being a Derringer finalist!
Good luck with that!

Rob, congrats on "The Present" being nominated for a Derringer.

Loved this story, but more importantly, CONGRATS on the Derringer nomination!!