(Happy May Day!  All the photographs are by my brother Tom LoPresti, used by permission  See more of his work here.)

I have written before about the seasons of  a writer's lfe, which have no necessary connection with the weather the natural world is producing  Nonetheless I seem to be experiencing a writer's spring this season.

Writer''s spring is the period when ideas seem to be popping up everywhere like seedlings out of the ground.

Here is a for-instance.  Normally I average about one song per month.  (By no coincidence I belong to a songwriting group that meets once a month.  I like to have something to bring there.)  But in the first seventy days of this year I wrote zero songs.  In the month that followed I averaged one a week.  Welcome to spring!

My brain seems to be open to stimuli right now in ways that don't happen nearly often enough.  Last week I was in a grocery store and I saw a young couple walking into the store.  I heard her say "..was an impulse buy."

I'm sure the missing word was "It" or "That" but my restless brain immediately went in a different direction.  I yanked out my notebook and started scribbling.

By the time I was home and the groceries were unpacked the whole song was waiting to be typed.

I have mentioned, probably too often, that I won the Black Orchid Novella Award last December.  I have lately been pondering writing another story with the same characters.  Thje first one was titled "The Red Envelope," which was a hat-tip to Rex Stout's novel The Red Box (the BONA is given out by the Wolfe Pack, which promotes Stout's works and menory).

I have a list of possible titles based on other Stout books, for future stories in the series.  I have been pondering "The Second Audition," suggesting Stout's The Second Confession.  But until a few weeks ago I had nothing but a title.  Then I got an idea I really liked, involving a mystery much more puzzling than a murder: a why-done-it.  The only problem was, I had no idea what the solution to the puzzle should be..

Then I woke up at three AM and the solution was staring me in the face.  Easy!

Recently Jan Grape wrote a lovely piece here about the middle-of-the-night-idea dilemma.  Do you get out of bed and write it down, or trust your memory?  I pondered that question for several minutes.  The idea seemed so good that I didn't believe it would vanish by morning.  On the other hand, putting it to paper might calm my restless brain and help me sleep.  Besides, Jan's piece was a good reminder of what can happen if you go nighty-night, so I dug up a pen and paper and wrote down two sentences.

That idea is still sprouting branches.  We will see if I ever get around to writing it.

A day, a week, or a month from now the writer's spring in my head will die away and I will need to start growing the little blossoms into something that can be harvested.  But this is my favorite time of the metaphoric year. 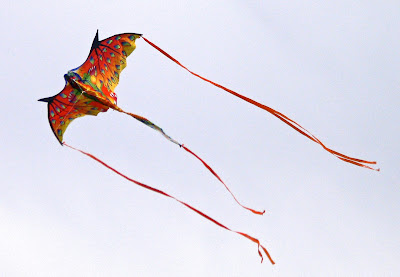