Return of the Epics 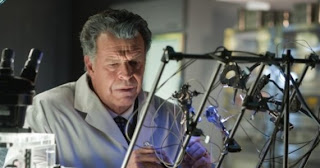 The human brain seems to be hard wired not only to enjoy, but to crave, stories, and the only differences between one era and another seem to be attributable to fashion. Within living memory, short story writers were lavishly compensated in the big slicks and a bit later, mystery writers, in particular, could make money selling short stories to anthologies like Alfred Hitchcock Presents.

How times have changed. The short story as a profitable item is on its last legs, with the genre as a whole eroded by short shorts and flash fiction, and paying outlets undercut by free content on the web. In contrast, some mystery novels are physically bigger than ever - Elizabeth George's latest clocks in at 608 pages - amazing, considering that the readership skews older and older.

But if demography is not on the side of the novel, mega or otherwise, another even older genre is alive and well. I refer to what the lit crowd would call 'the romantic epic,' namely a concoction of adventure, suspense, mystery, amorous interludes, and sometimes supernatural elements. The romantic epic is big and open ended, and now that television has spared us from actually reading such a thing, its latest incarnations are making big money for networks and cable franchises.

From the mystery writer's point of view, these are interesting because they incorporate so many elements of mystery and suspense. Some like the recent and much admired Homeland start with a clear, dominant plot line. Others like the cult fave Fringe started out as a collection of weird events and have gradually developed into a classic quest narrative with mystery elements.

Both Homeland and Fringe are marked by fine production values and excellent acting. Claire Danes just got a Golden Globe for her work, and surely both Damian Lewis and Mandy Patinkin should have been considered, as well. And Alfred Hitchcock never had such a budget. But the cleverly constructed episodes of Homeland would have done the master proud, even though this is not a who done it, but a will he do it, that is, will Sergeant Brodie, war hero P.O.W. turn out to be a violent Al-Qaeda operative?

The answer to this is kept in suspense and many of the episodes are constructed as investigations, as Carrie Mathison attempts to prove her suspicion that Brodie has been 'turned' during captivity. Even when it is clear that Brodie is not what he seems, his complex character and his mix of restraint and violence prevent any easy answers.

Fringe has had a more complex evolution. It started out as a child of The X Files, with a similar mix of horror, pseudo-science, and, given the progress in special effects, truly bizarre maladies and deaths. Even Sherlock Holmes would shake his head at some of the disasters that face Fringe Division.

Over the years, however, the plotting has taken on an almost archetypal dimension with guilt and salvation and heroes on strange quests, thanks to the connections between our universe and the alternate universe next door. Junk science for sure, but the acting from John Noble, Anna Torv, and Joshua Jackson is fine, and the characters, particularly the partly mad scientist Walter Bishop– think of a cross between Vincent Price and King Lear with a good sense of humor– are distinguished.

The show is strongest when it concentrates on the relationships among the characters, between Walter and Peter, the boy he rescued from the 'other side' who took the place of his own dead son. Between Walter and Olivia, the little girl he experimented on with a super drug, and between Peter and Olivia. It is weakest when it relies on acres of painted rubber and plastic and fake bodily fluids, but in both types of story, the armature of the whole is clearly on a mystery template.

This pattern of overarching plot line and mysteries solvable within the hour shows up in other popular long running shows as well, particularly the NCIS franchises. In both the D.C. and L.A. versions, a consistent cast with overall story lines anchors the weekly or in some cases bi-weekly mysteries.

Alas for the actual writers of short mystery fiction, however; the return of the long-running epic has not provided the same opportunities as the old Alfred Hitchcock hours. These are specialized corporate epics with the overall narratives controlled by their producers. Freelance work is not going to be possible here.

Still, the public appetite for long form fiction is reassuring, particularly when such fiction has so many mystery elements. Who knows when fashion may again smile on the mystery wordsmith?
Posted by Janice Law at 00:01